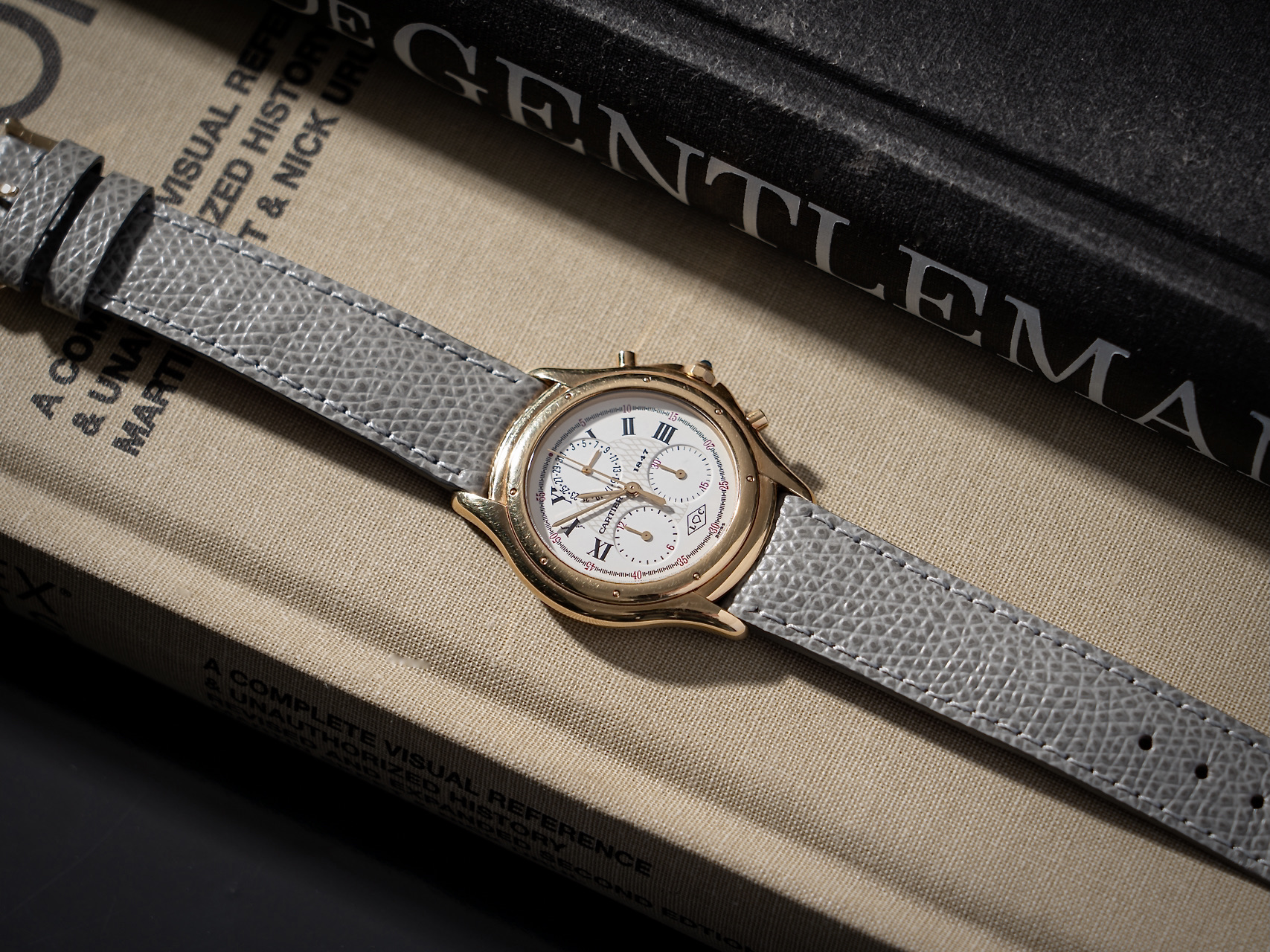 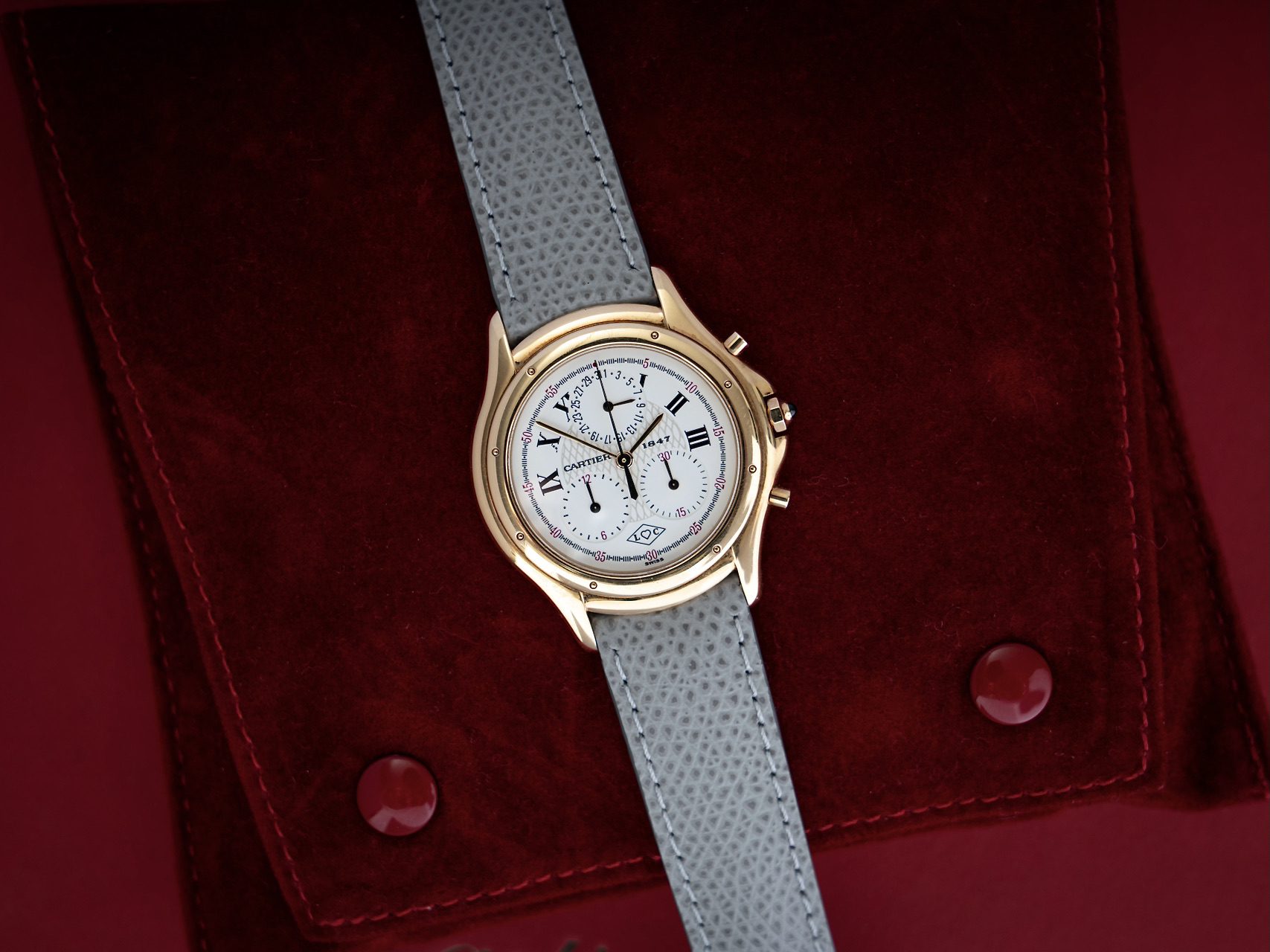 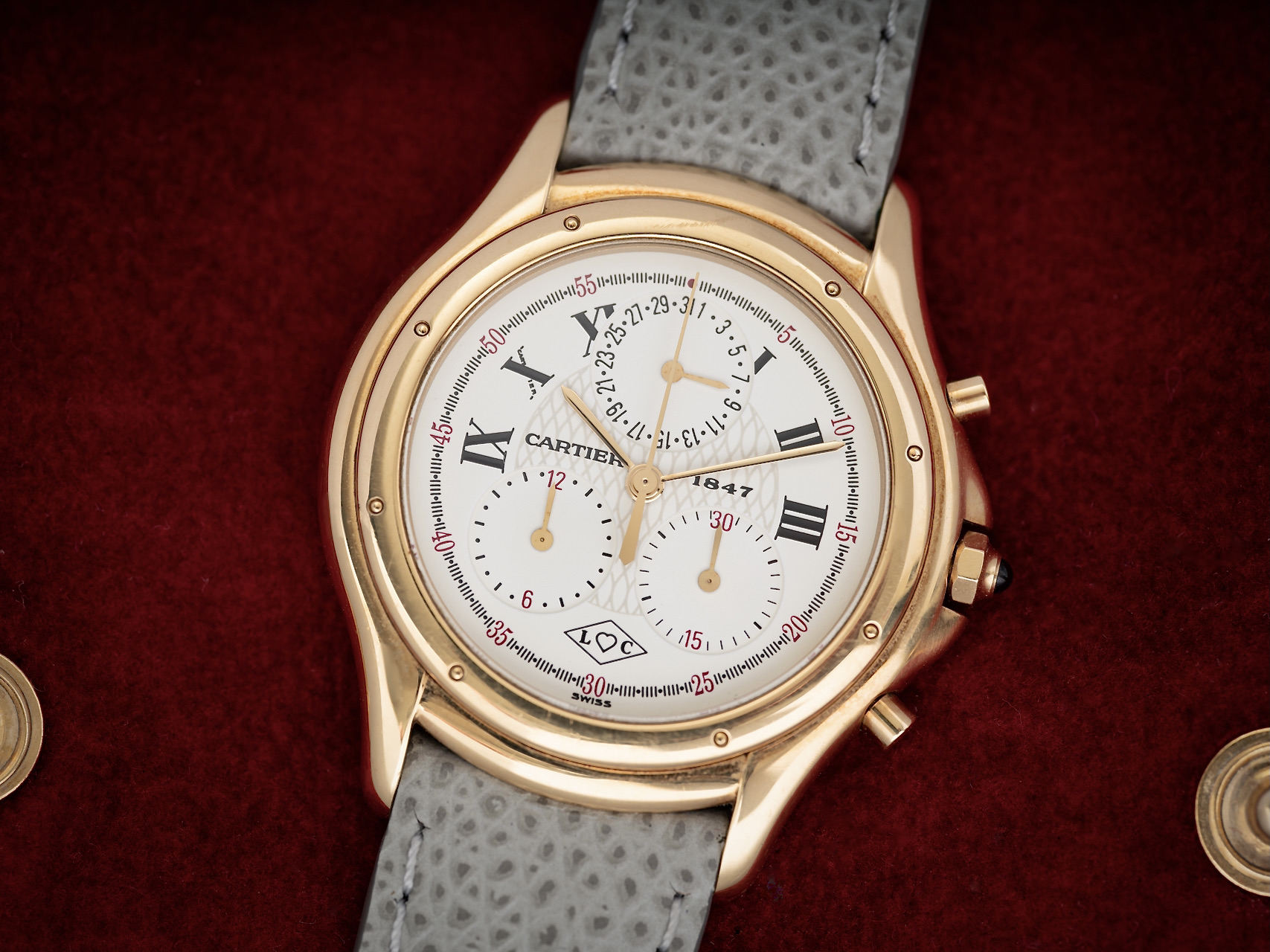 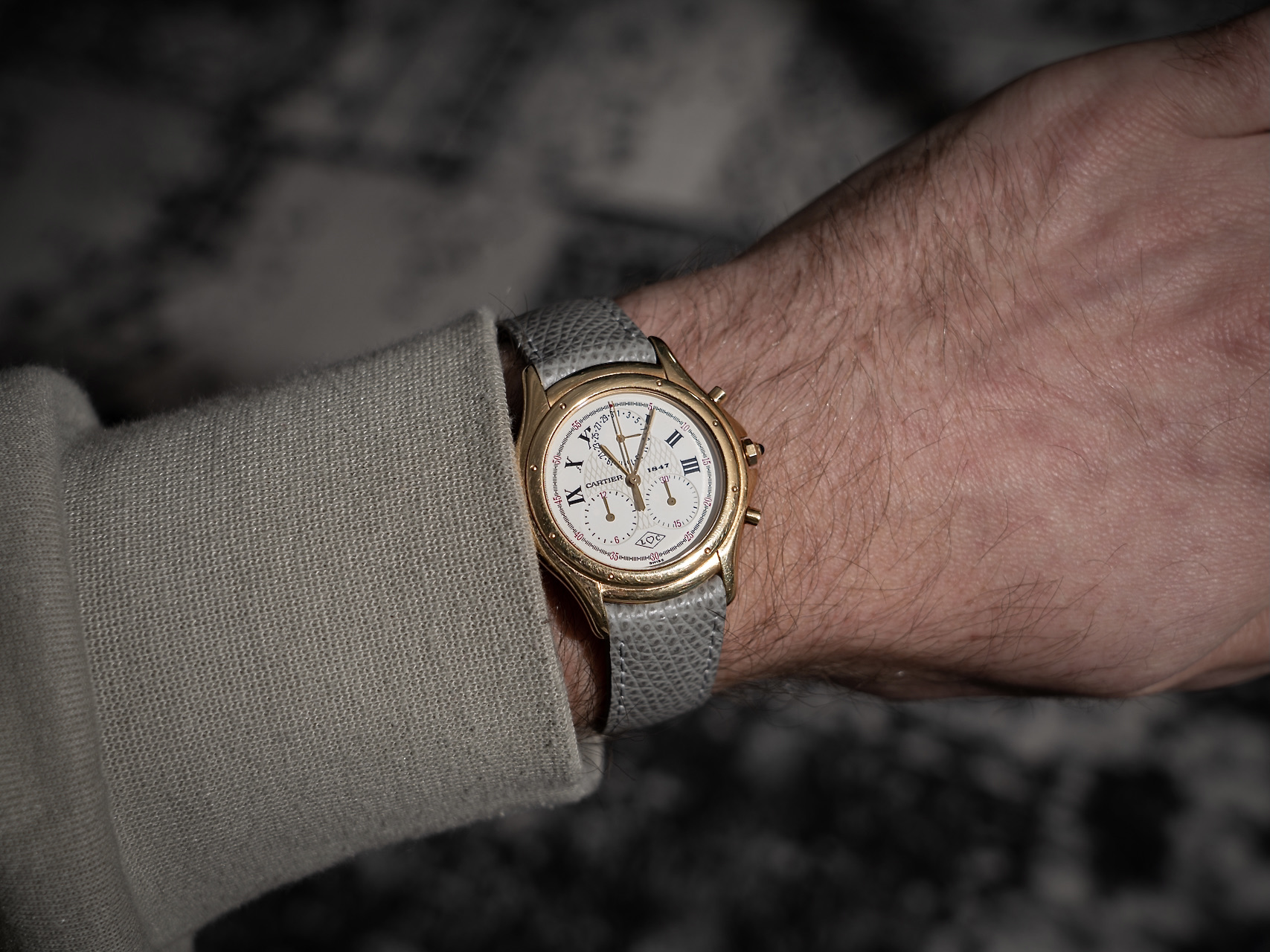 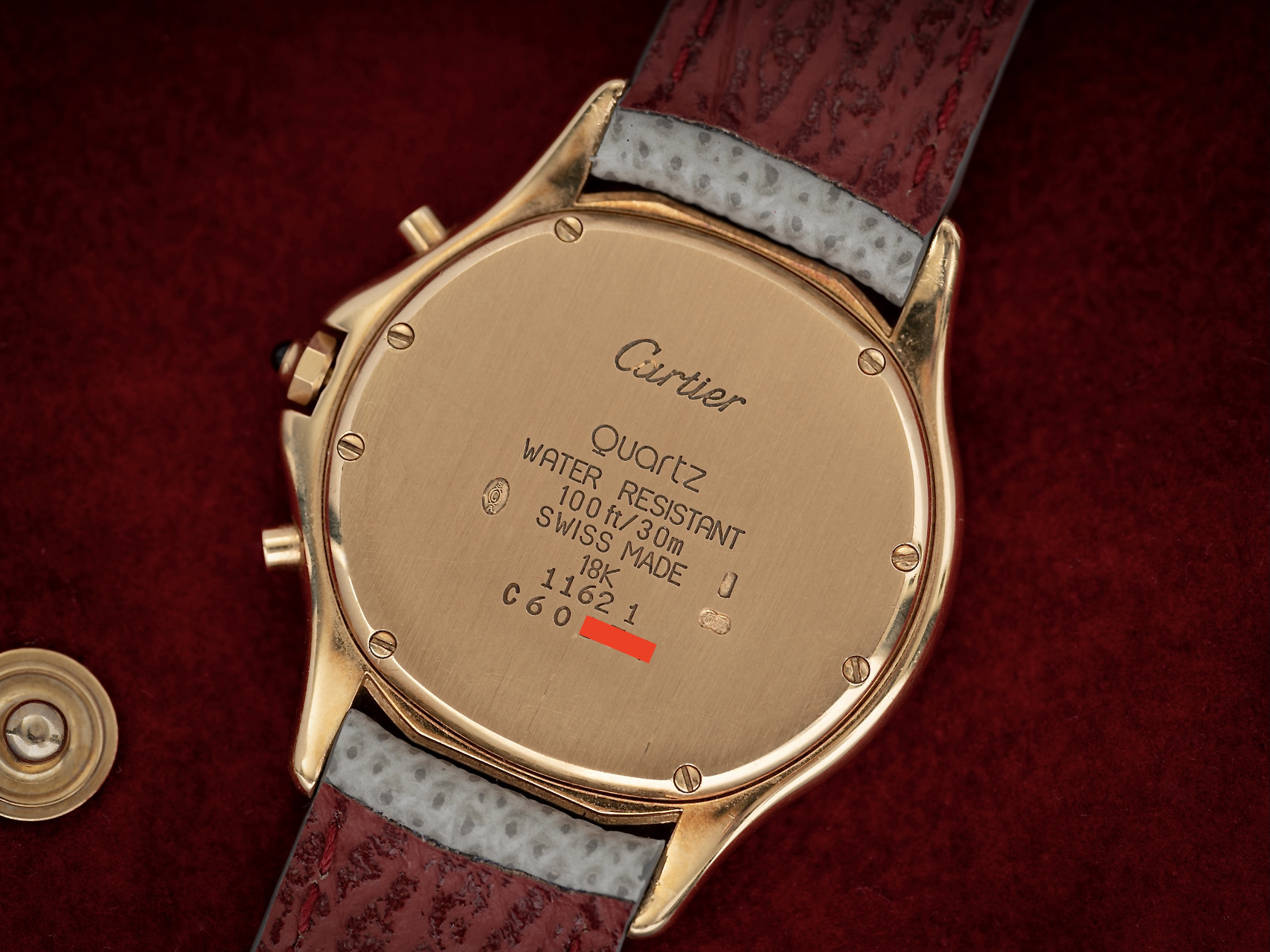 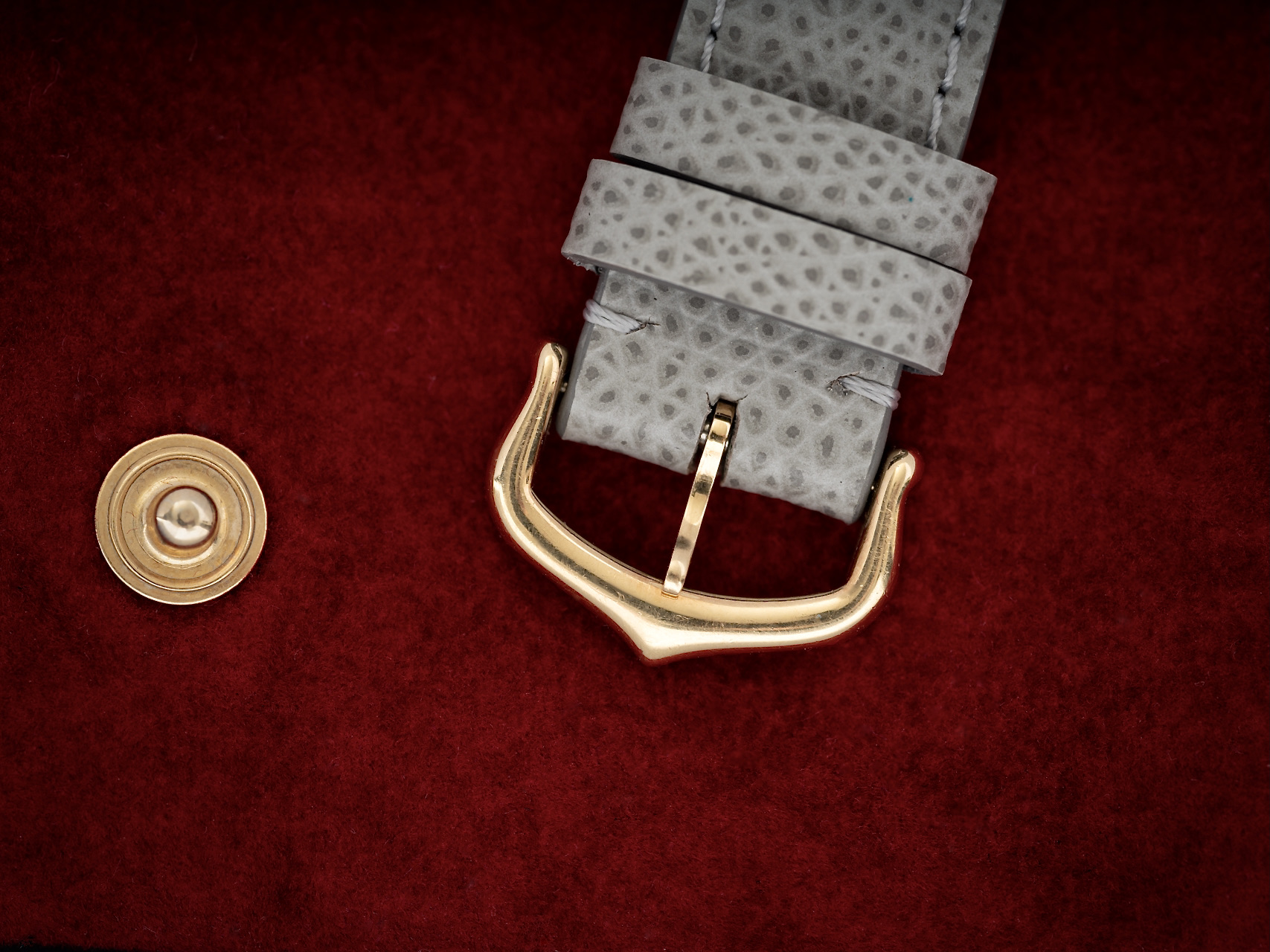 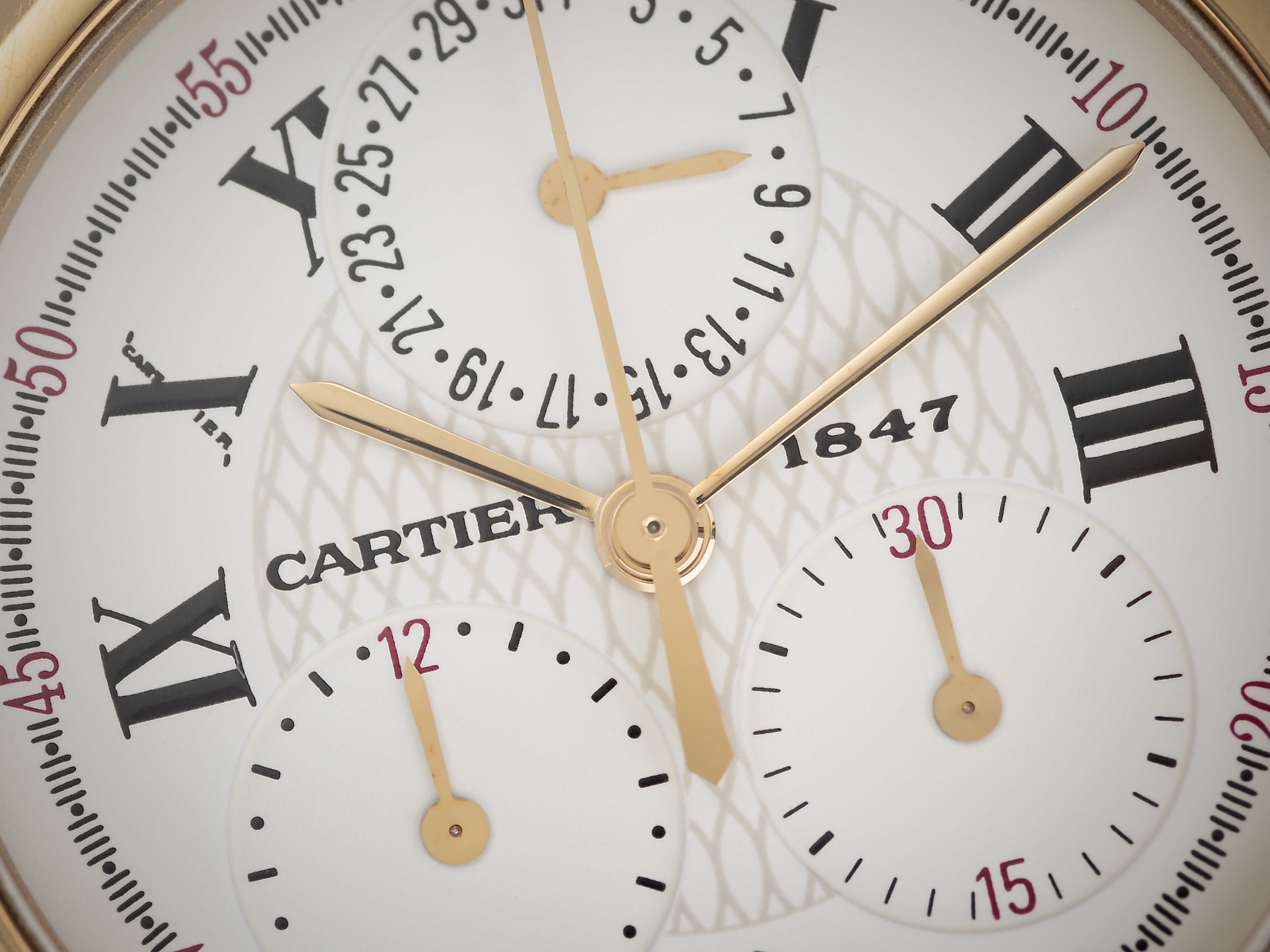 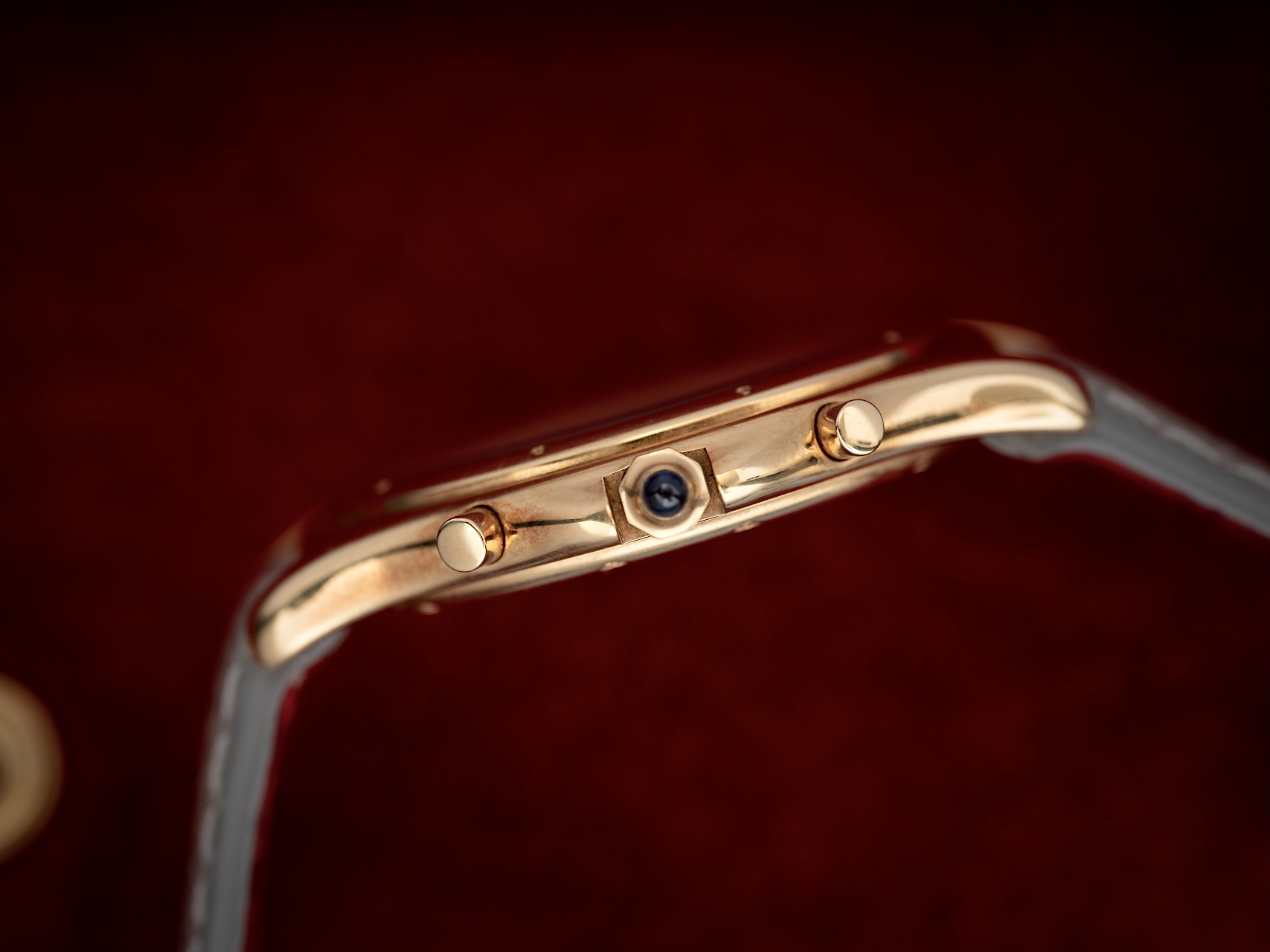 The rarest and most collectible watches have always been those that have never been for sale to the public. This Cartier Cougar Chronoreflex is such a watch, as it was only available for selected staff. Such ‘Staff Only’ watches are always marked on the dial by Cartier with a diamond with a heart between the letters L and C. As this particular Cougar Chronoreflex was made in 1997 to celebrate the 150th anniversary of the brand’s founding by Louis-Francois Cartier, it also benefits from the styling elements unique to this exclusive collection, like the intricate pattern at the center of the dial and red details. Interesting to note is that this is also the only time Cartier used its signature Roman numerals on the Cougar Chronoreflex, as all other models have plain, gold hour marker. This all combined makes it not only one of the rarest Cartier Cougar models but also the most desirable.

The Cougar Chronoreflex also offers the best of both worlds in a technical sense. It is powered by caliber 212P, a movement made by Piaget. As could be expected from one of the pioneers of the quartz technology, it is rather refined. It combines a mechanical flyback chronograph with a perpetual calendar, all powered by a quartz movement. This means that you get the appeal of a complicated mechanical movement with quartz precision. The movement itself is made in the manufacture of Piaget and is not only very thin but also exceptionally well finished, including Geneva stripping.

The previous owner spared no expense, as he had a strap custom made especially for this Cartier Cougar by Manufacture Jean Rousseau in Paris. It is a very tasteful combination of dove grey calf leather with a beautiful grain on the outside, combined with a lining of shark skin in Cartier’s signature red color. The strap has only been used twice, and is just like the watch in exceptional condition.

This Cartier Cougar Chronoreflex STAFF ONLY wristwatch was fully serviced by our Cartier trained watchmaker and will be delivered with a 24 month warranty.