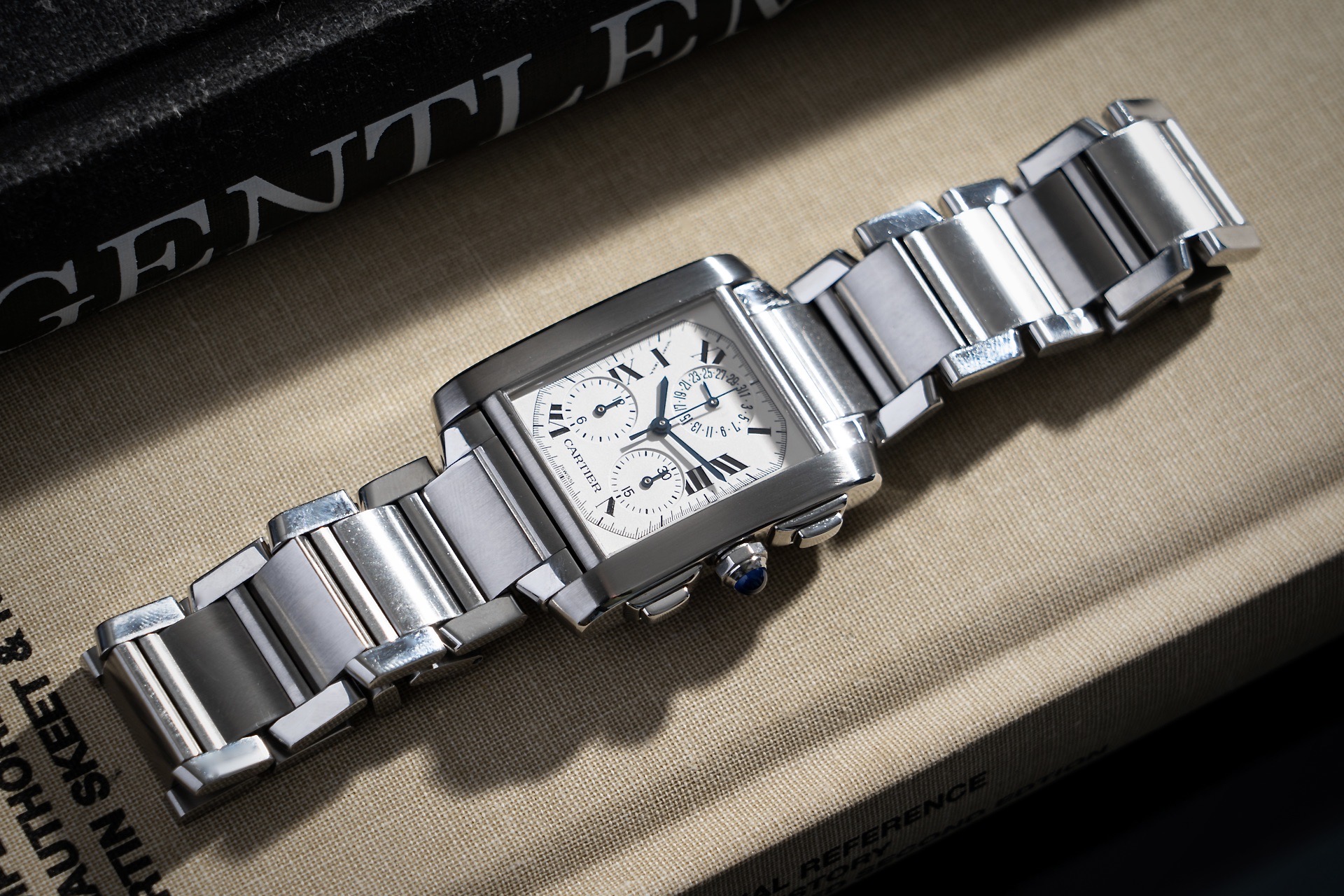 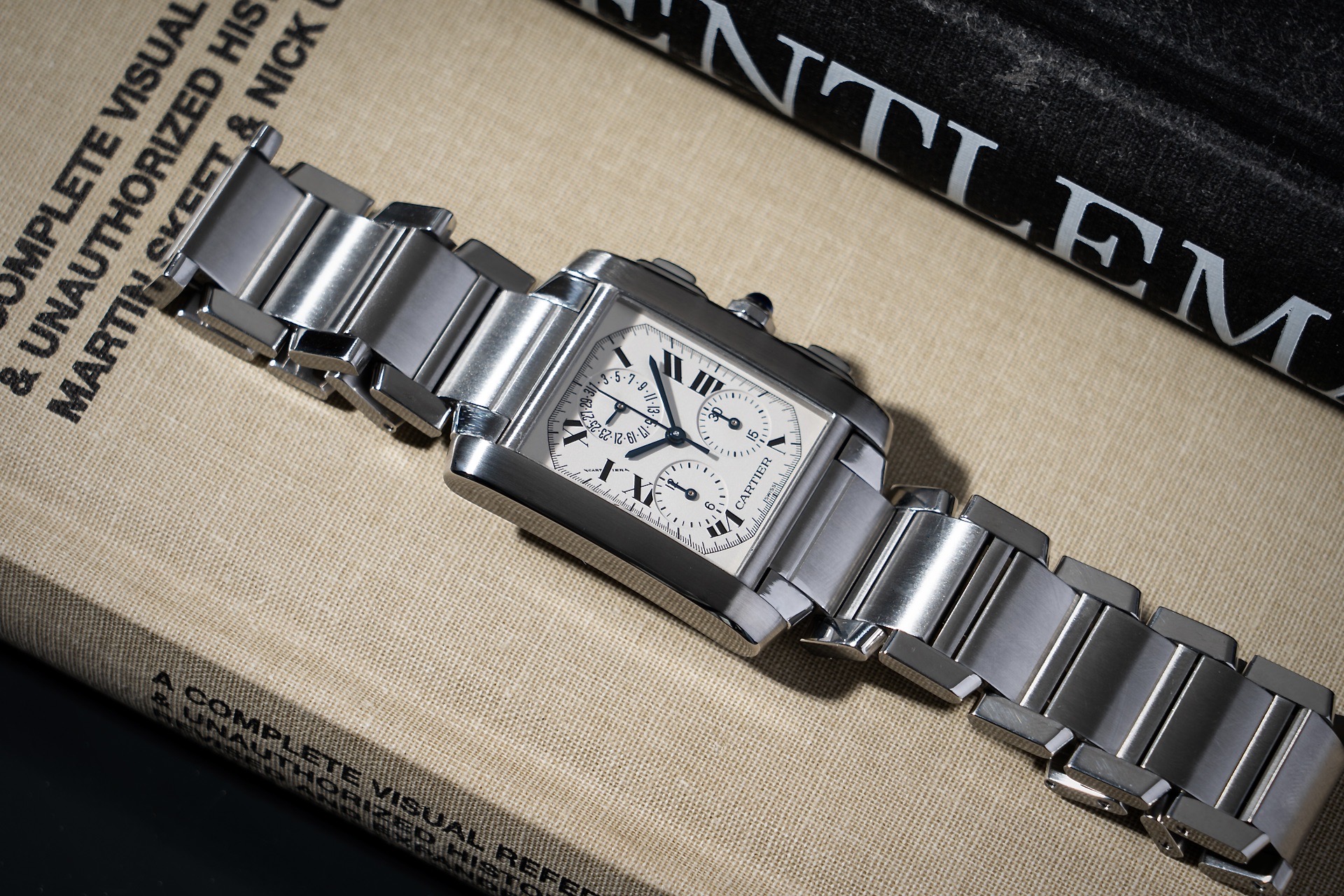 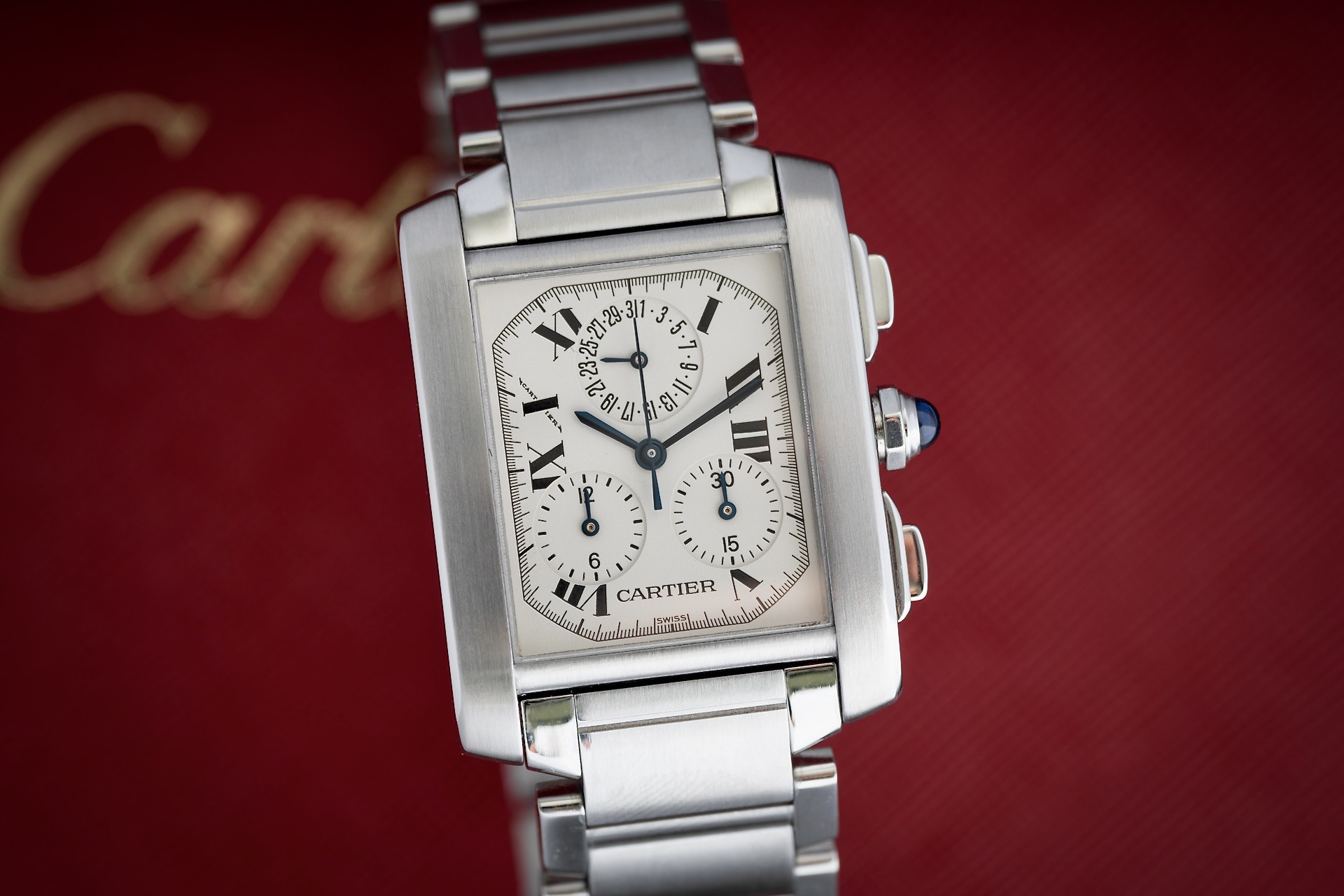 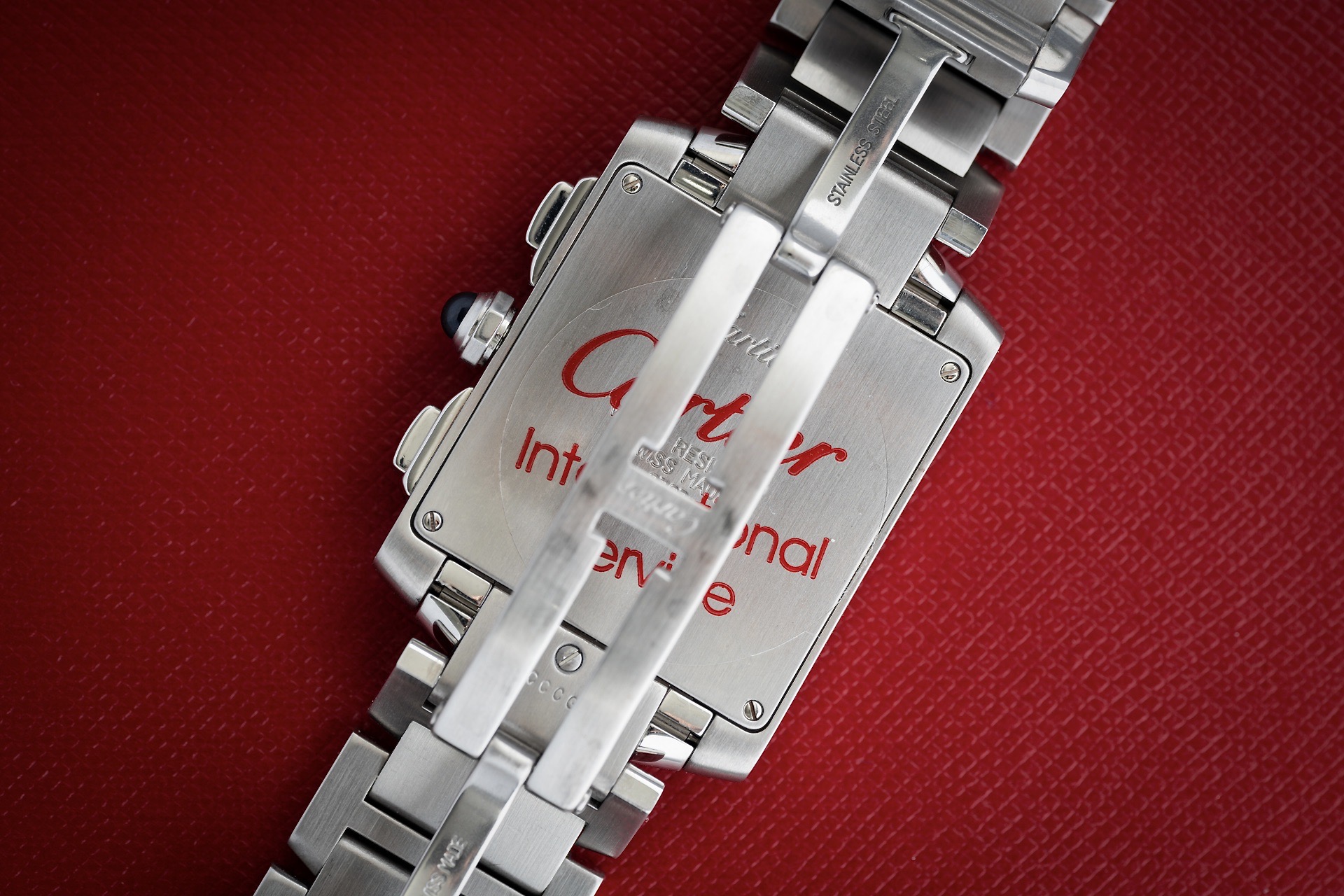 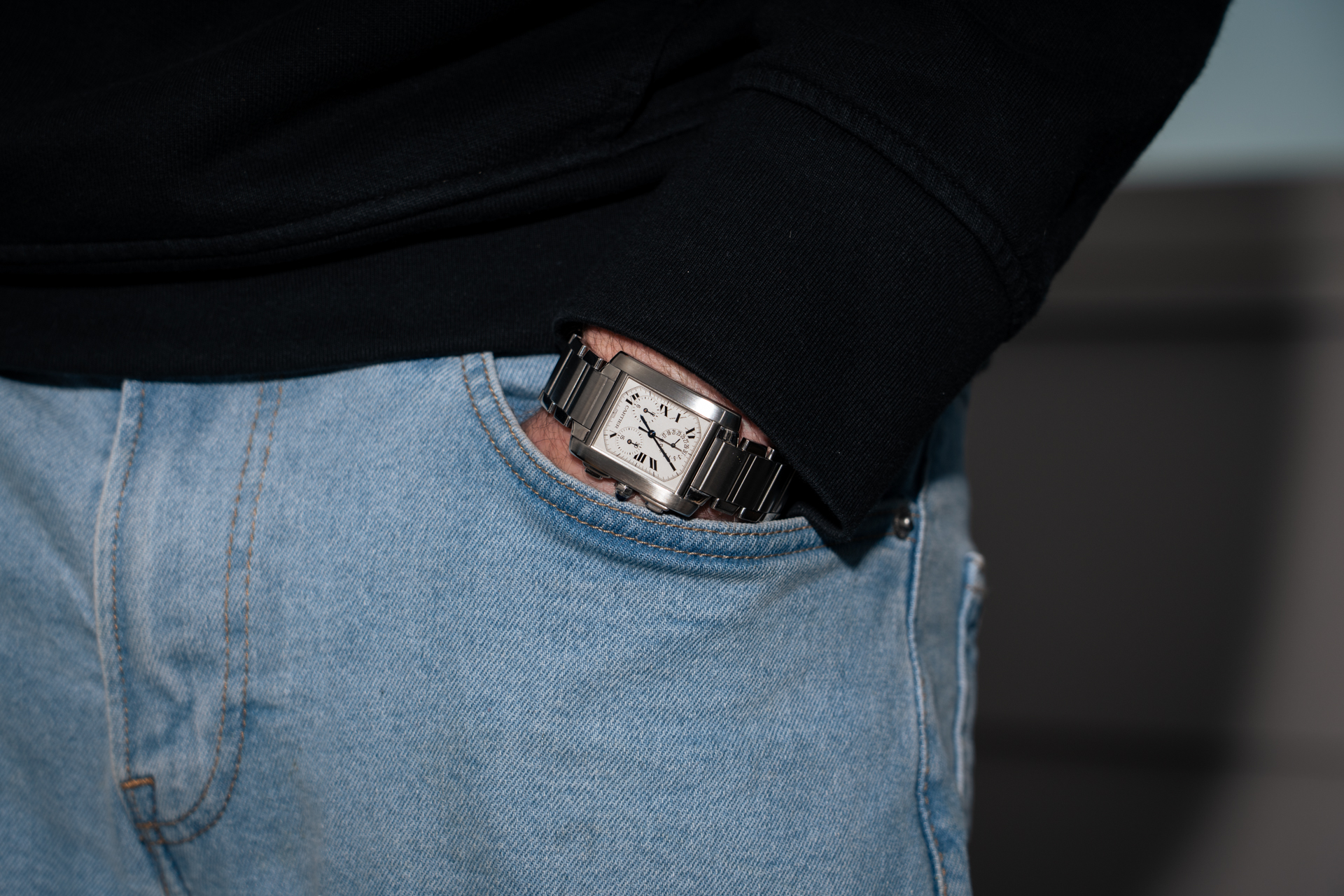 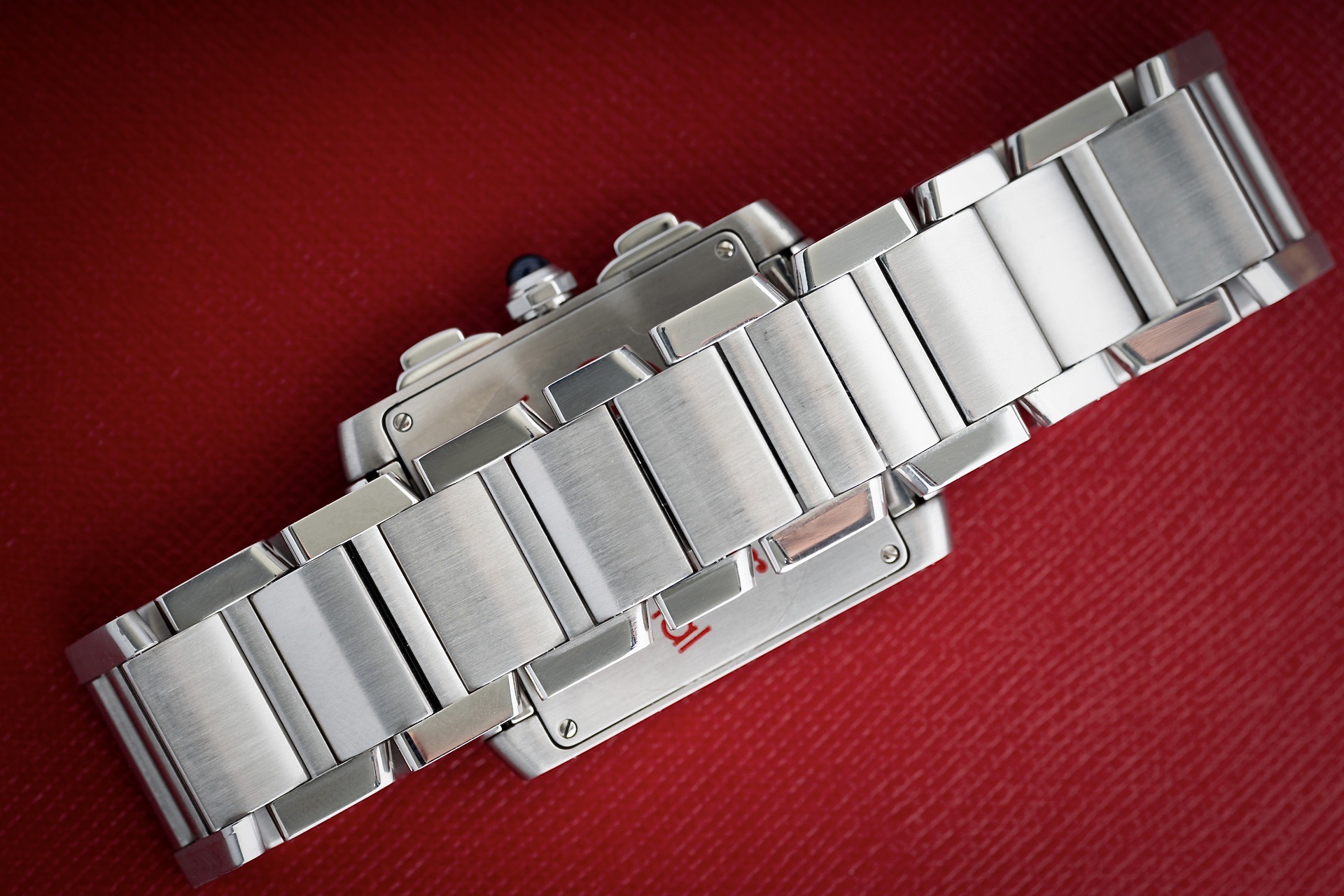 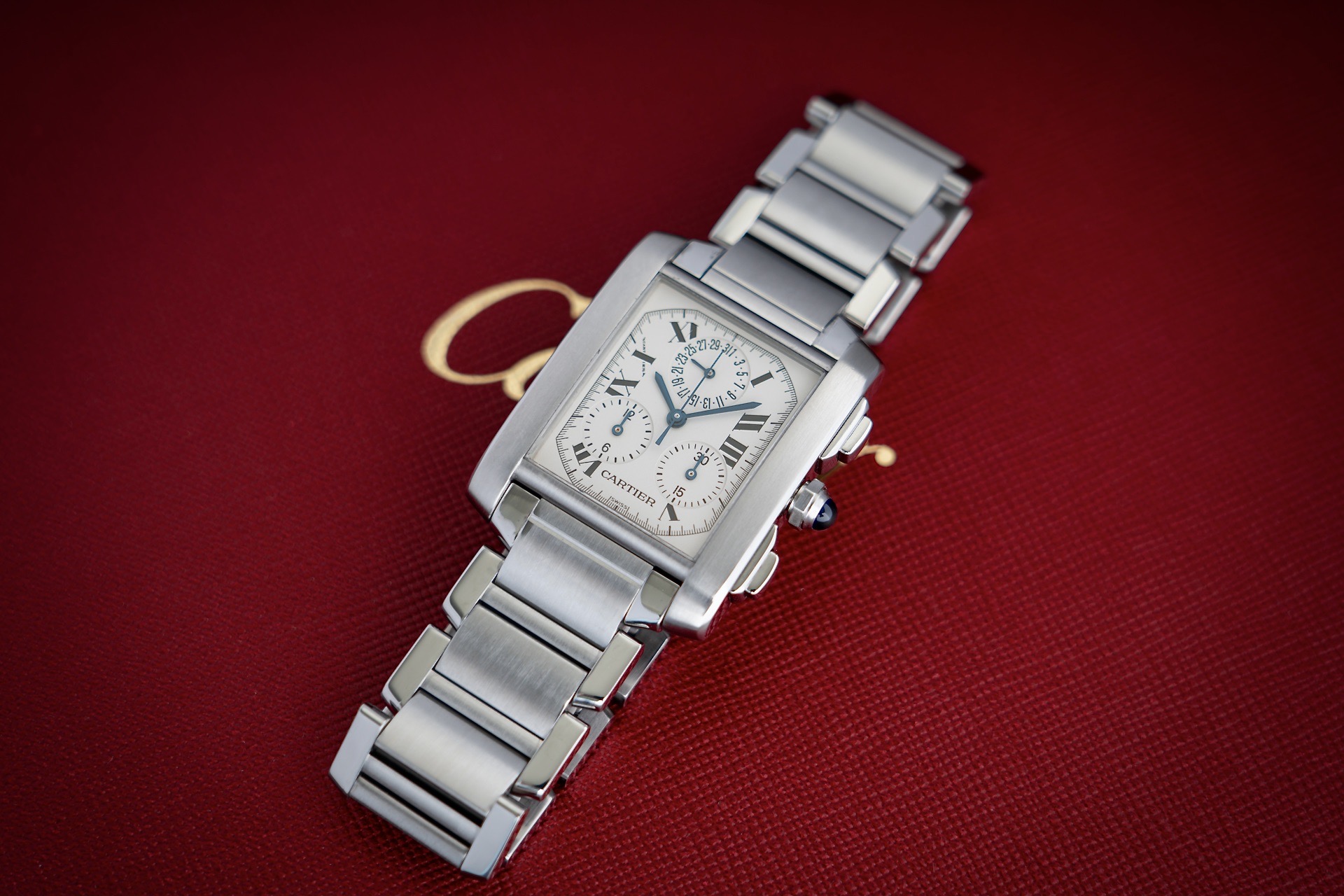 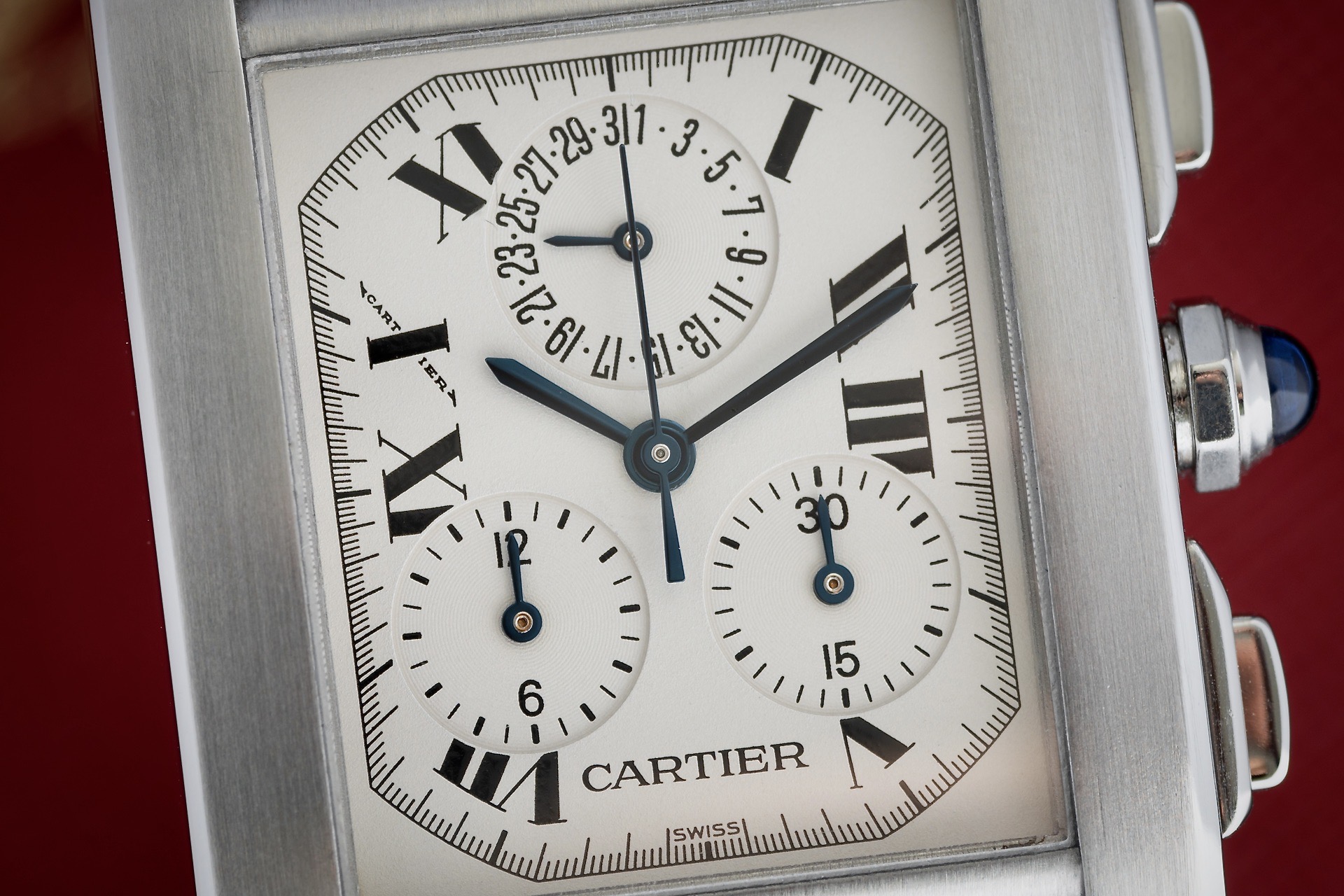 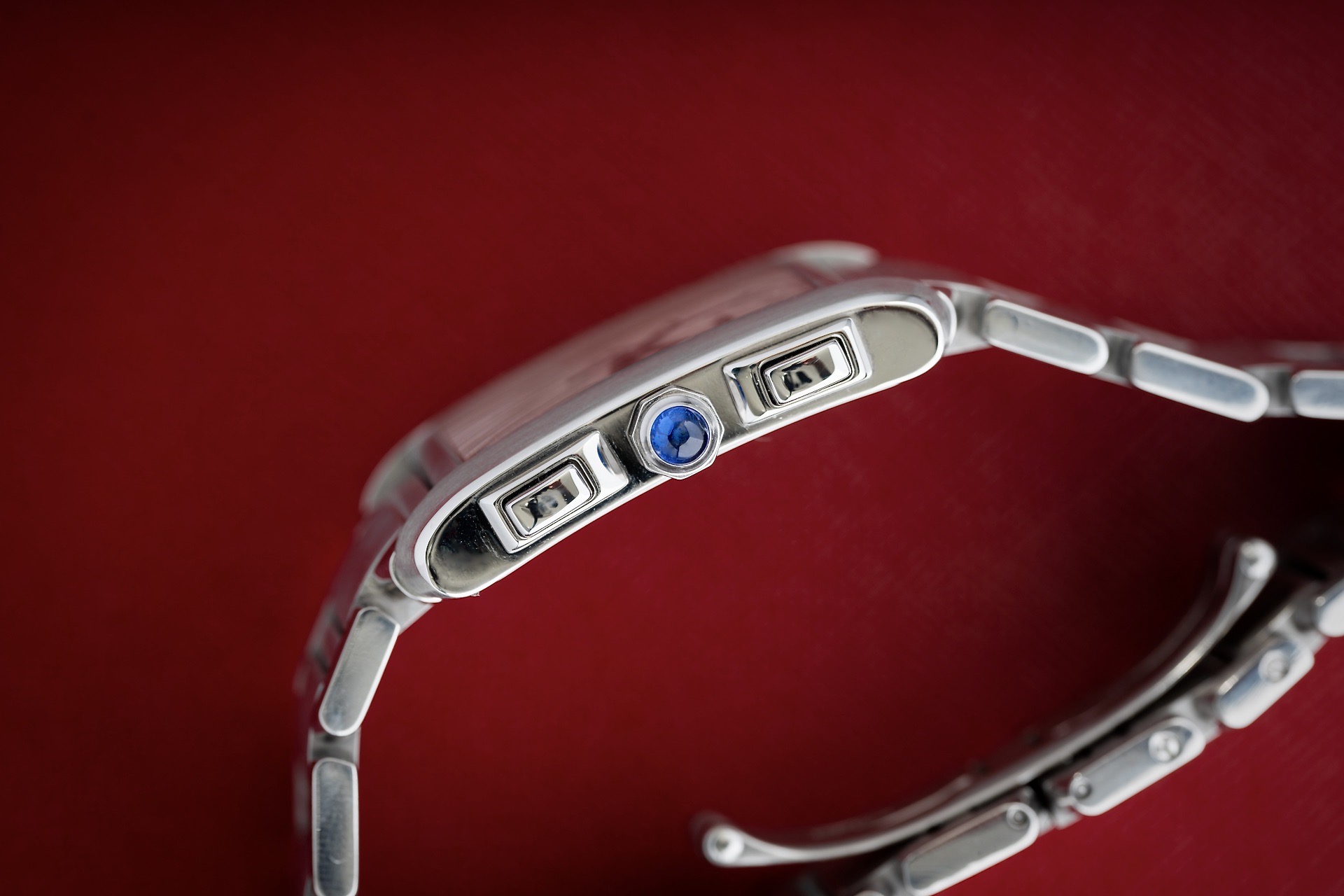 The Cartier Tank is such a legend that continuing its legacy is quite a challenge for the brand. Clients expect something new that is also in touch with the heritage. In 1996 Cartier made a bold move and launched the Tank Française. This was a modern take on its predecessors and one of the first Tank models that came on a bracelet designed especially for it. It became an instant hit.
The reason for this can be found in the subtleties of the design. While it is today over 25 years old, it still looks fresh and contemporary. Cartier honored the classic design code of the Tank, with its Roman numerals and railroad track, but by cutting the sides (also known as brancards) of the case and repeating this in the bracelet, an entirely new model emerged. The case is slightly curved, offering superb wearing comfort, with a bracelet that closely follows the curve of your wrist. The clasp is made almost invisible, making this Cartier as much a piece of jewellery as it is a timepiece. Brushed and satin-finished surfaces alternate eachother,which further highlights the unique shape of the watch.
While this Cartier offers the convenience and precision of a quartz movement, no corners were cut in creating it. For this, Cartier relied on the expertise of its sister brand, Piaget. They have been one of the pioneers in Swiss-made quartz movements, adopting this technology early on and investing in research and development to create their own calibers. One of the most remarkable is caliber 212P, which is also found in this Tank Française Chronoreflex. It combines a perpetual calendar with a chronograph complication in a movement that is just 2.5mm in height. Don’t expect this movement to come out of some anonymous factory, as Piaget still makes them, just like their mechanical counterparts, in their manufacture in La Côte-aux-Fées, located in the mountains of the canton of Neuchâtel in Switzerland. The movement is of exceptionally high quality, fitted, for instance, with 25 rubies to limit wear and tear, a true rarity in a quartz movement, as most of them have none. The movement is also hand-assembled and decorated with the same care and precision as the mechanical ones, so do expect to see chamfered edges, engine turning, and Geneva stripes.
All combined is this Chronoreflex, the ultimate Tank Française. In this all-steel configuration, it is the perfect everyday watch that offers good looks with a dash of casual and care-free enjoyment. This is also one of the very few watches where the quartz movement adds something significant to it. Not only because of its rarity, precision, and convenience but also because it was made in an extremely high quality, thoroughly decorated, and hand-assembled. What more can you ask for?
This Cartier Tank Francaise Chronoreflex was fully serviced by Cartier’s Service Center and will be sold with a 24 month warranty.