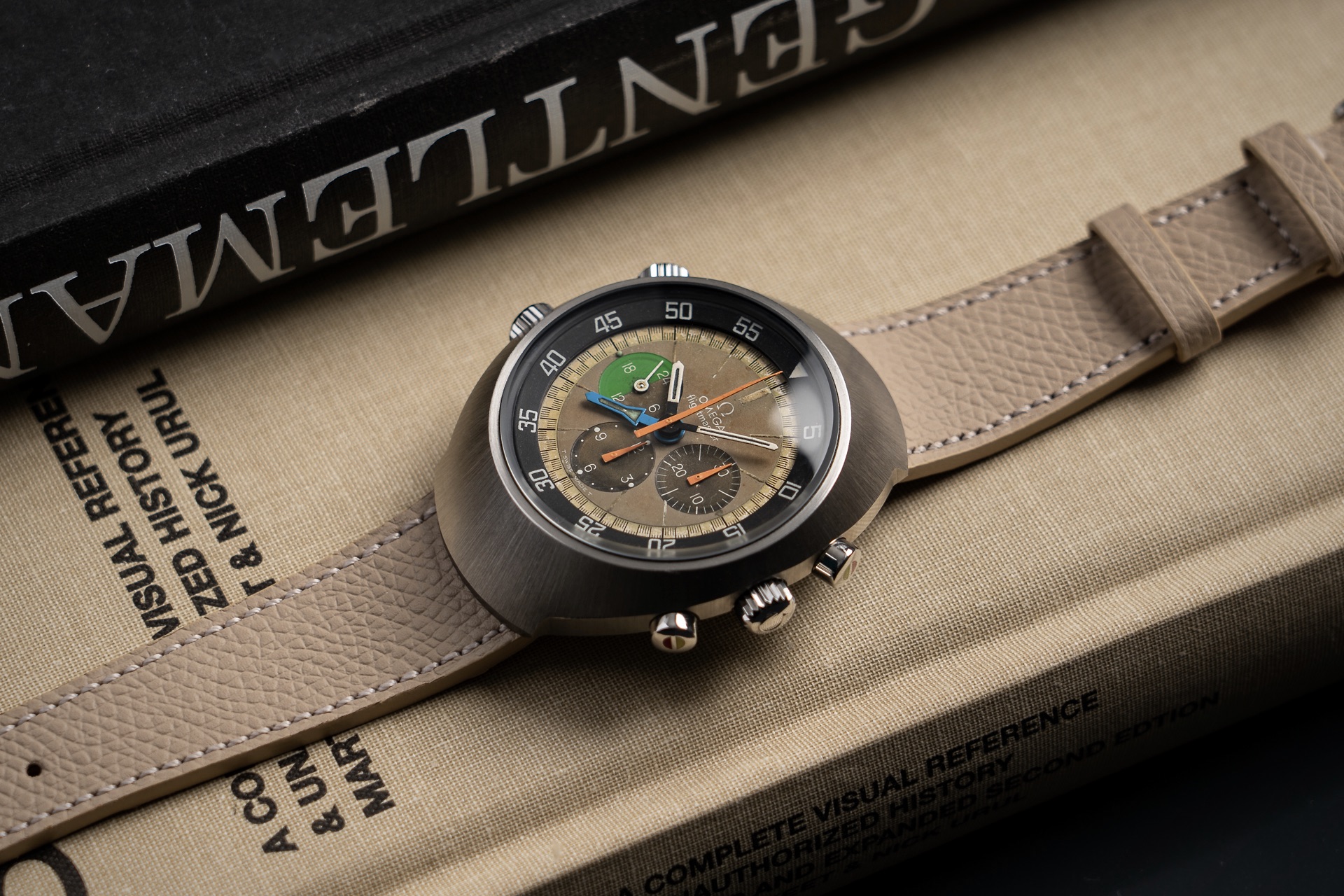 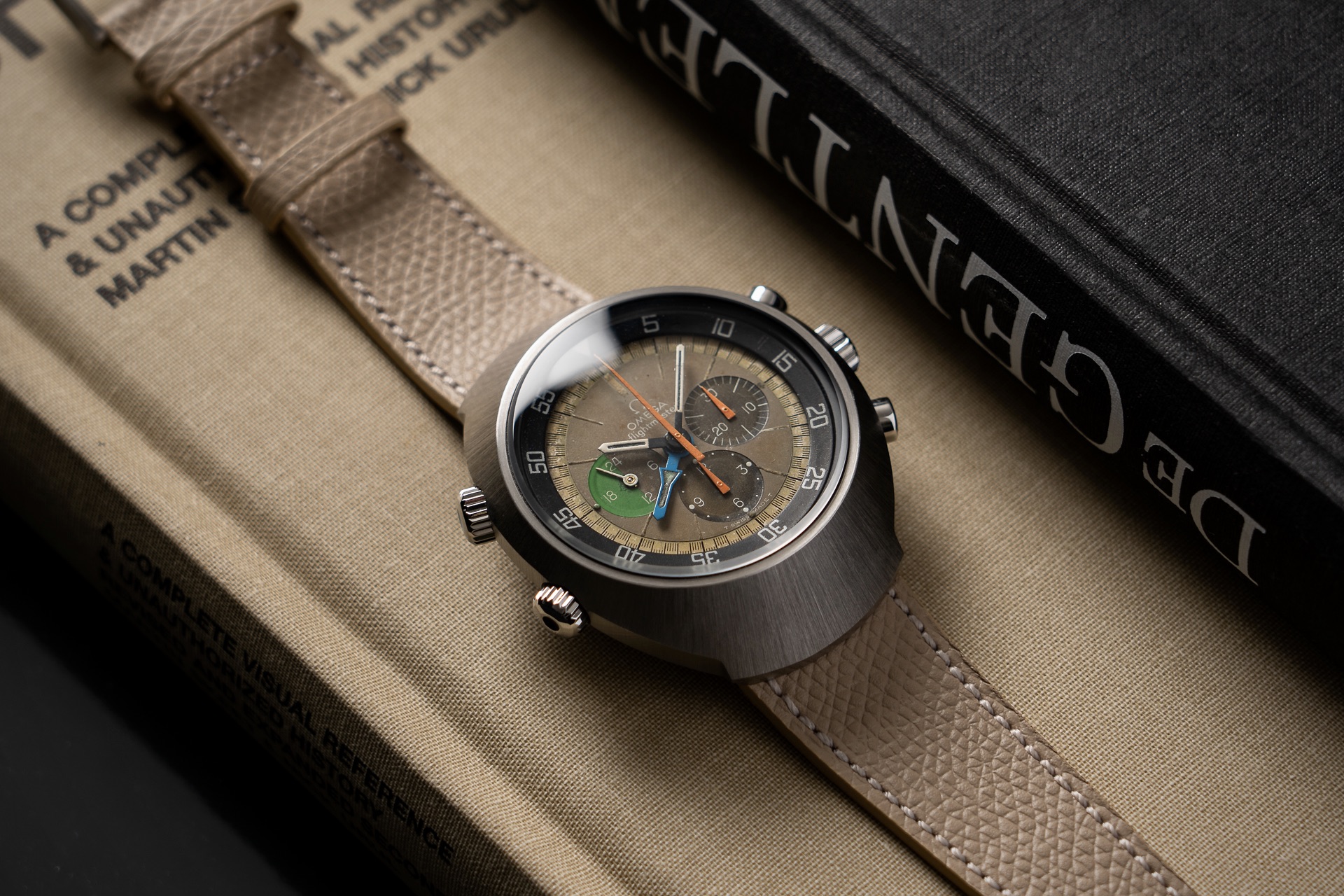 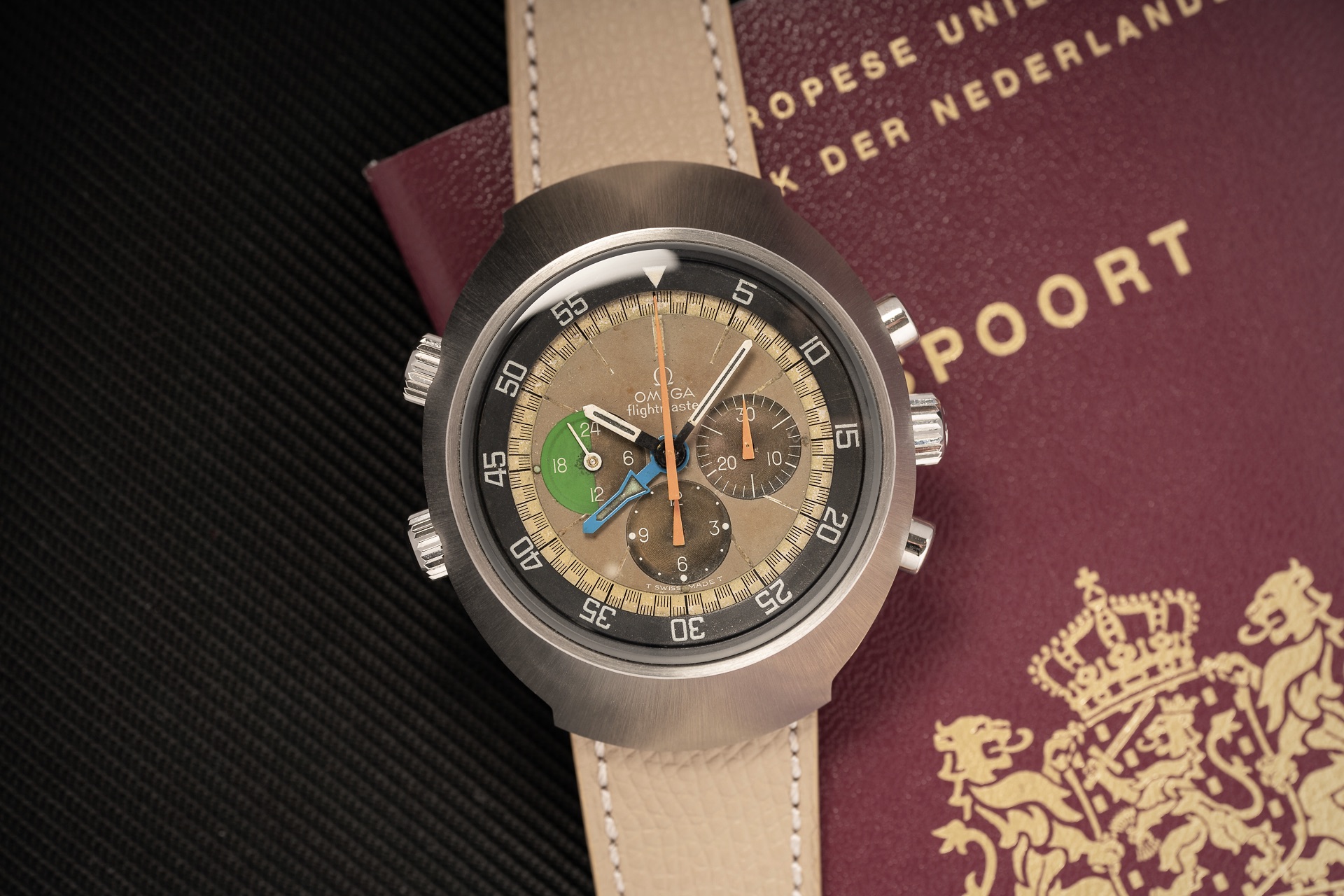 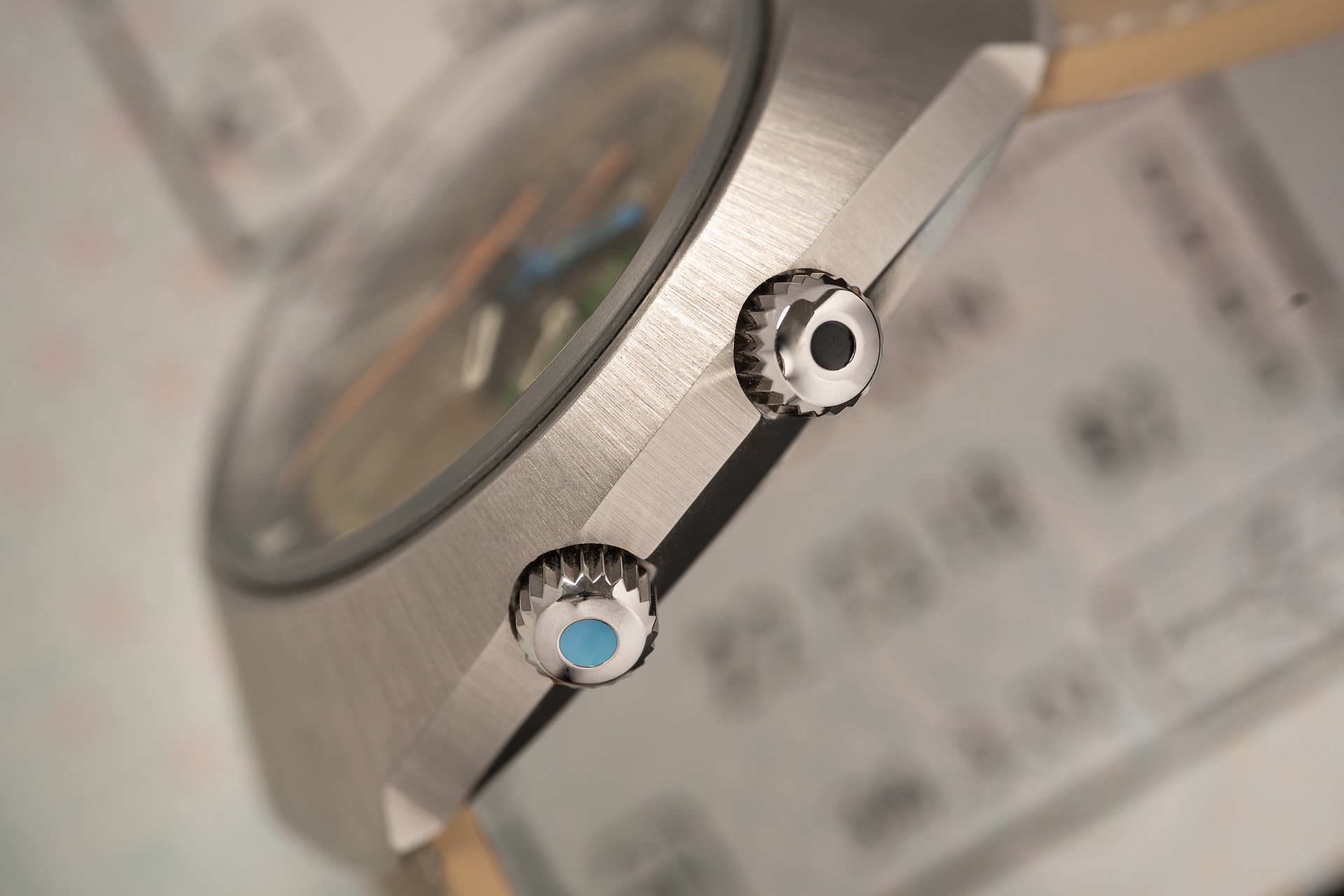 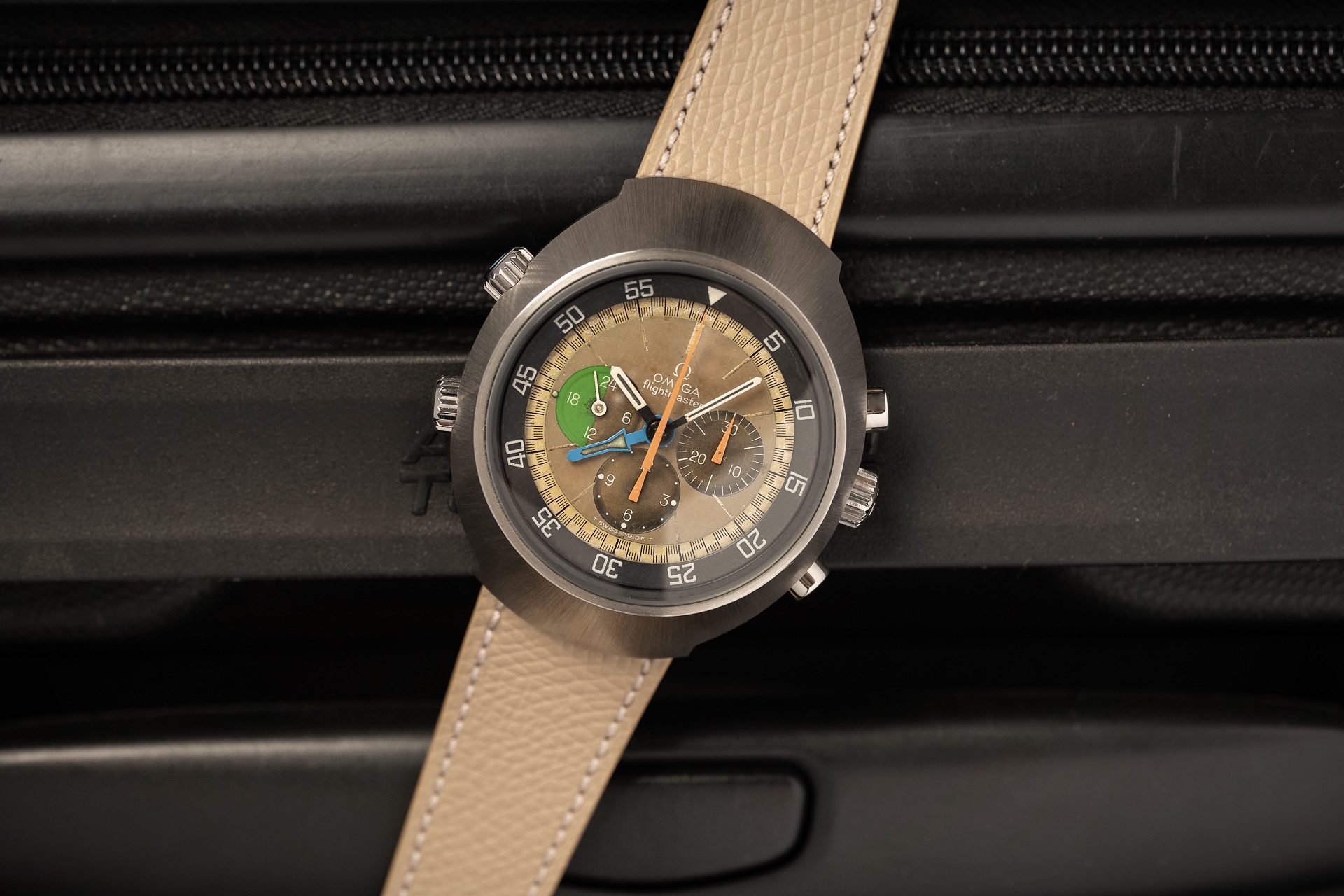 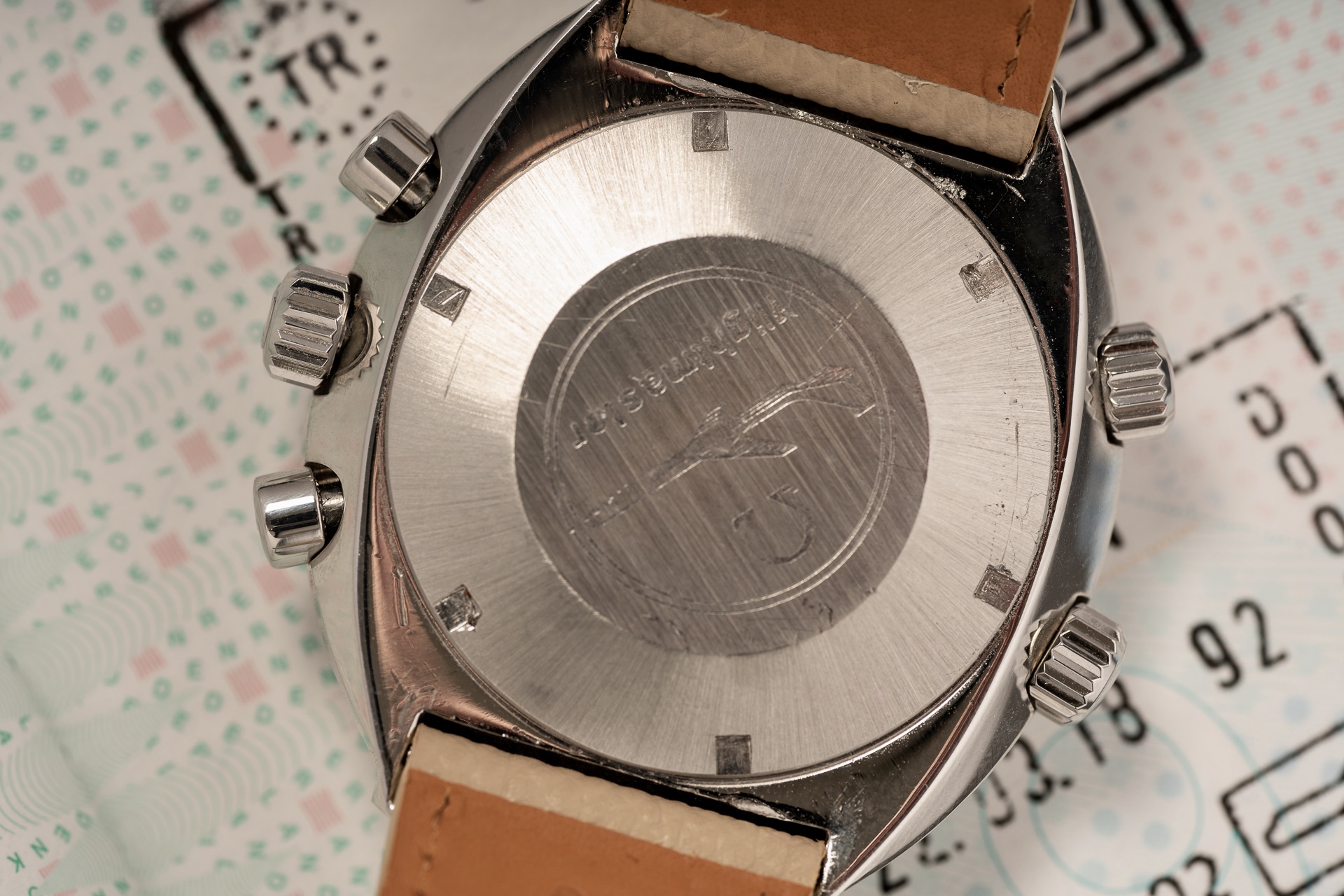 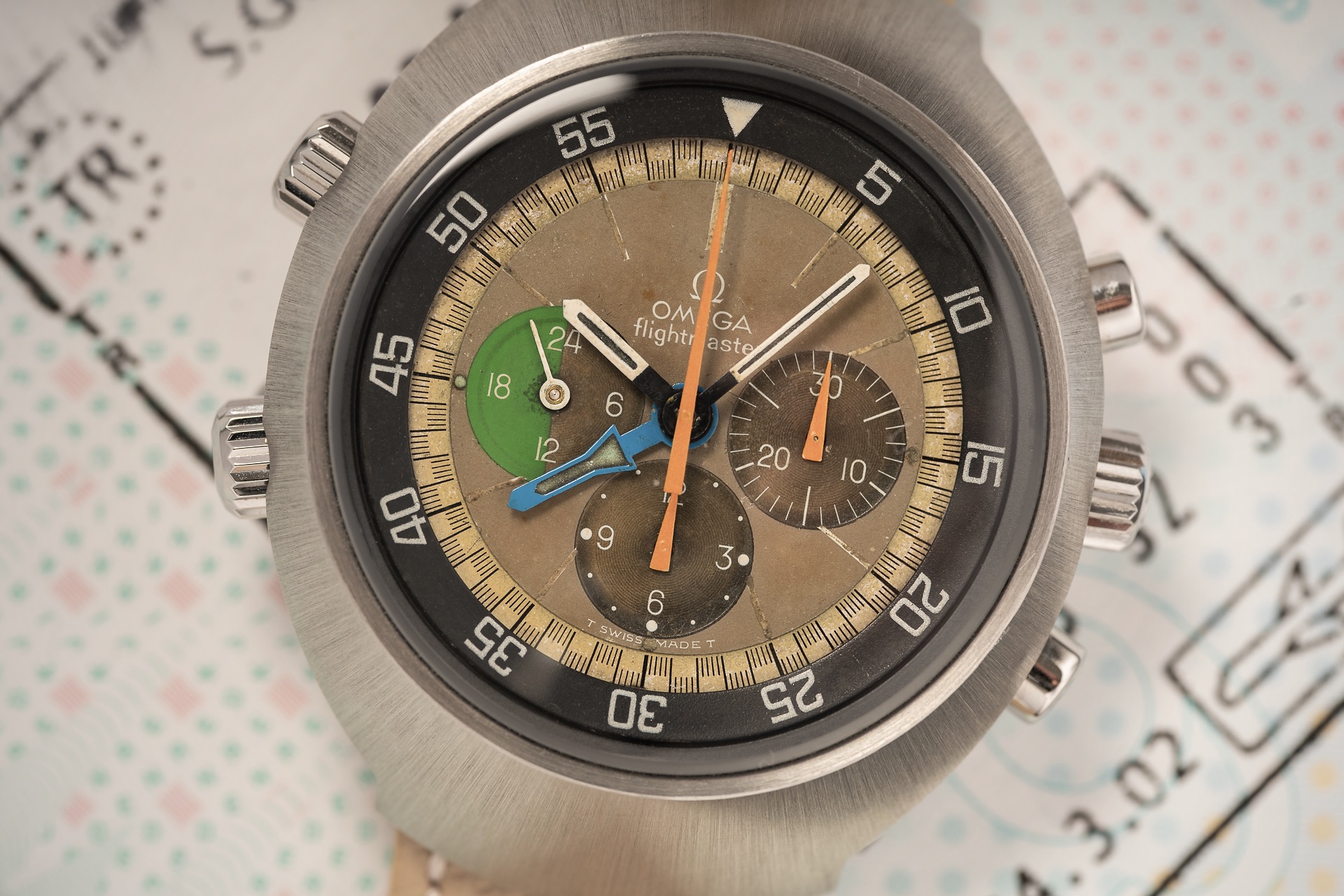 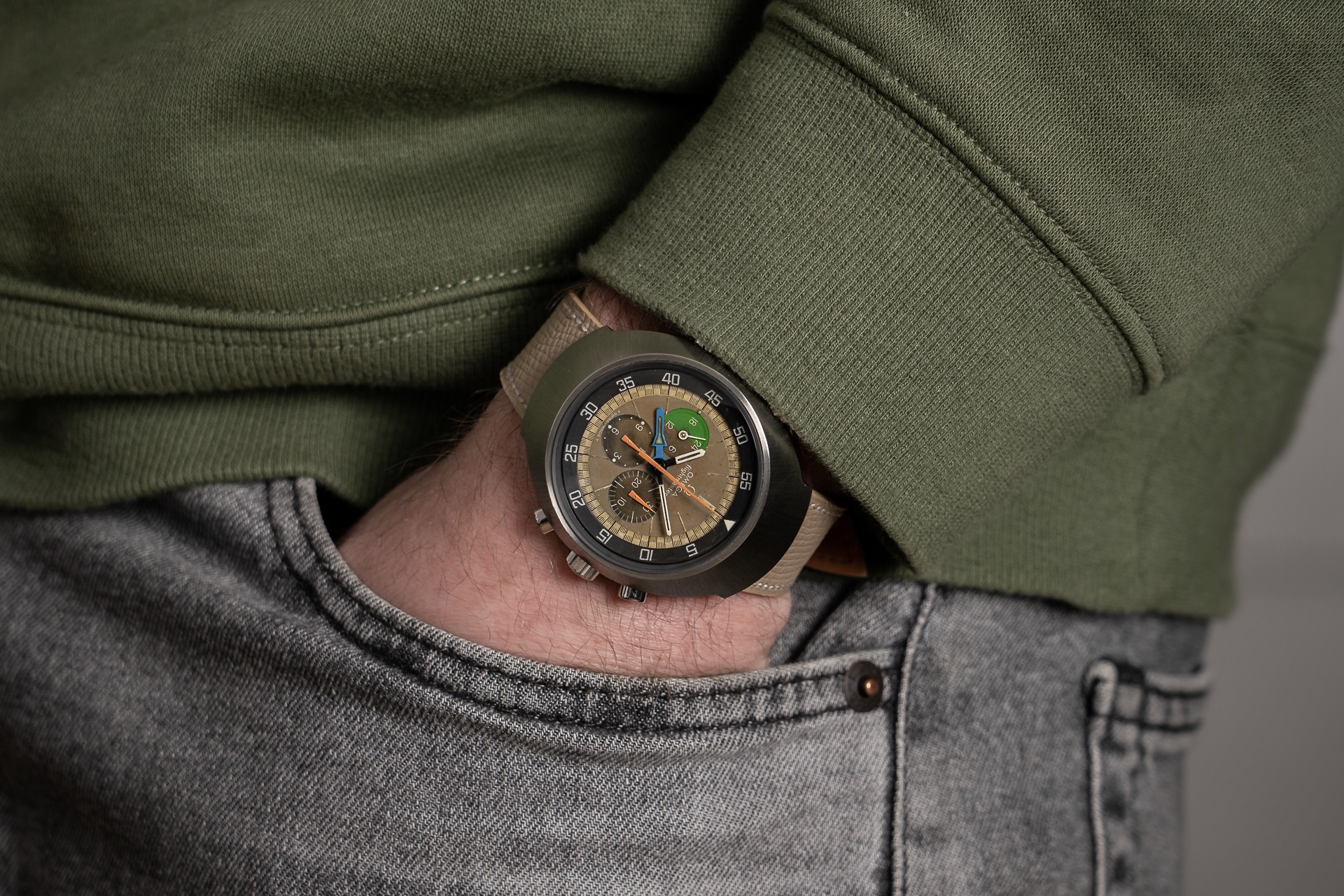 This Omega Flightmaster 145.013 ‘Tropical’ earned its nickname due to the warm patinated dial. The dial colour started out grey when it left the factory back in 1970, but due to years of exposure to most likely UV, this changed to a soft caramel tone with warm brown sub-dials. This feature combined with those orange hands and green and tropical brown sub-dials, gives this Omega a wonderful and very funky 1970’s vibe.

Our Flightmaster is a reference ST145.013. This early Flightmaster is stacked with complications such as an AM/PM indication, GMT, Chronograph and a totally enclosed movable bezel around the edge of the dial. In total, there are seven hands to be found telling you everything from the local time, up to the elapsed time on an intercontinental flight for instance. The 145.013 reference is powered by Omega’s manual caliber 910 which was in fact a highly modified caliber 861 manufactured in such a way to incorporate all the wonderful complications that make up the Flightmaster (pilot) watch. The 145.013 has colour coordinated pushers all colour-coded to their function. The crown with a Blue dot on the left side of the case moves the blue hour hand (the GMT hand) The other crown on the left side has a black dot, this crown moves the black enclosed 60 minute bezel and so on, you get the general idea. The watch is fitted to our soon to be released, Grained calf, Sandstone leather strap with ton-sur-ton stitching, complimenting the Tropical vibe that’s going on with this one of a kind Omega.

The condition of this Omega Flightmaster 145.013 ‘Tropical’ with it’s exotic caramel dial and original funky hands with Tropical sub-registers, is truly excellent with a strong case and amazing dial. This watch was actually send to the Omega after sales in Bruxelles, exclusively for the full overhaul of the watch-case and to fit an original Omega Flightmaster crystal (very hard to come by) The movement was fully serviced and overhauled by our Omega certified watchmakers and the watch will be accompanied by our extensive and diligent service rapport. This Omega Flightmaster 145.013 Tropical is once again like new, but a true vintage at hart! She will of course be sold with a 24 month warranty.