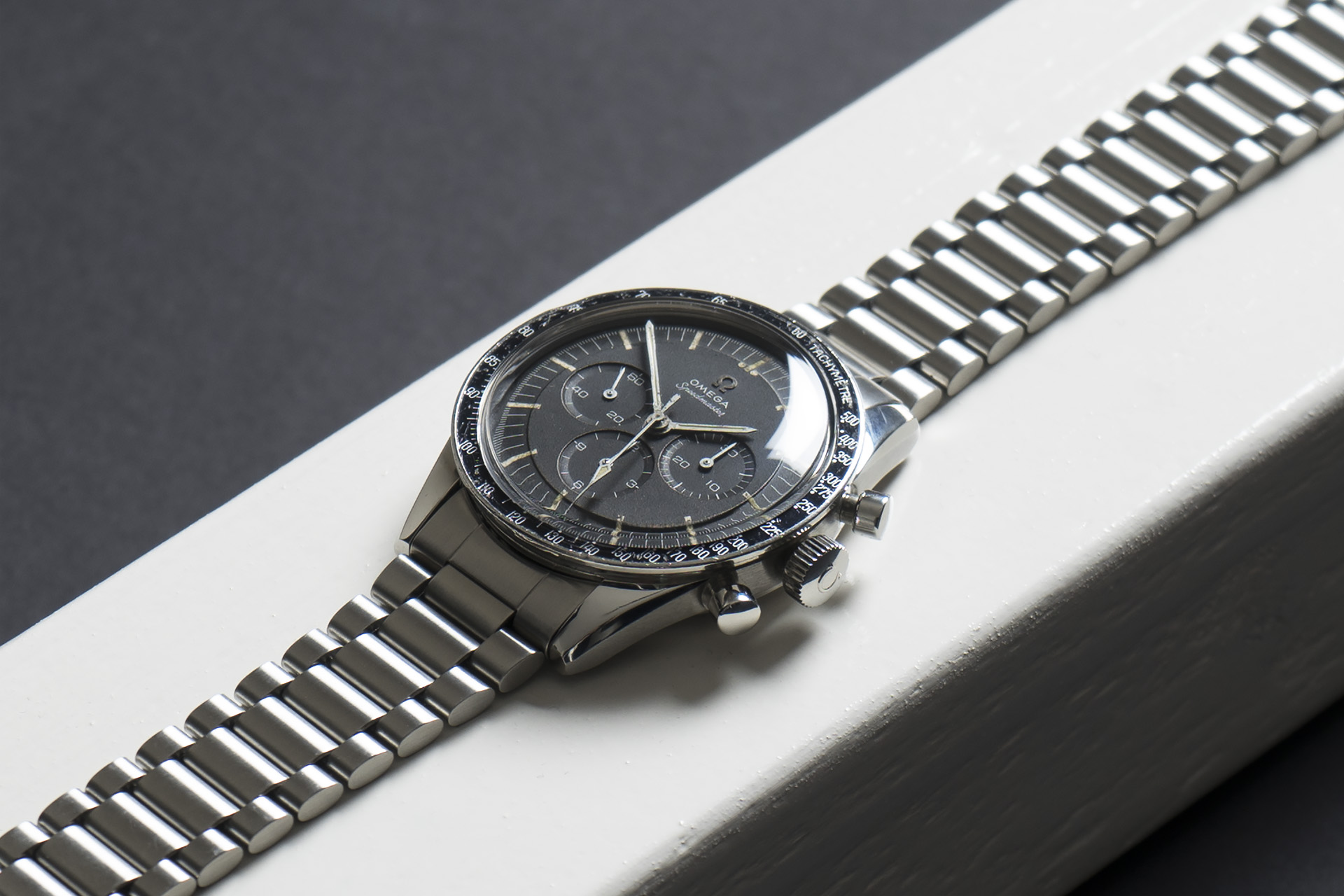 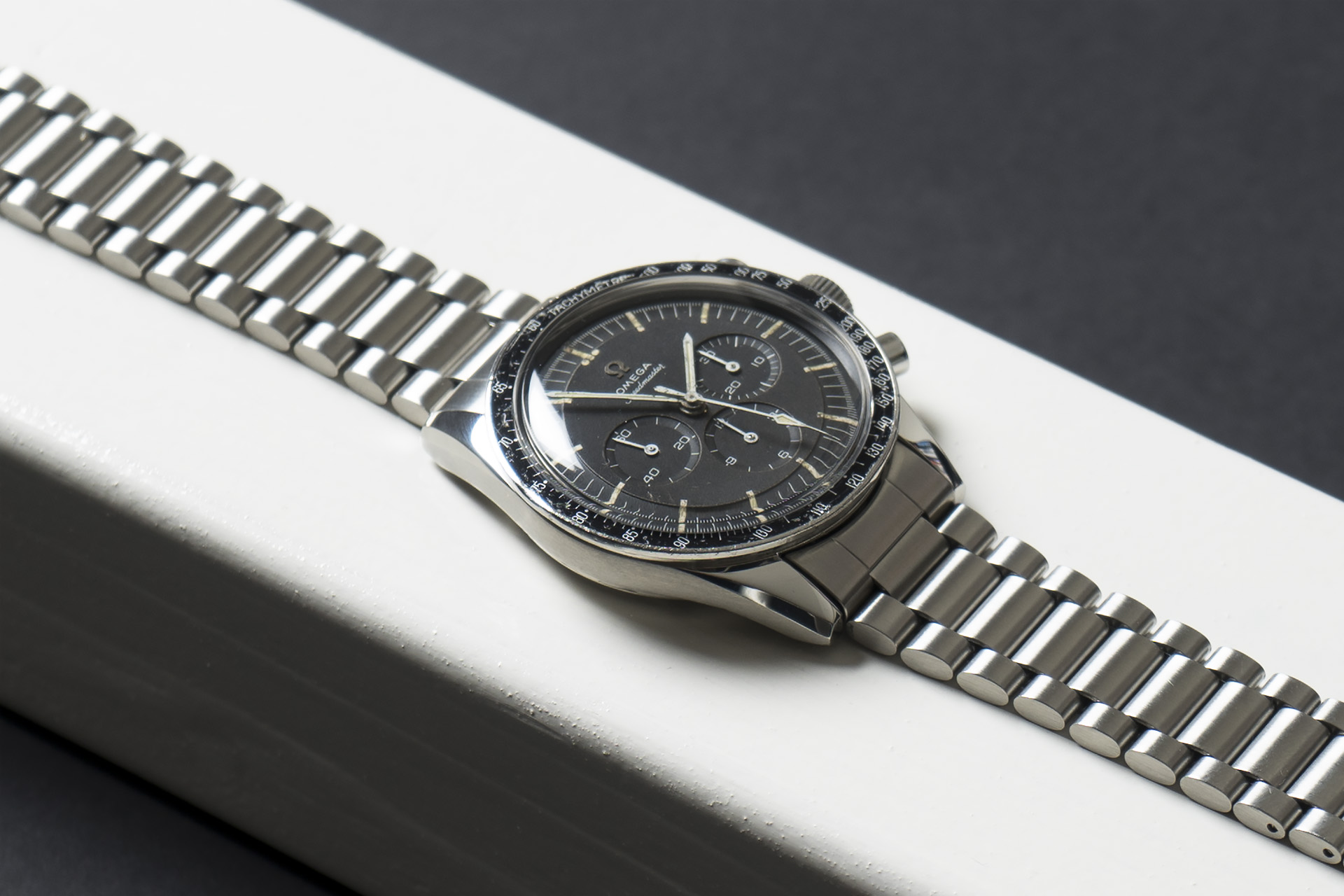 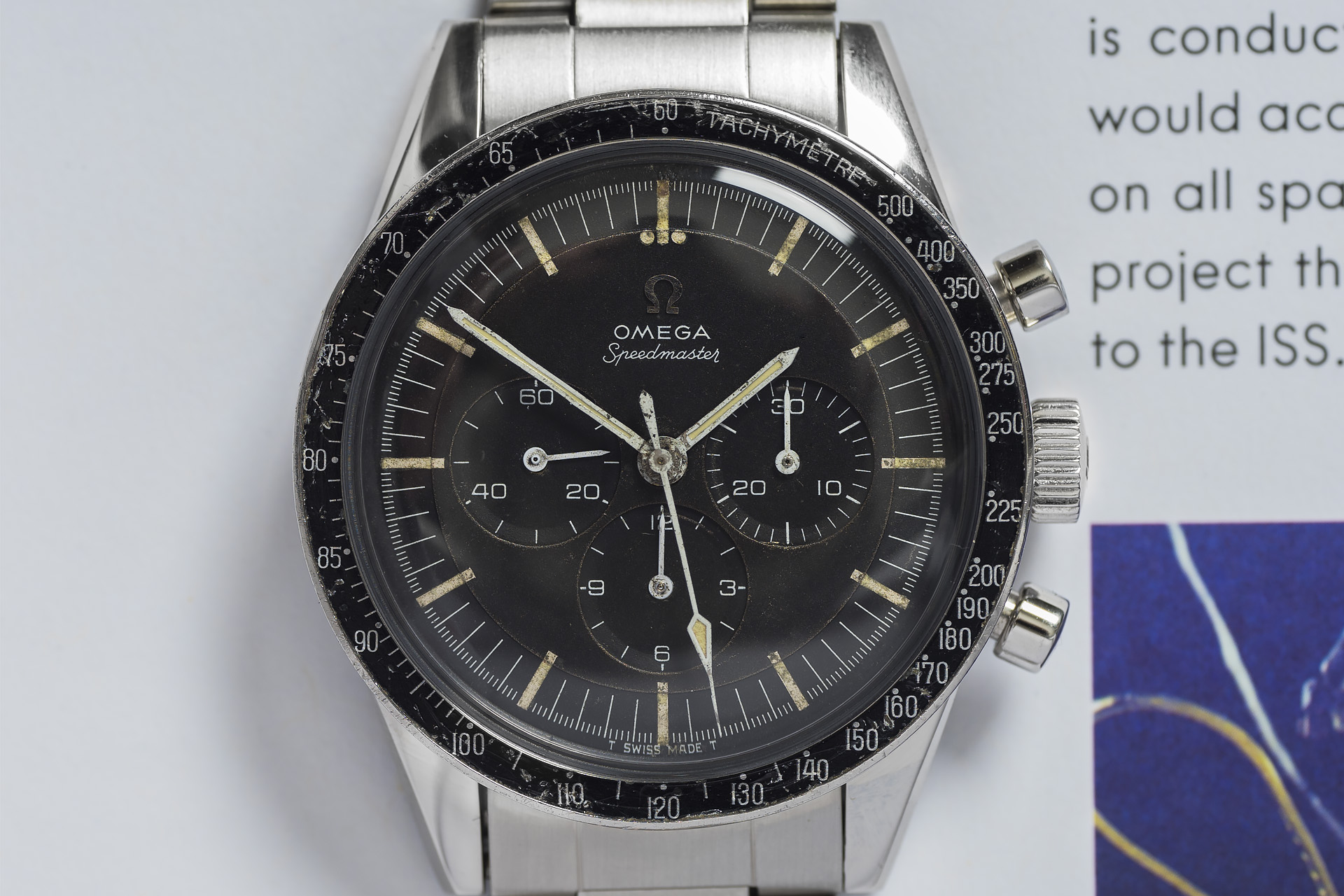 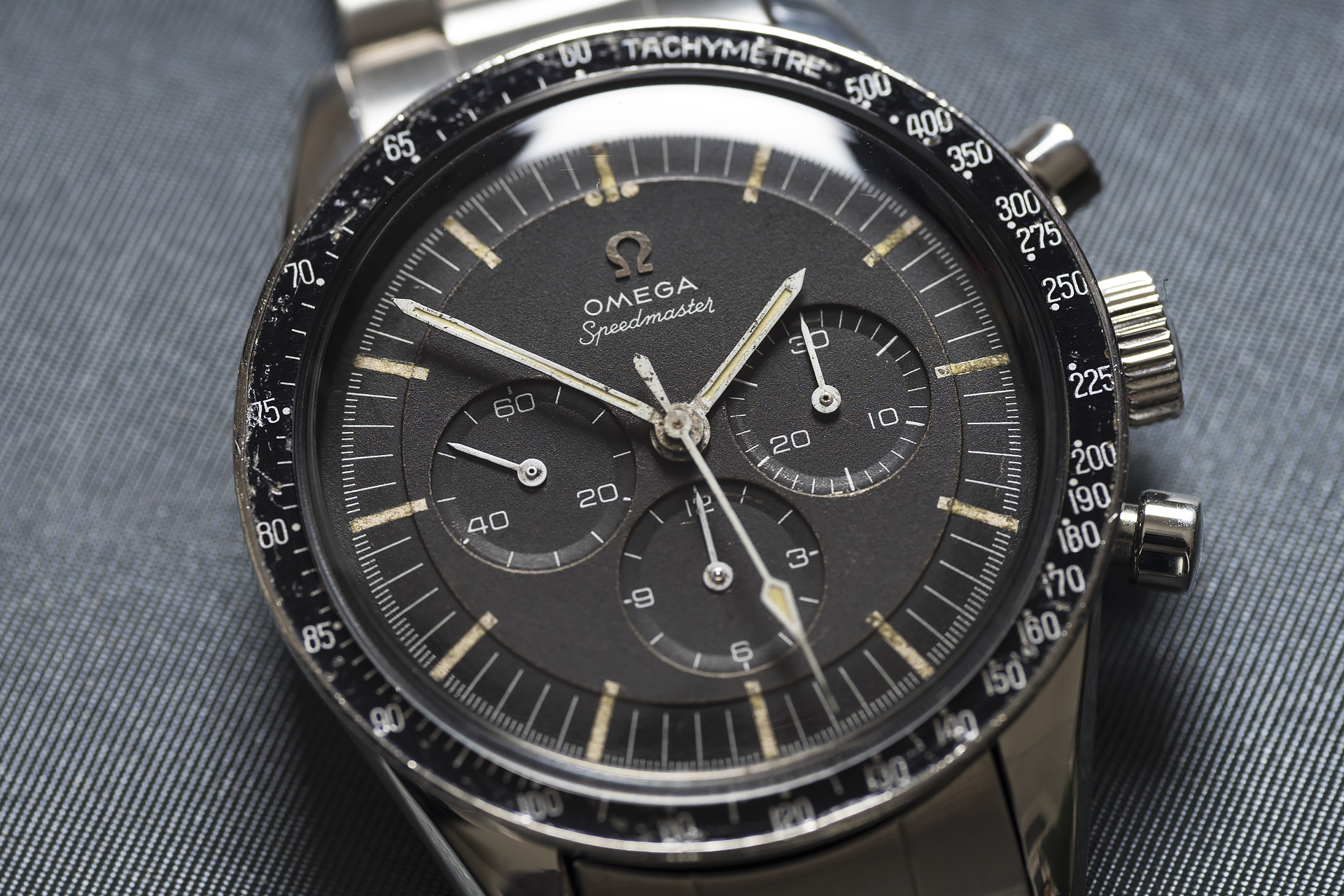 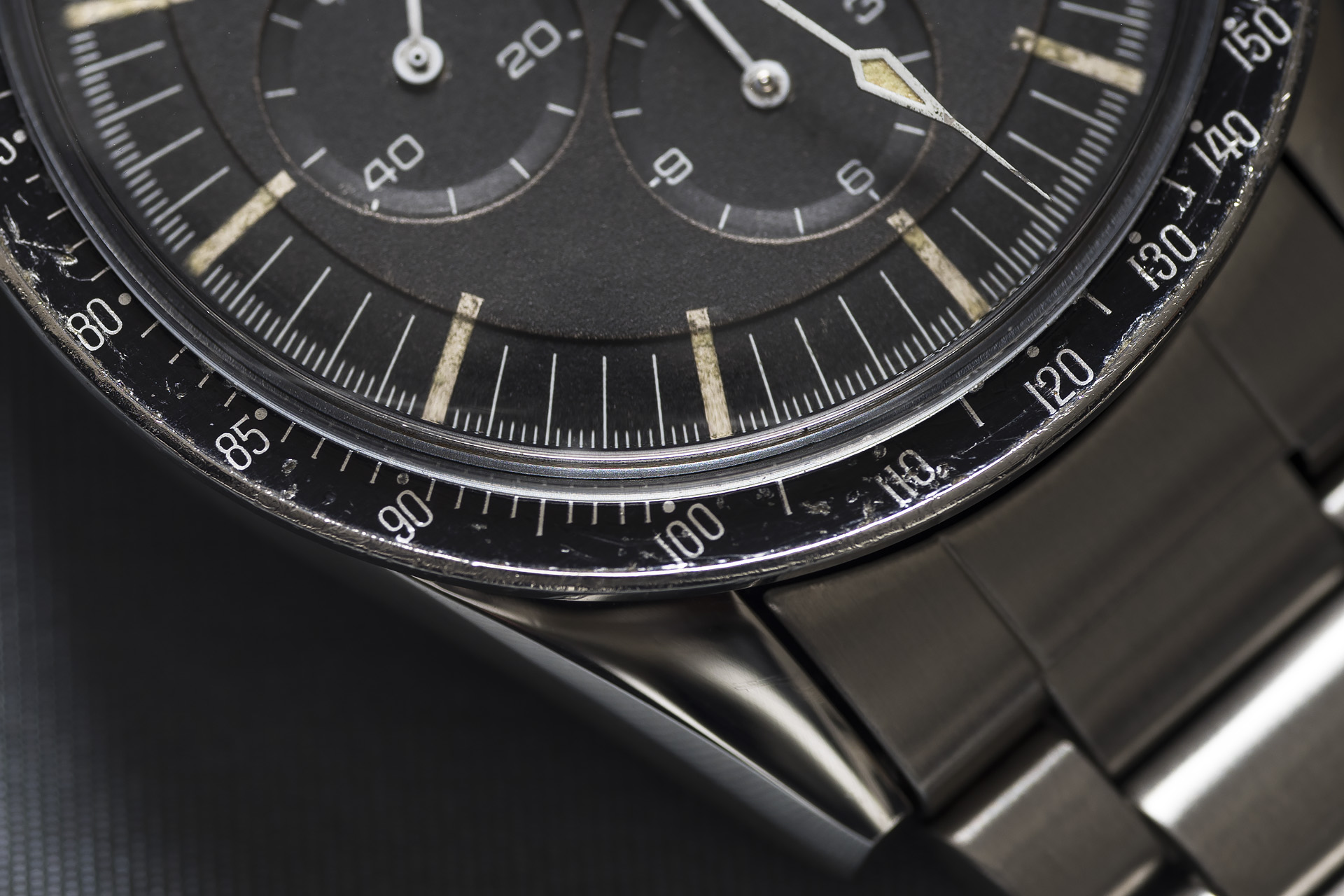 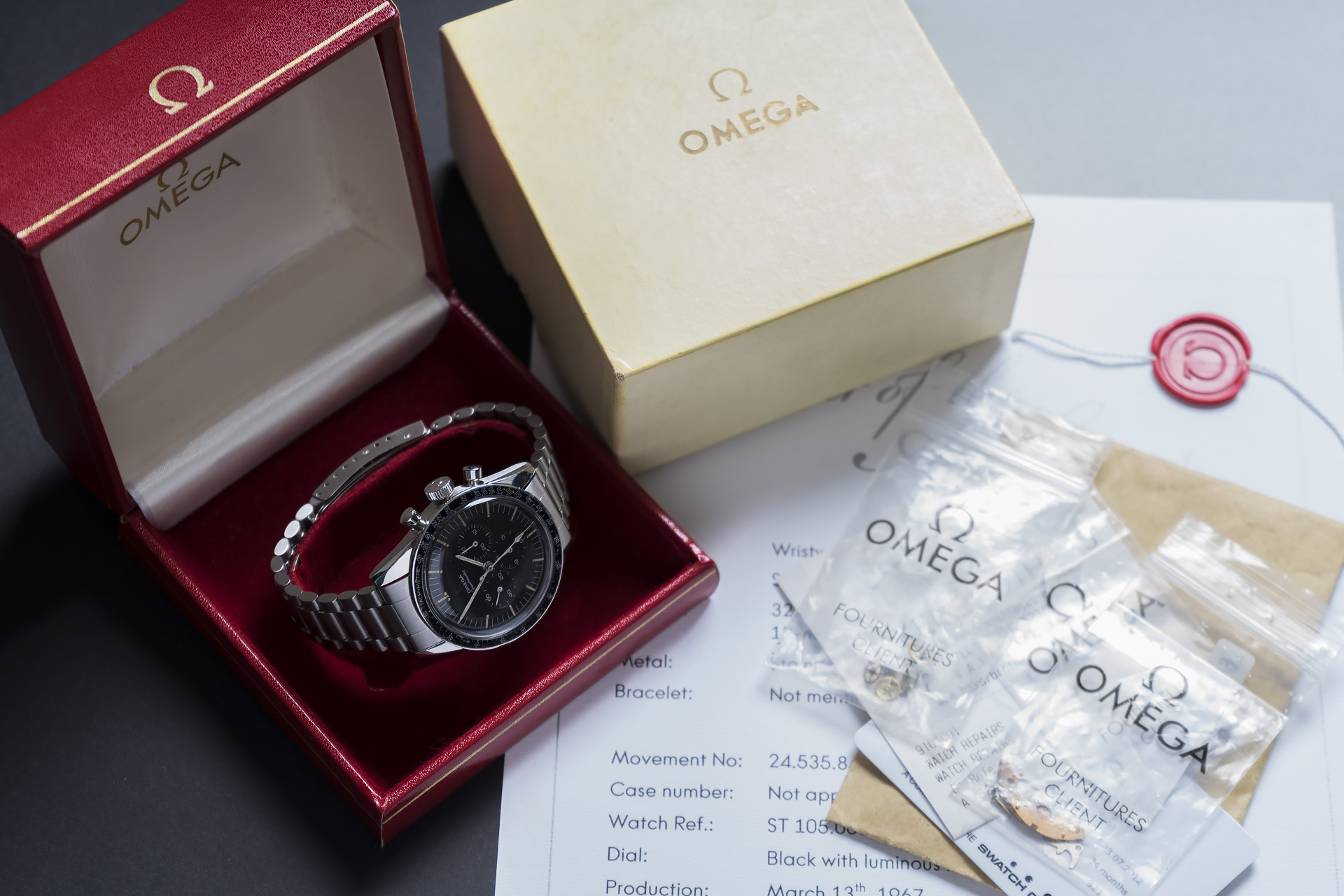 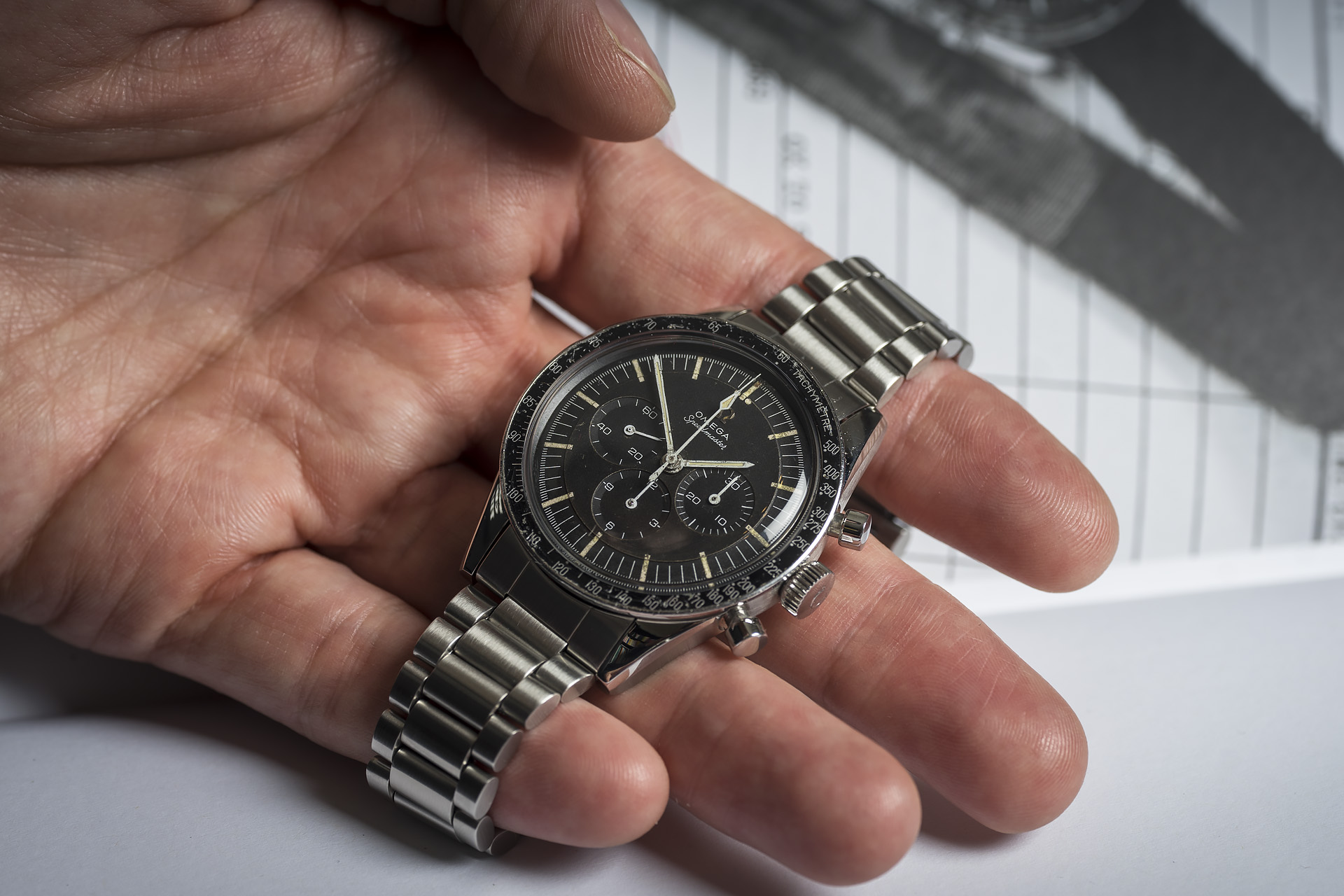 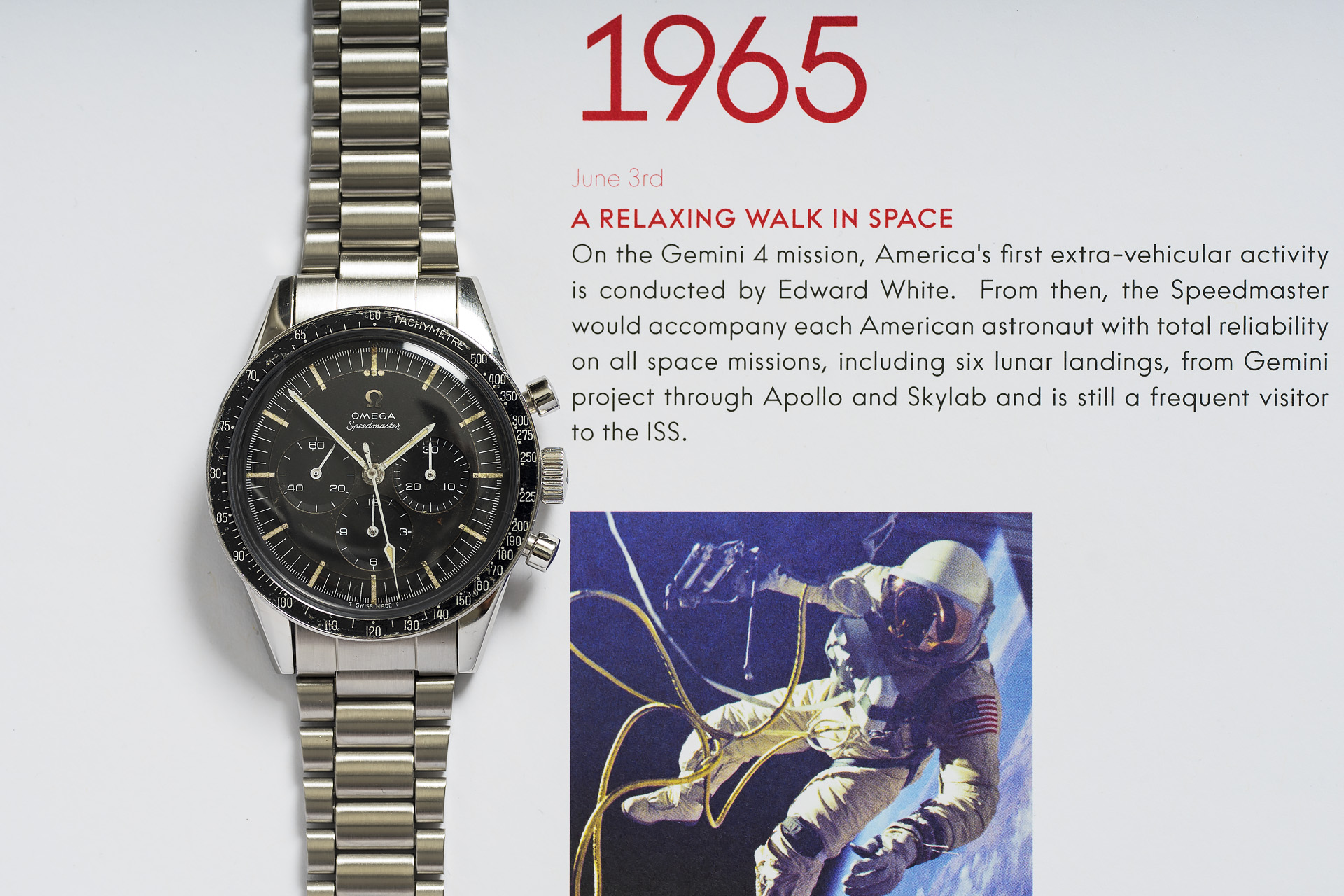 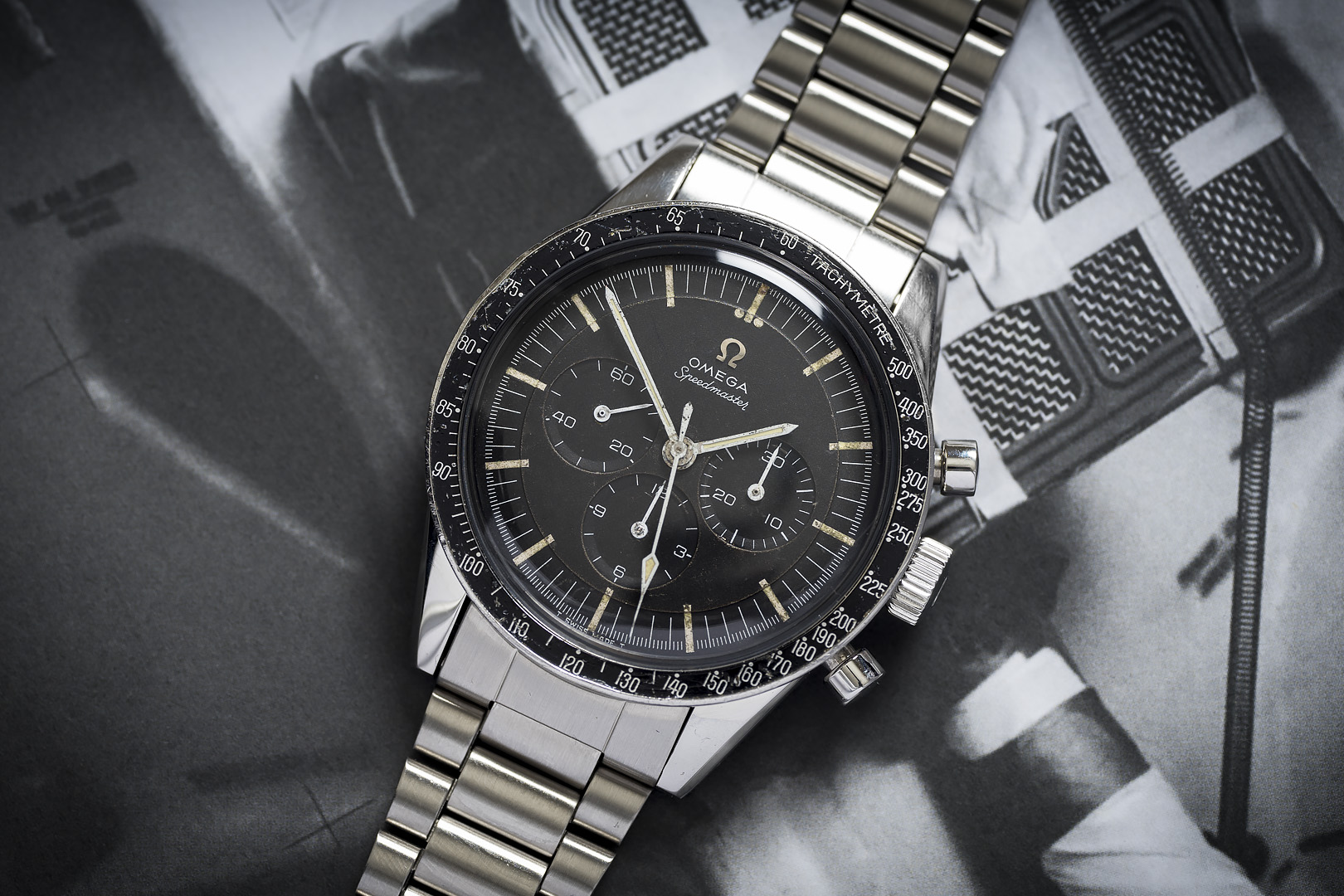 ”On the Gemini 4 mission, America’s first extra-vehicular activity is conducted by Edward White. From then, the Speedmaster would accompany each American astronaut with total reliability on all space missions, including six lunar landings, from Gemini project through Apollo and Skylab and is still a Frequent visitor to the ISS”  Source: Omega Chronicle – the story of Omega

Our 105.003 Moonwatch, nicknamed ‘Ed White’ sets itself apart from later Speedmaster models by its case with the so-called straight lugs, The straight lugs make for a somehow cleaner looking watch, this is only emphasized more by the slightly smaller bracelet on the 105.003 which has a width of 19mm. The watch still retains its original dial, hands and original Dot Over 90 inlay! The case has been professionally polished by Omega during its last service but done in such a way that it retained its shape and therefor still looks very strong. The original two step caseback on this pre-moon Speedy features the Seahorse logo with the word Speedmaster, both are clearly visible and look near mint. According to this Speedmasters movement number (2.45 mil.) the watch was manufactured in 1966. Please note that on the original extract from Omega the ‘year of production’ is noted as 1967. Nothing shocking here as there is often a difference in birth year between the Omega extract and the actual watch its movement number.

The Tritium on top of the white printed hour-markers is missing at some spots but the Tritium that is present does show a nice warm patina. The Dot over 90 bezel and inlay show signs of wear but are wonderfully matching with the entire look of the watch, and again, are original to the watch.. The wonderful stepped  dial is slowly turning ‘Tropical’ There’s a brown hue appearing through the matte black finish – a true joy outside in the sun!

This 105.003 was first delivered to the UK where we were lucky enough to buy it from the second owner. The watch is accompanied by its original outer and inner box, service papers and service receipt including an Omega warranty card. Besides the card and receipts all movement parts that were replaced are also present with the watch, along with an Extract from the Omega Archives applied for in 2013. This Ed White Speedy was fully serviced and will be offered with a twelve month warranty.