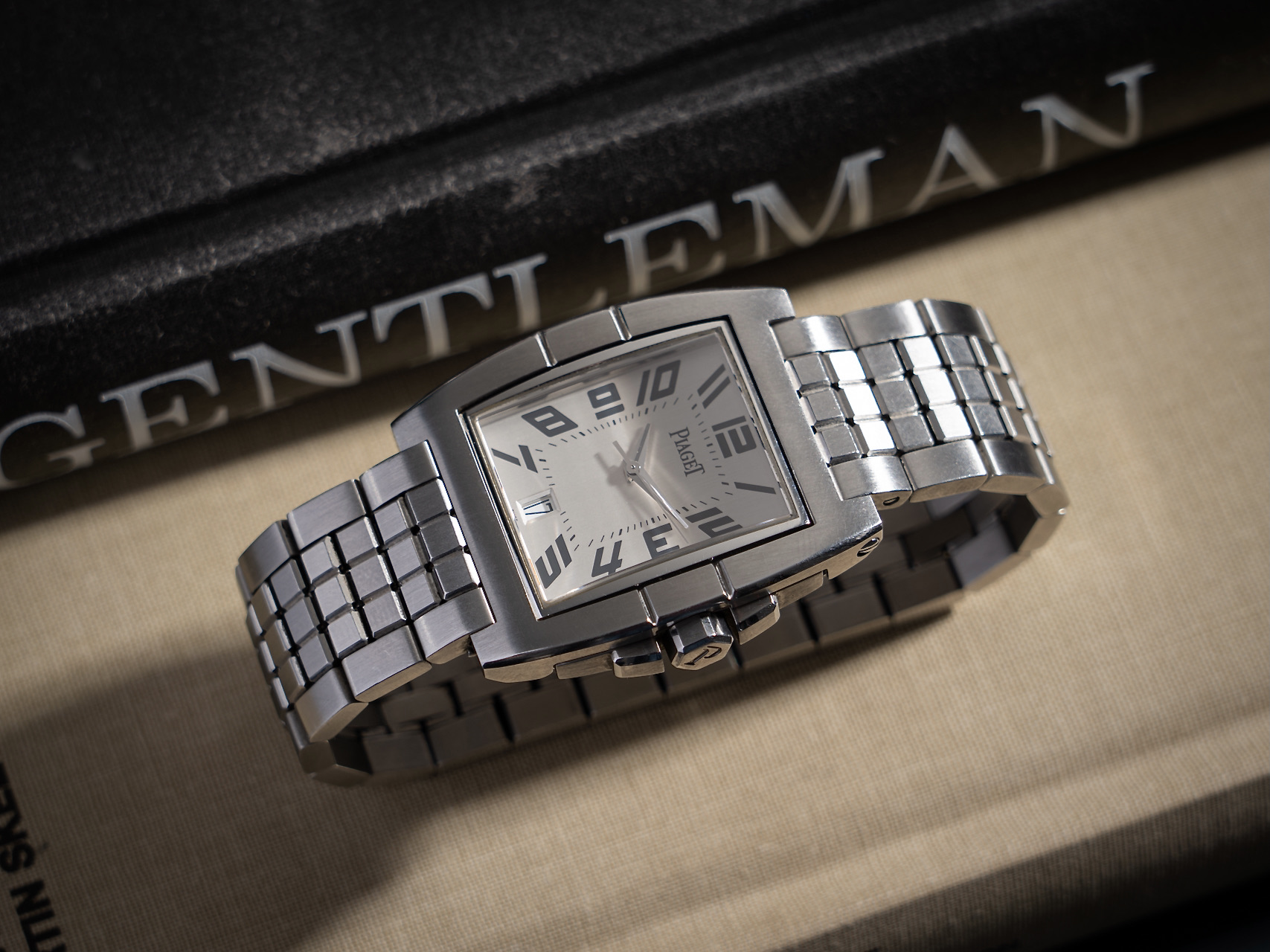 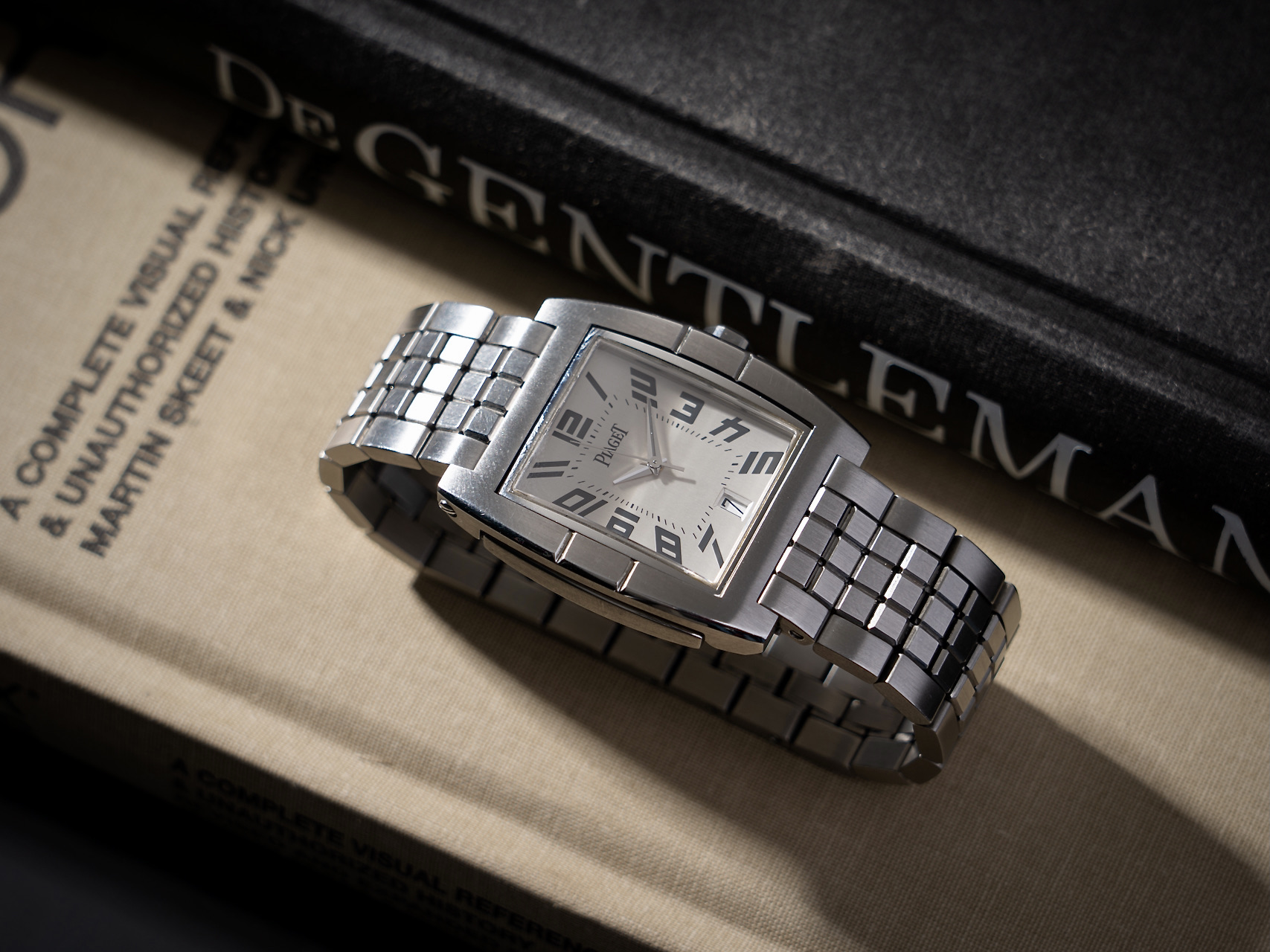 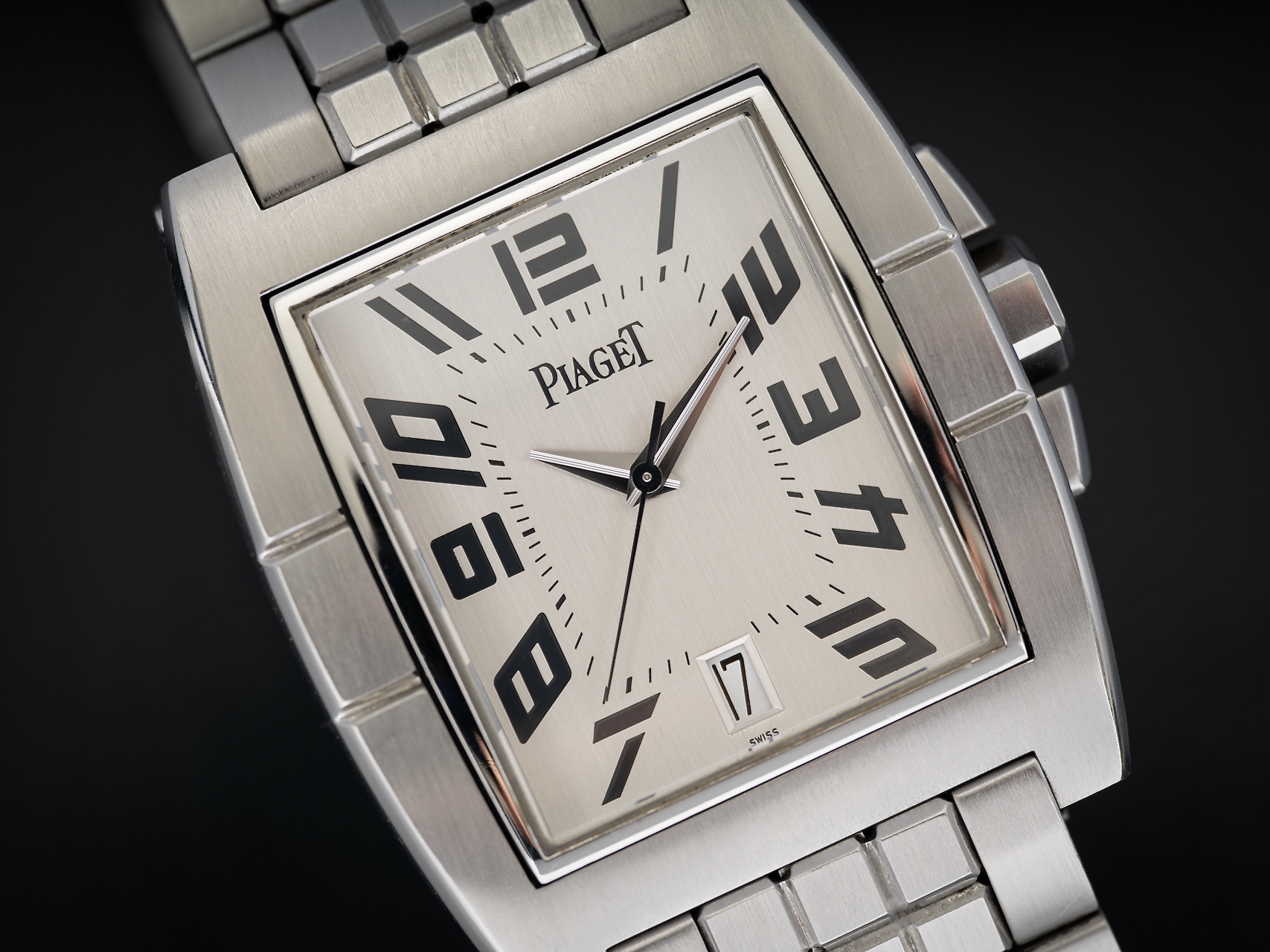 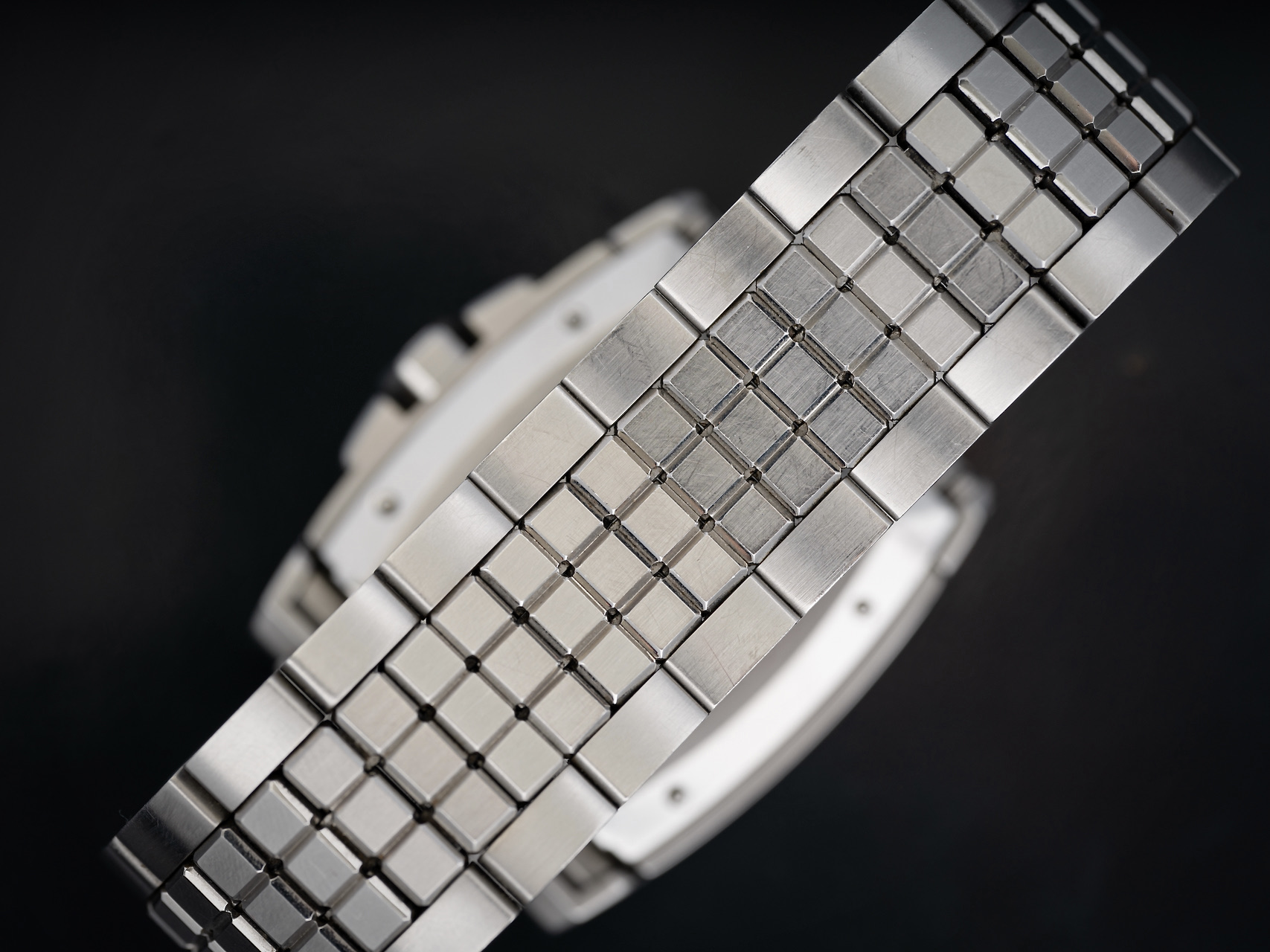 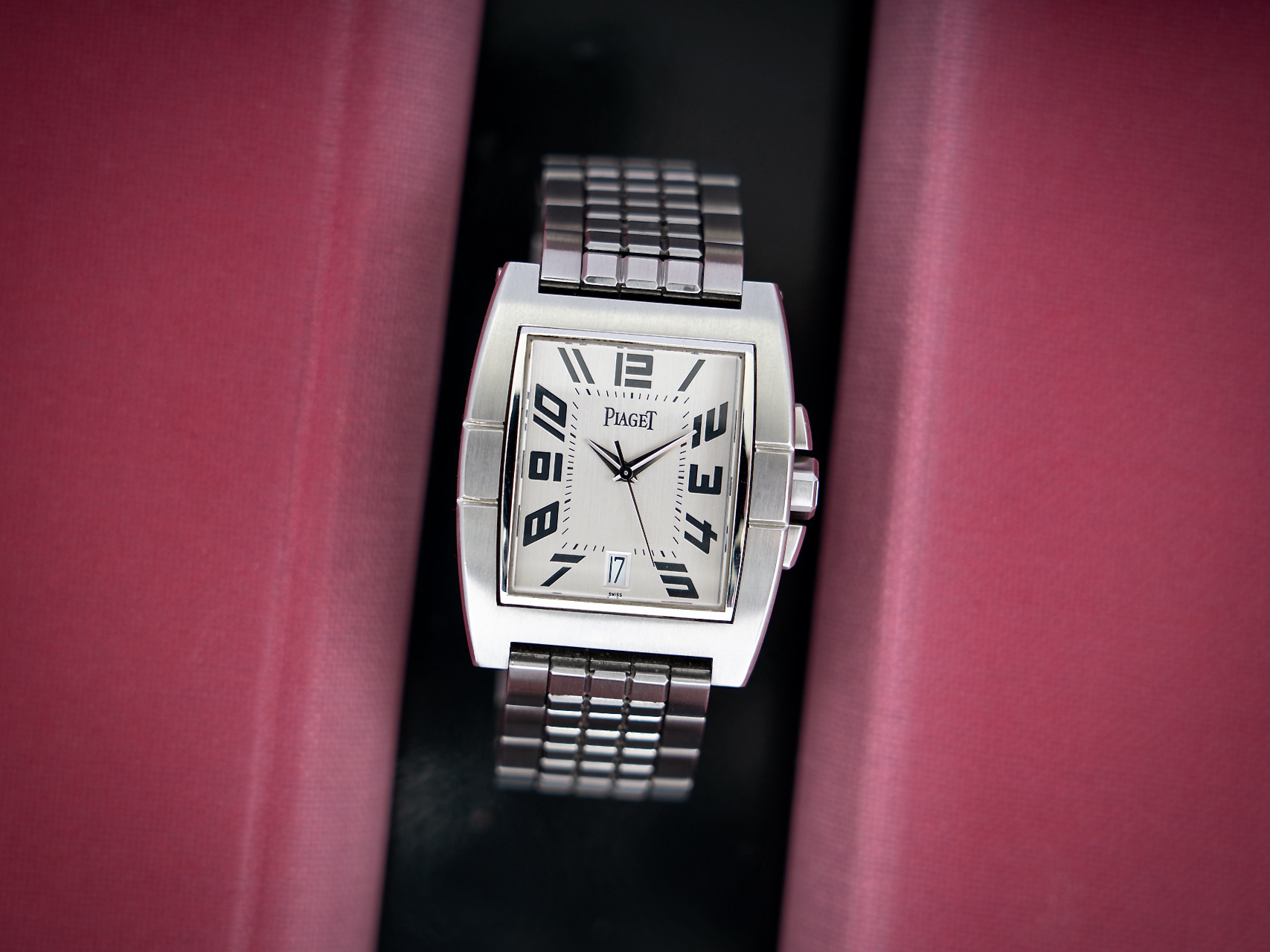 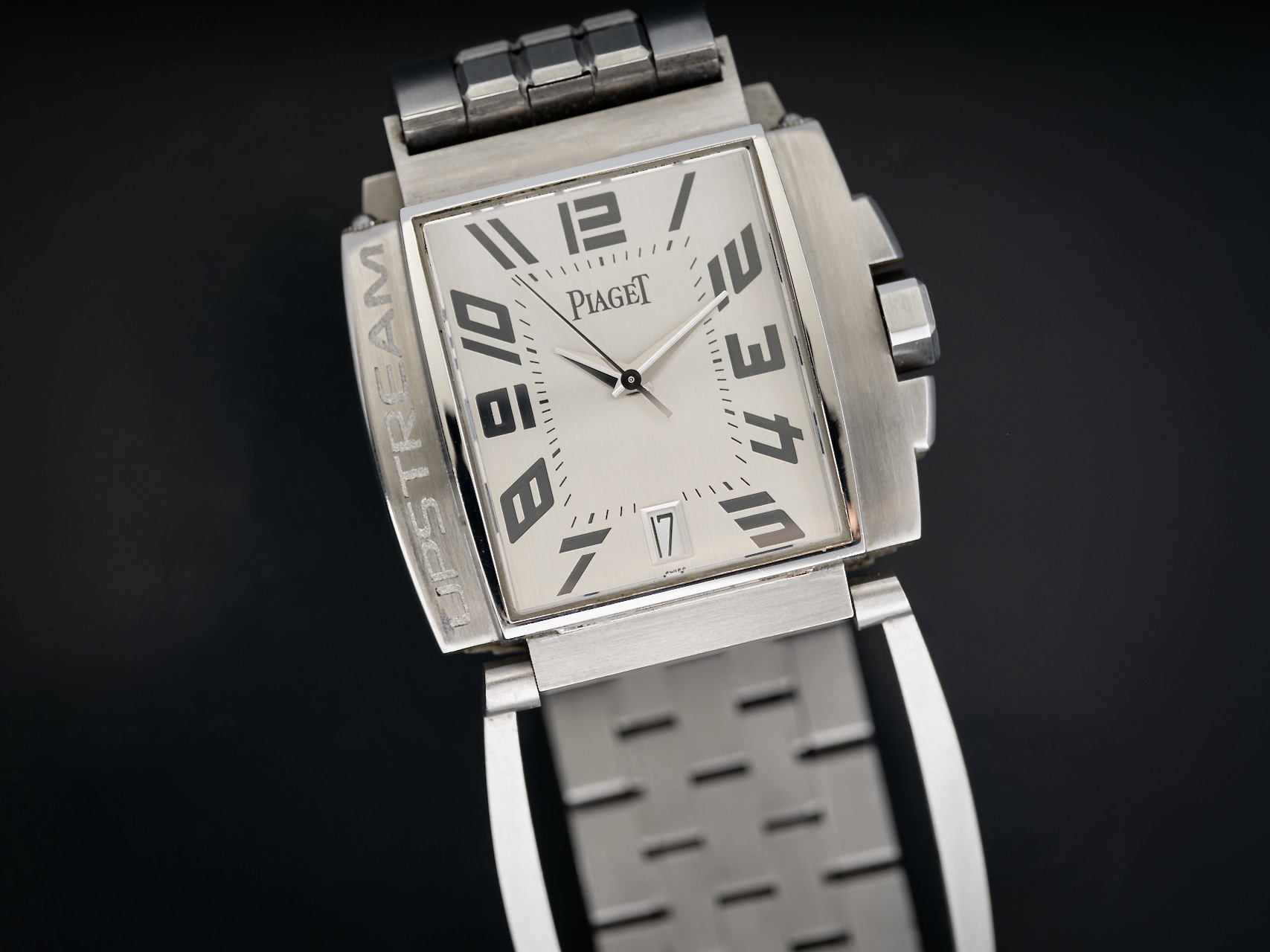 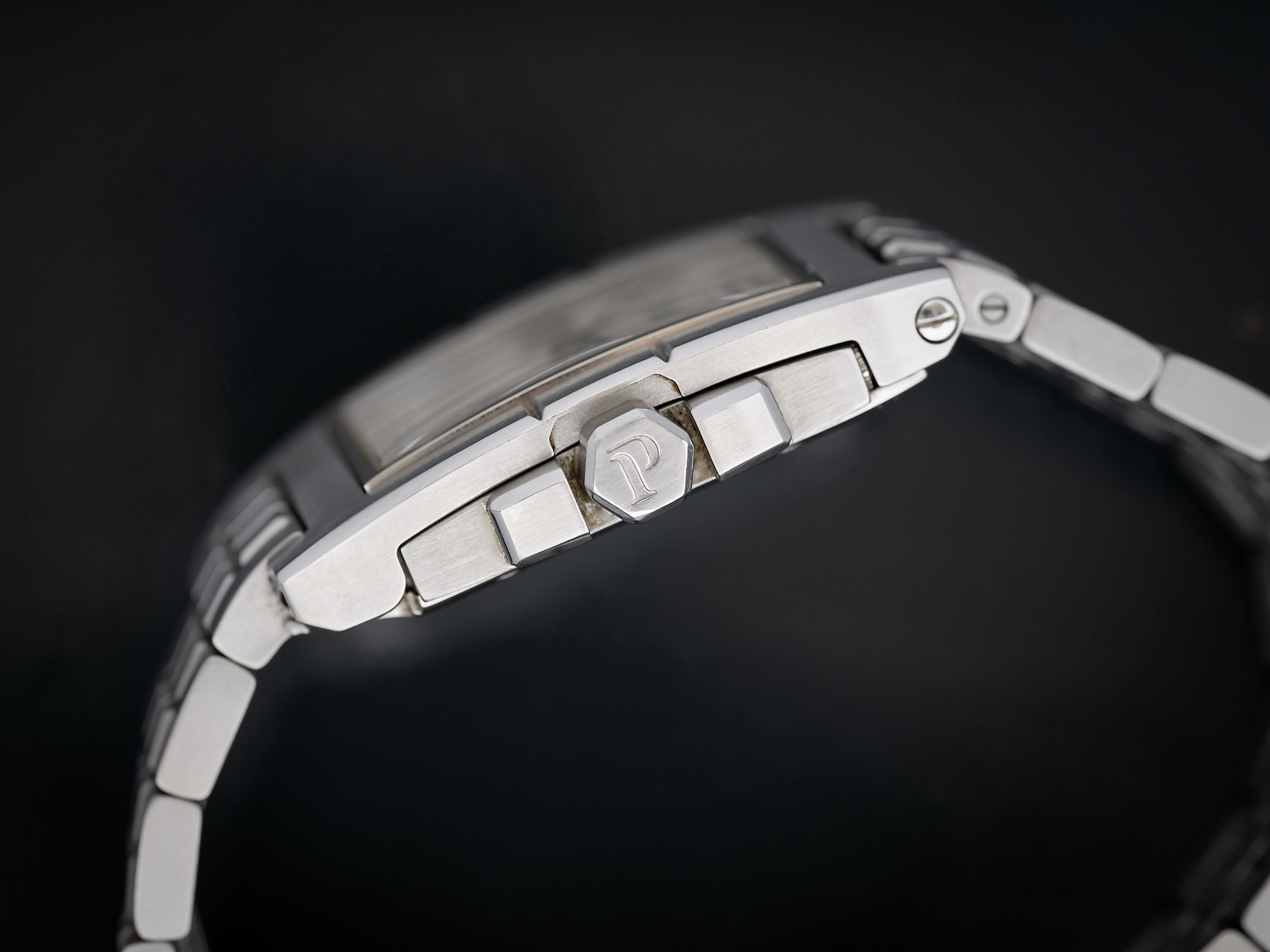 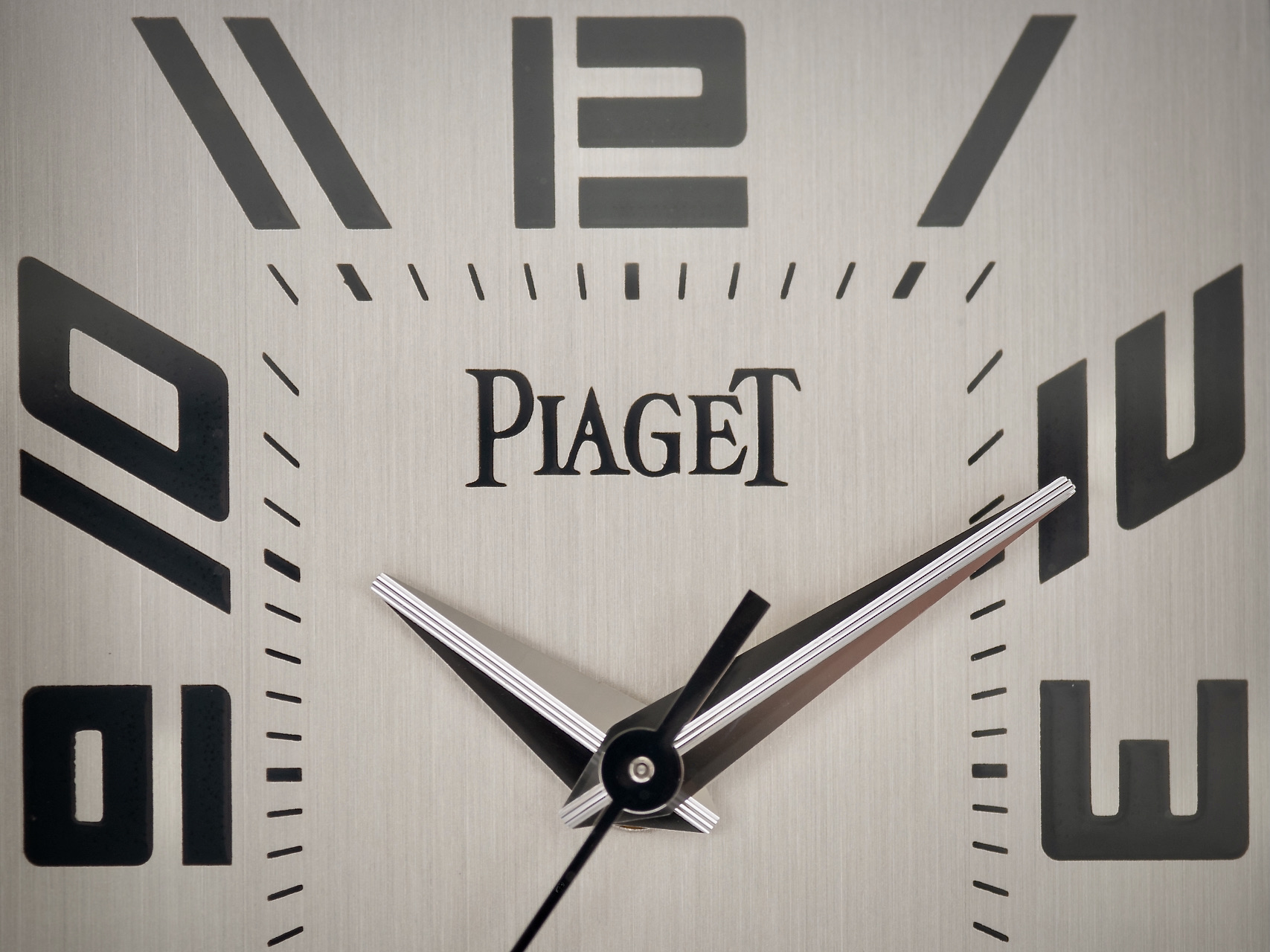 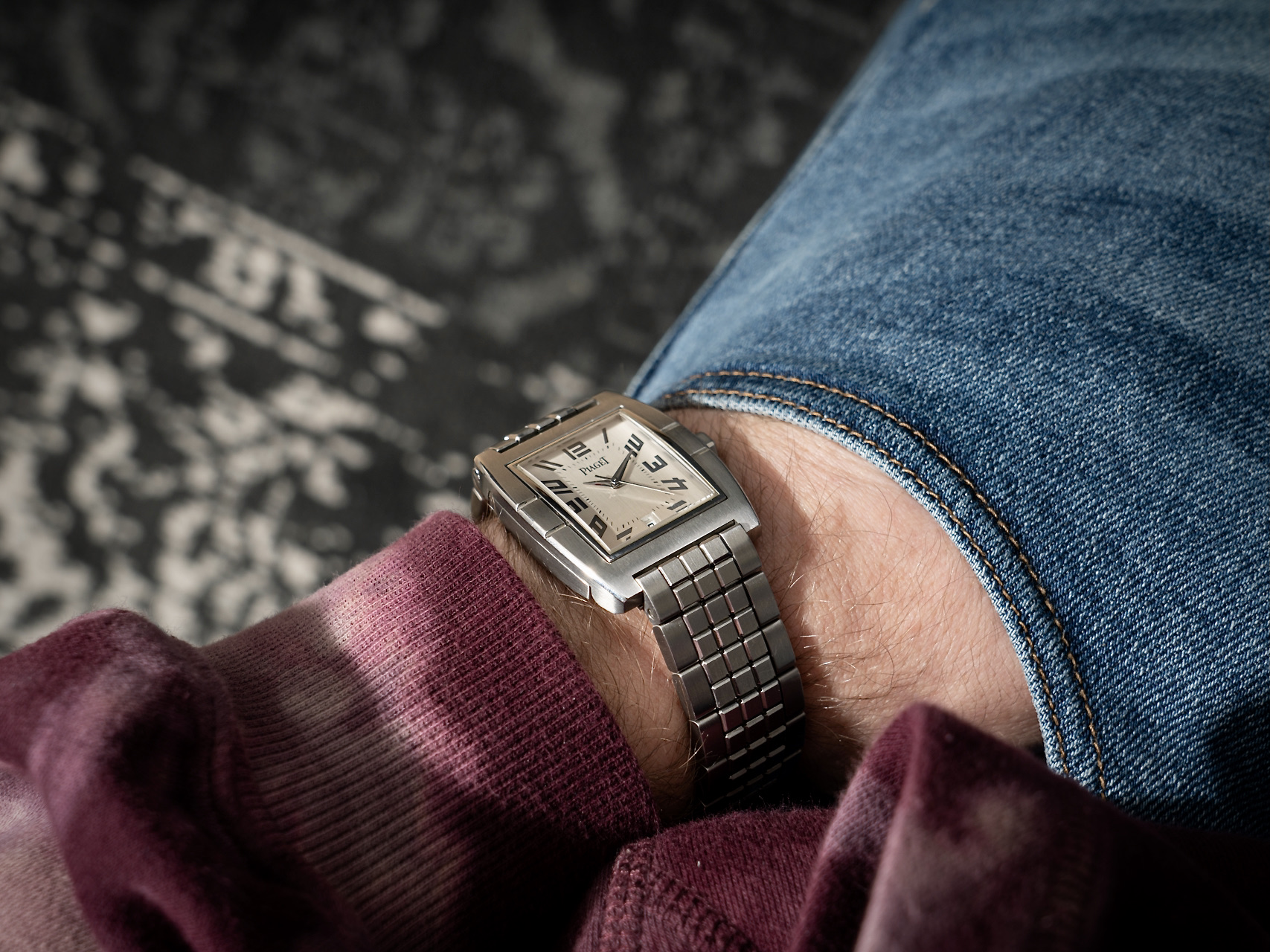 Ever since 1957, Piaget made its watches exclusively in precious metal. This all changed in 2001, with the launch of the Upstream. This stainless steel sports watch offered some unique features, most notable that the clasp is integrated into the case of the watch. This novel characteristic works very nice in real life and even increases the wearing comfort as there is no clasp irritating the inside of the wrist. It took Piaget over two years to develop this system.

Piaget approached the design of this sports watch, the same as it did with its precious metal models. A lot of care went into the design of the case and the bracelet, but also in the finishing. It is all very refined, with brushed and mirror-polished surfaces alternating to create an eye-catching watch. The fact that Piaget opted for a Tank-shape also plays a role in this, as do the unique numerals on the silver brushed dial. They give the watch a very modern appearance. Piaget even went through the trouble of creating a movement specifically for the Upstream. Caliber 504P which features automatic winding and is made at Piaget’s manufacture in Côte-aux-Fées, high in the mountains of the Swiss canton of Neuchatel.

The Upstream did not become the success Piaget hoped for, and they discontinued it a few years later, also because the production of the sophisticated case and bracelet was allegedly as expensive as their gold models. While it may not be able to match stainless steel icons such as the Royal Oak or the Nautilus in its heritage, it can easily stand its ground among them. It is a rare watch with a charismatic character and one of those watches that only seem to get better over time. As always, she was fully serviced and will be offered with our 24 month warranty.