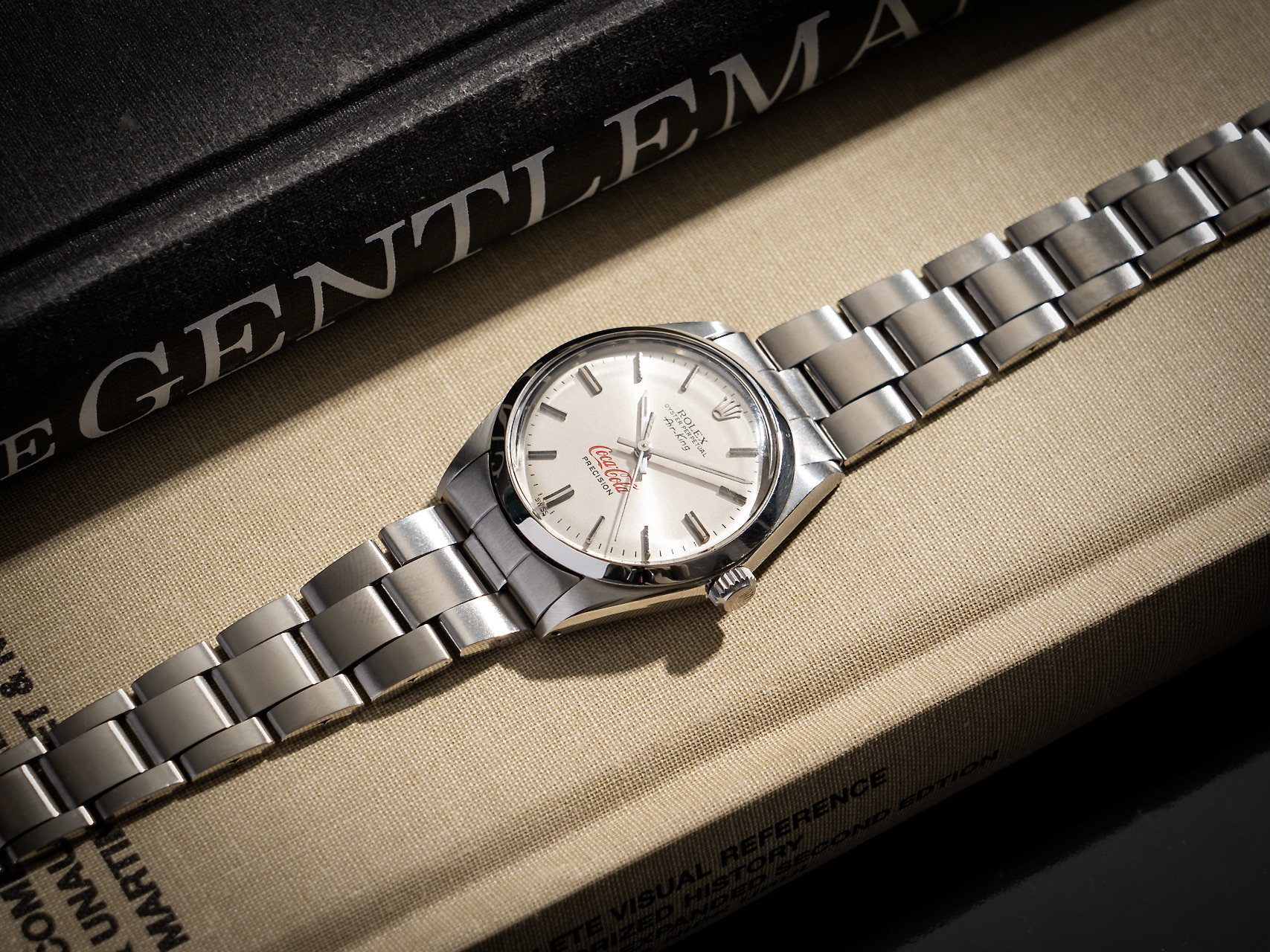 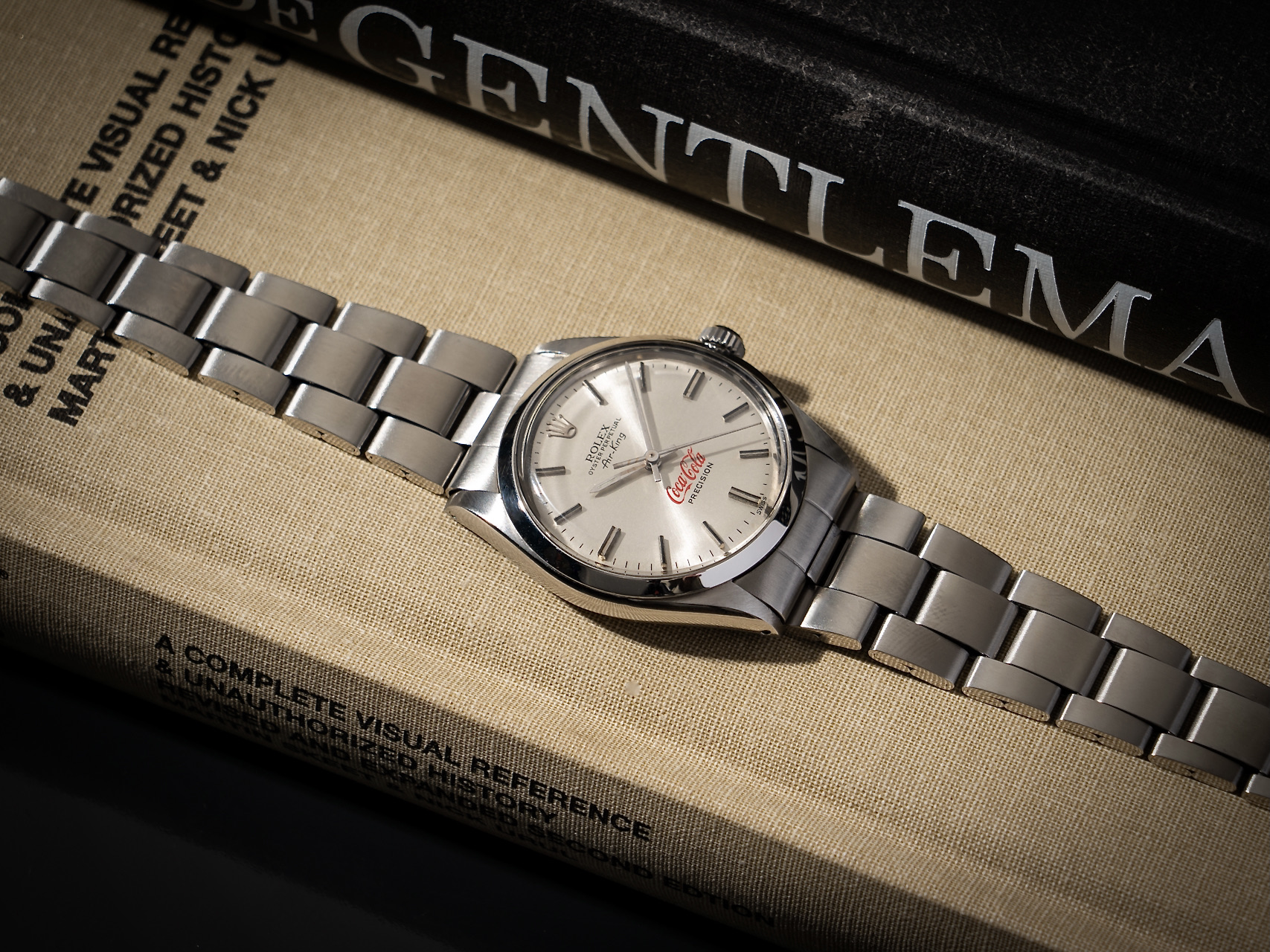 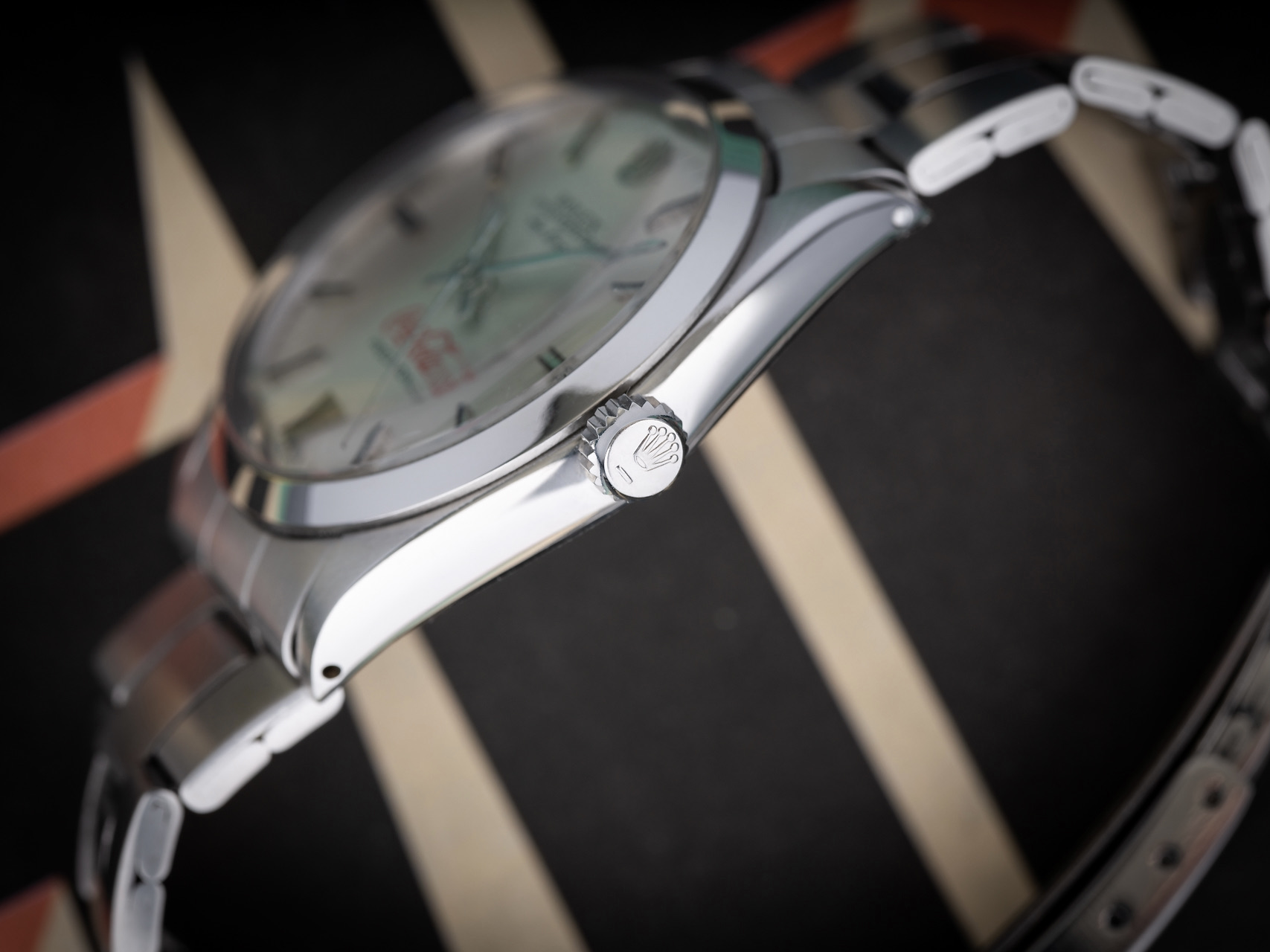 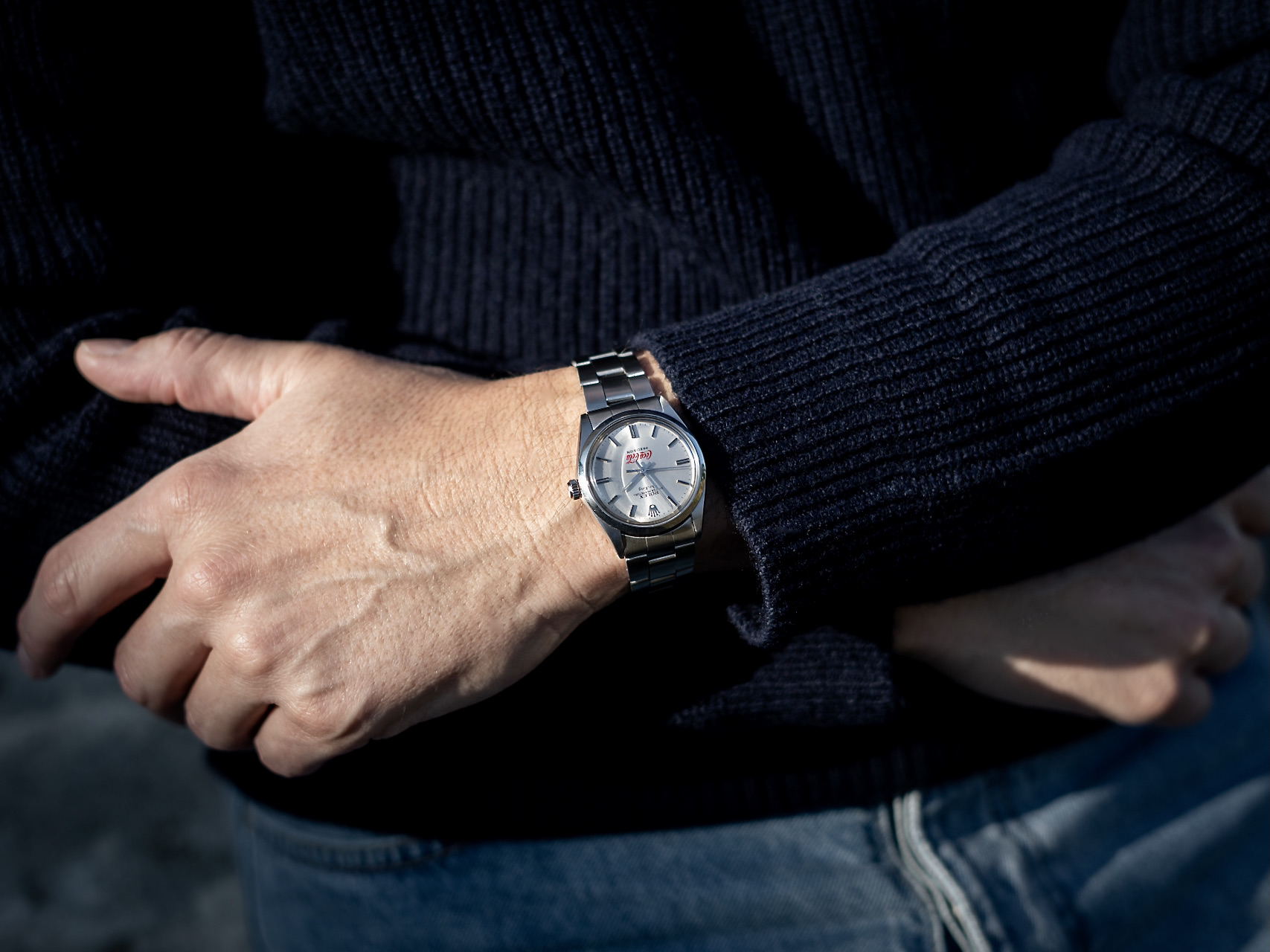 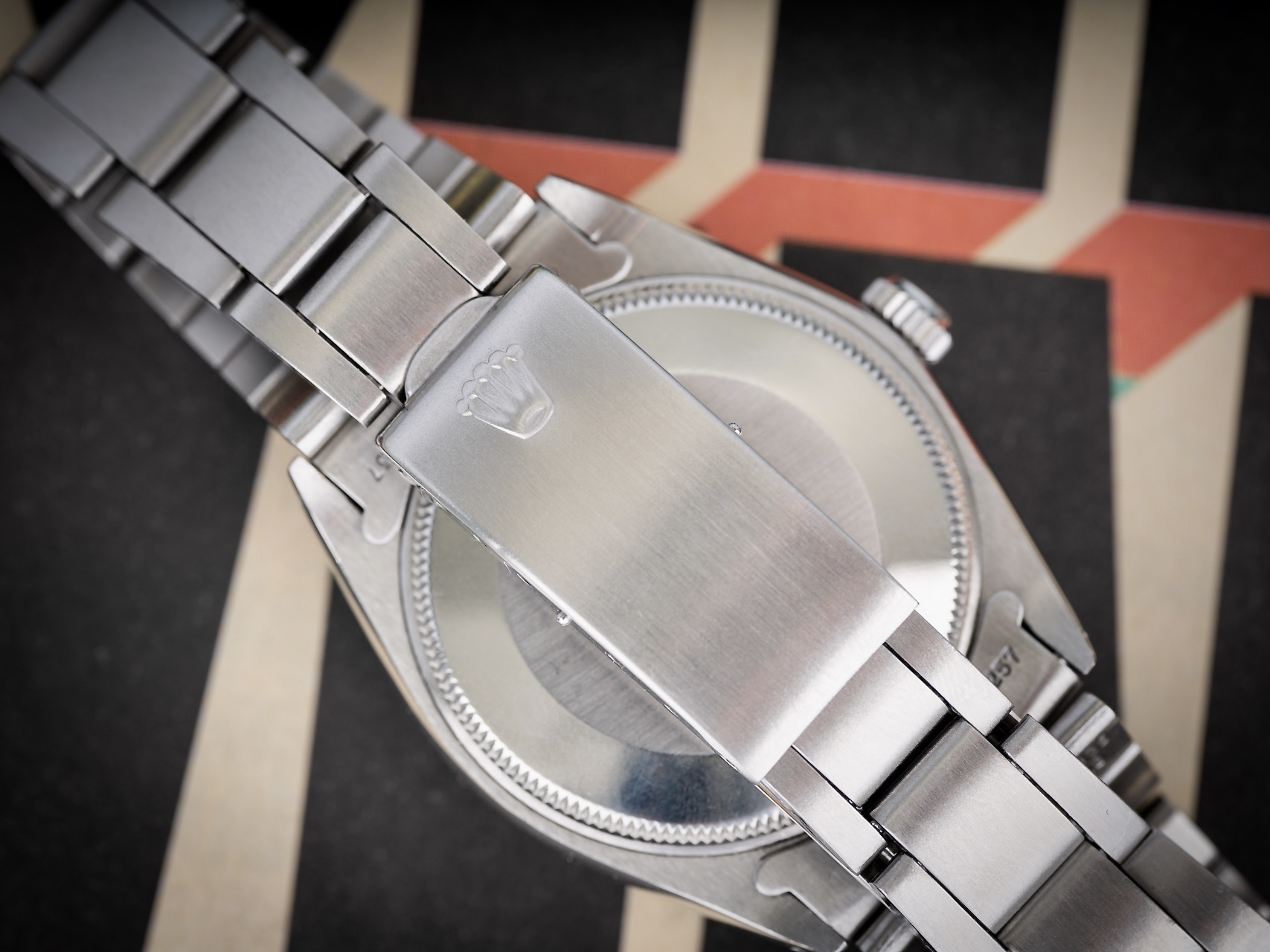 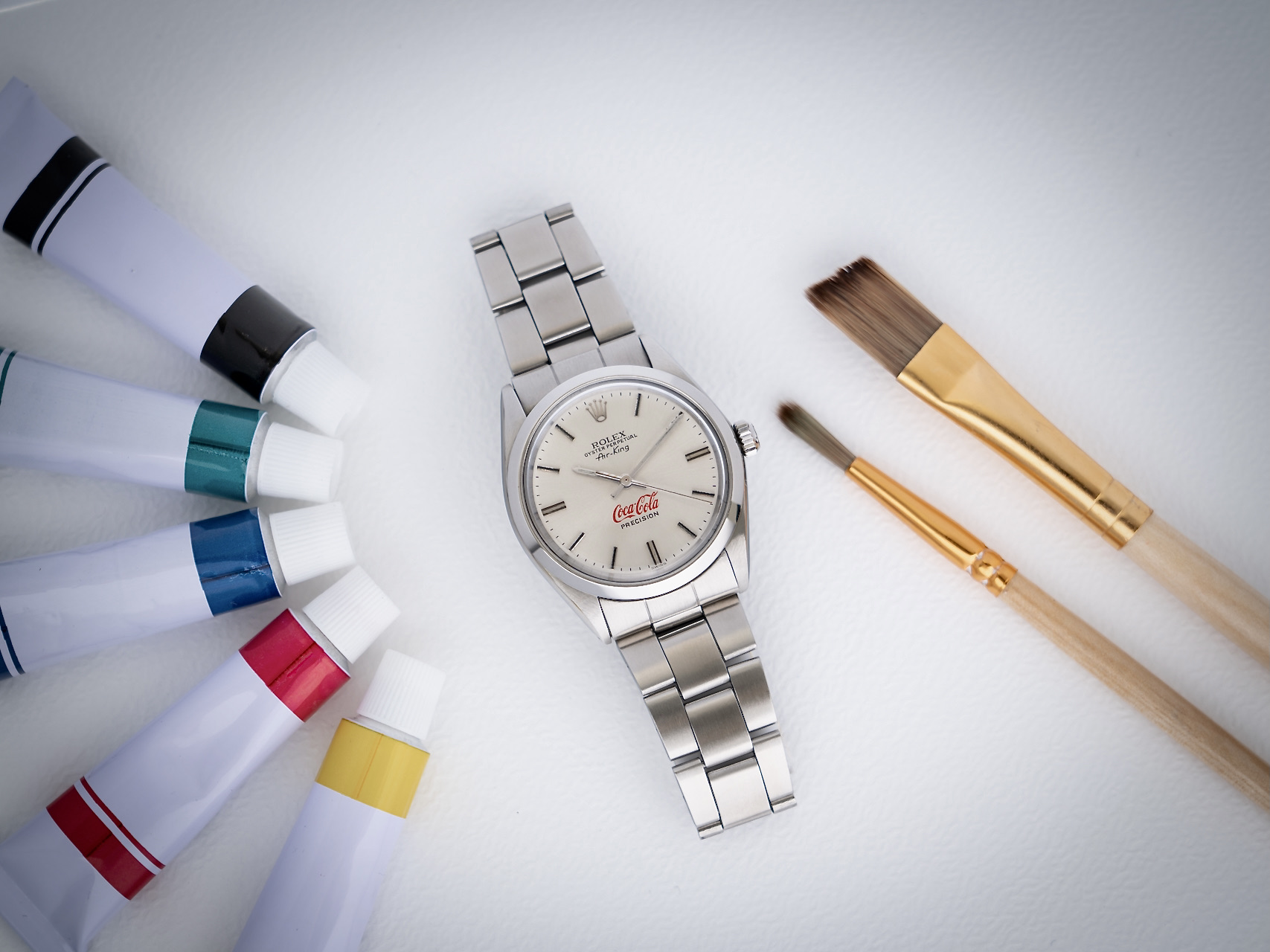 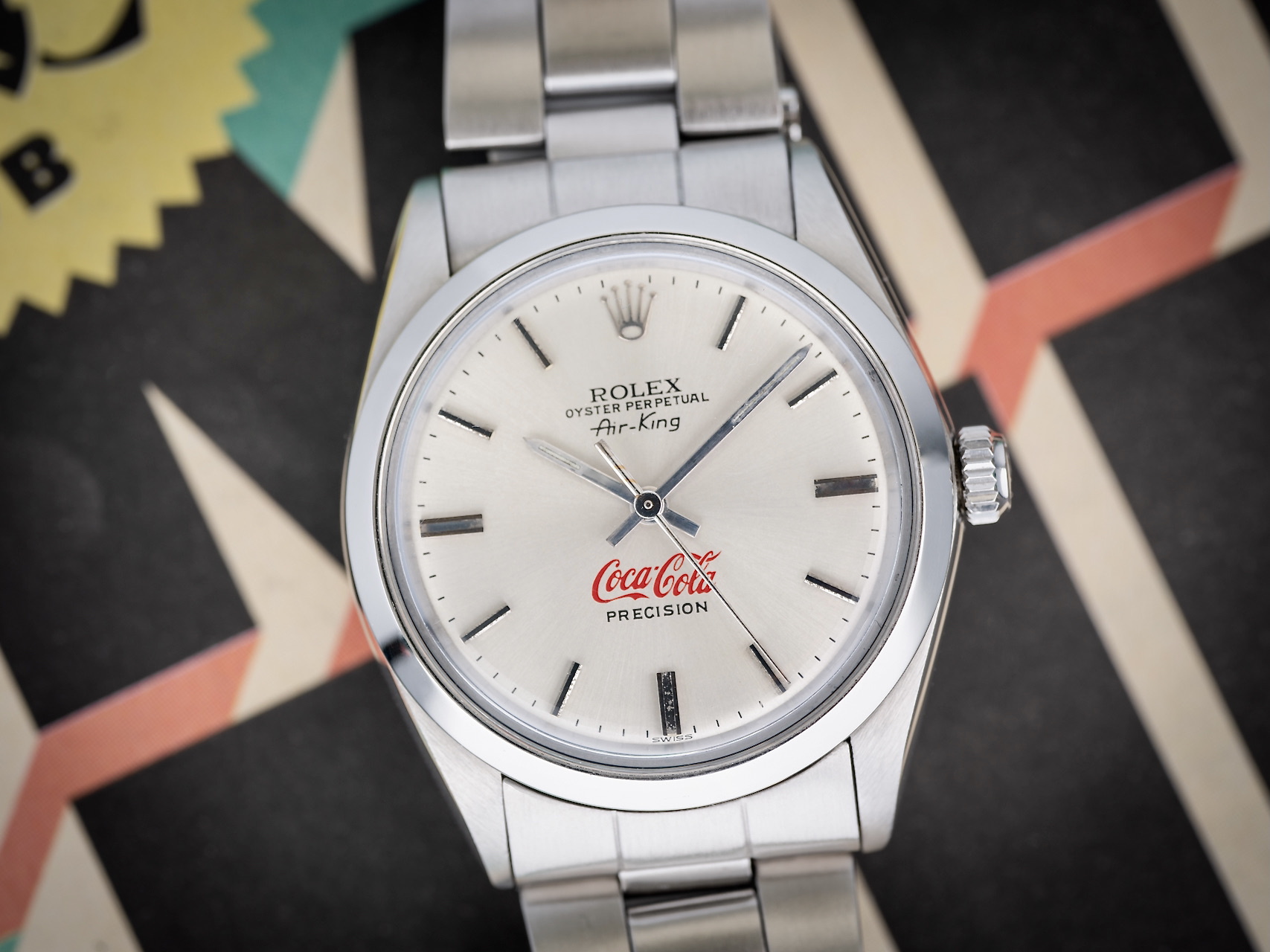 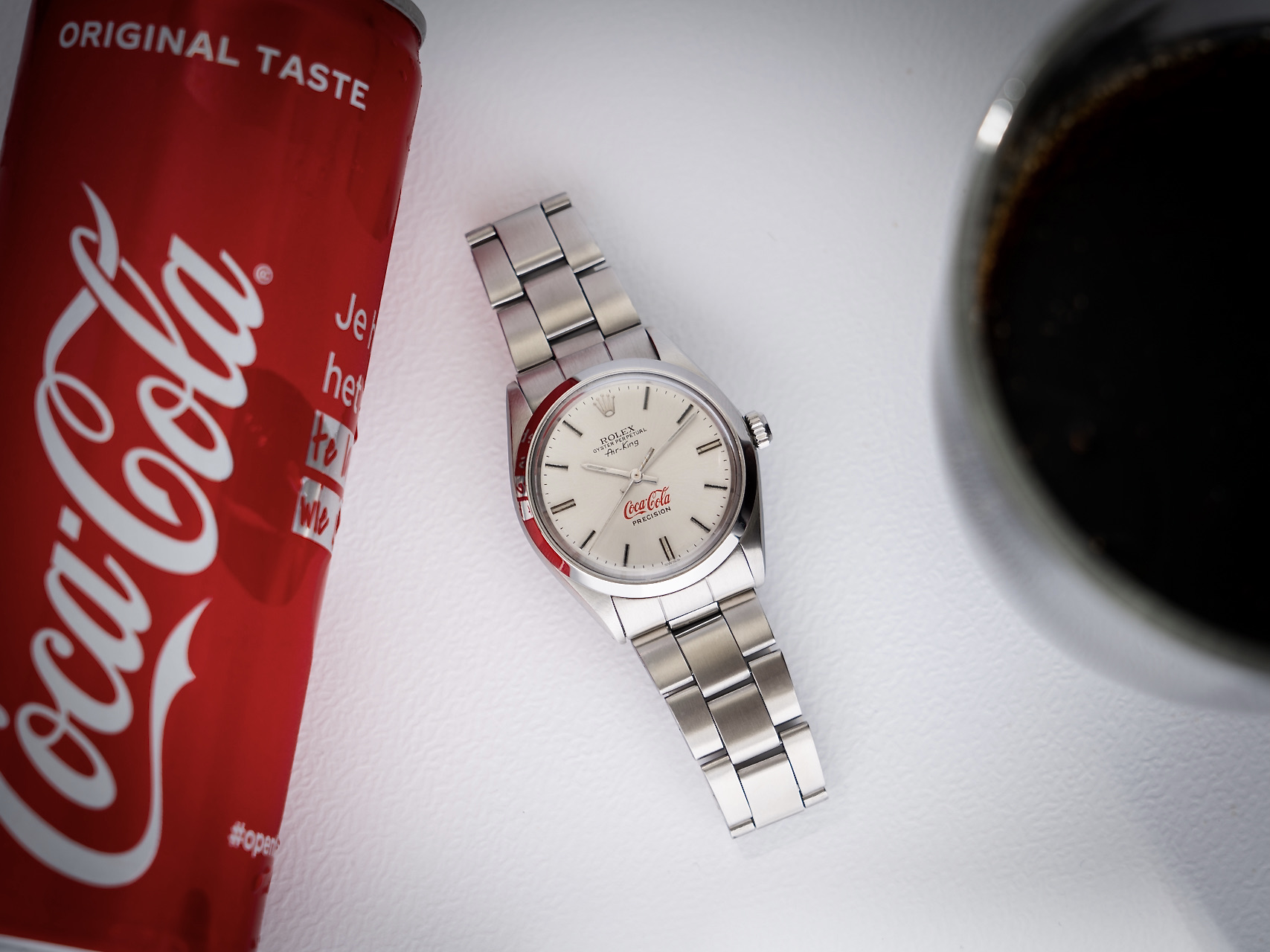 Over the years, Rolex made a lot of dials with company logos, team and event logos, but also with military insignias, and Middle Eastern rulers’ signatures. Most of these vintage Rolex watches with a Logo and/or Crest dial originated from the 1950’s and were produced till ca. the mid, to late 1990’s. At one point Rolex really advertised corporate-branded Rolexes as a good service award, for loyal employees for instance or to celebrate an employees anniversary with a company.

Back in the 1960’s and 1970’s employees at Coca-Cola could be rewarded with a watch like this Rolex Air-King; when for instance they’d reached their 25th anniversary with the company, or when one reached a certain sales target – pretty nice secondary terms of employment! The bright red Coca-Cola logo above the six o’clock position is crispy clean and very sharp and sets off real nice against the Air-Kings silver, Sunburst dial. The overall condition of the watch can be considered as very good with a strong case with well shaped lugs and the original, folded Oyster bracelet still present. All in all this is a very rare and highly collectible Rolex watch for any vintage Rolex aficionado, or for any collector of Rolex Logo and Crest dials – Finding another one of these Rolex Air-King “Coca-Cola” watches will be quit the task.

As always, the entire movement was fully serviced according the Rolex specs and the watch will be delivered with our 24 month warranty.