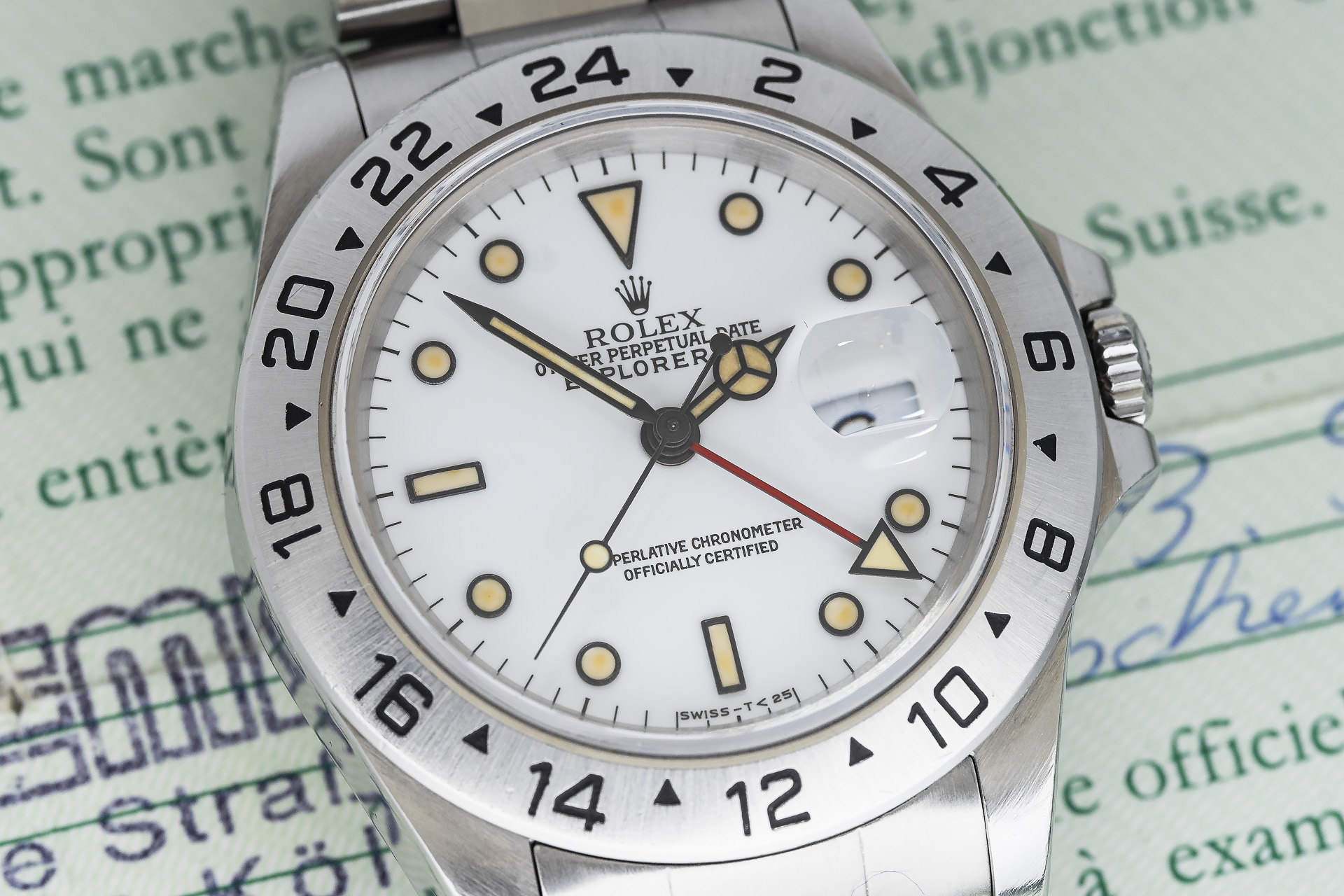 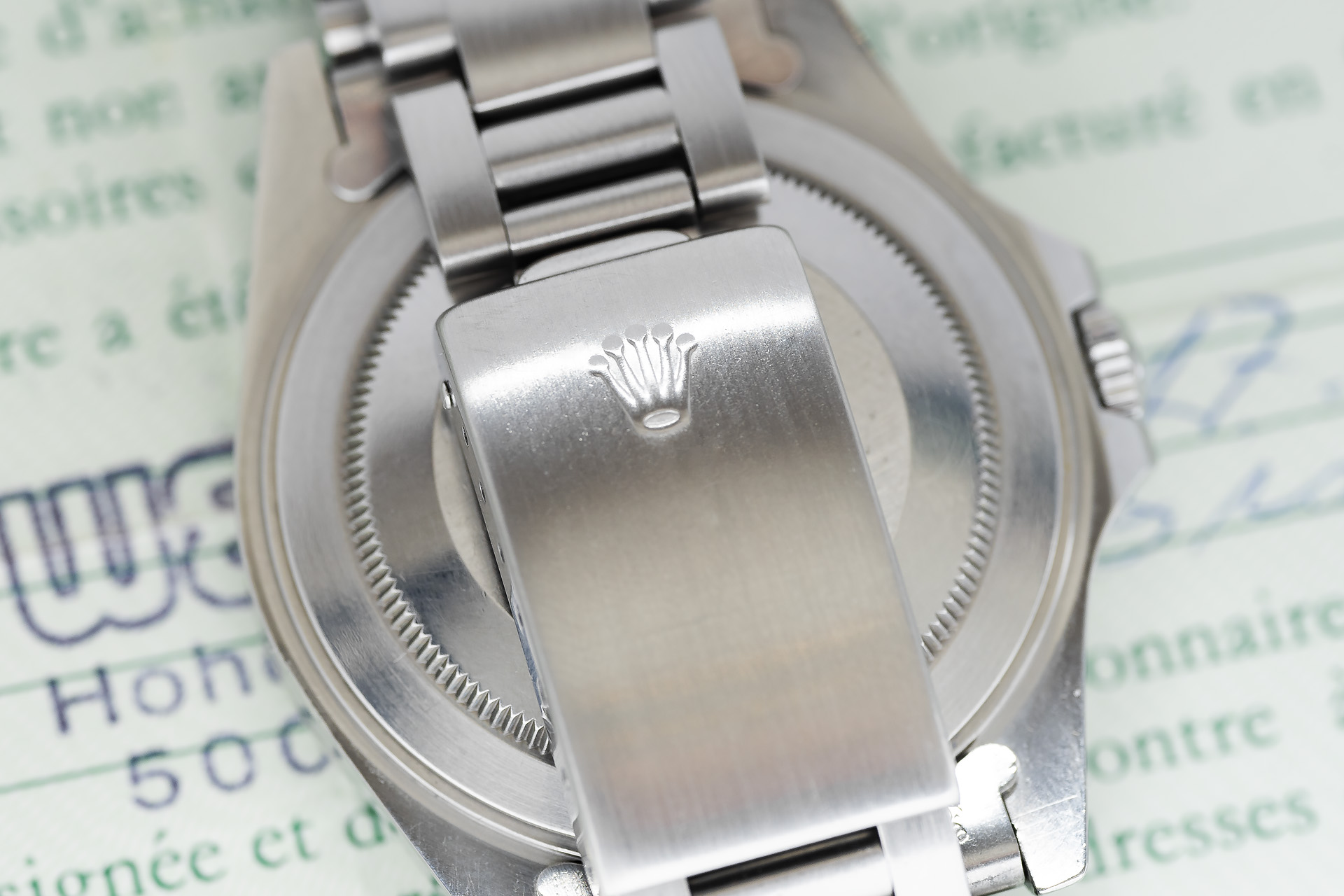 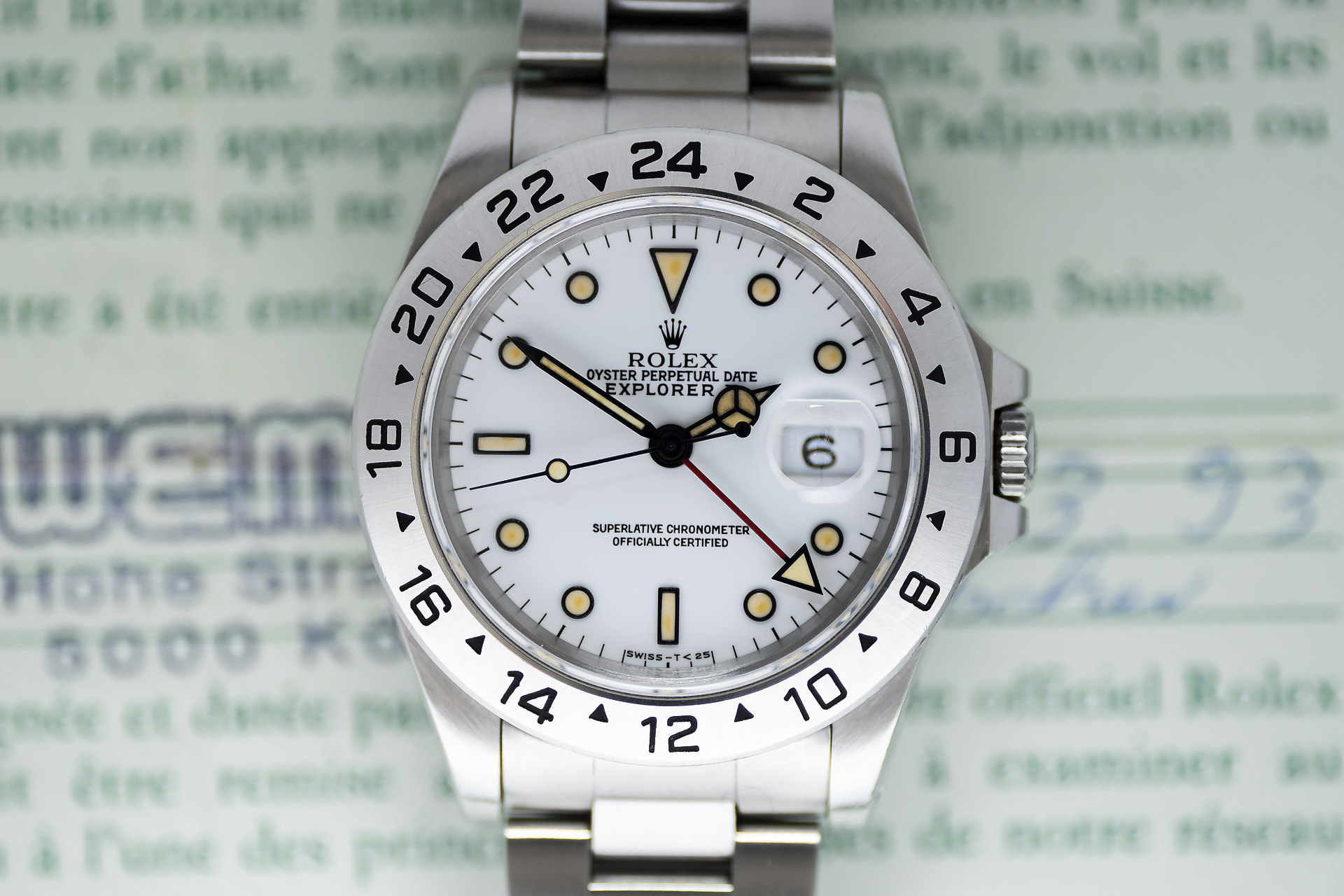 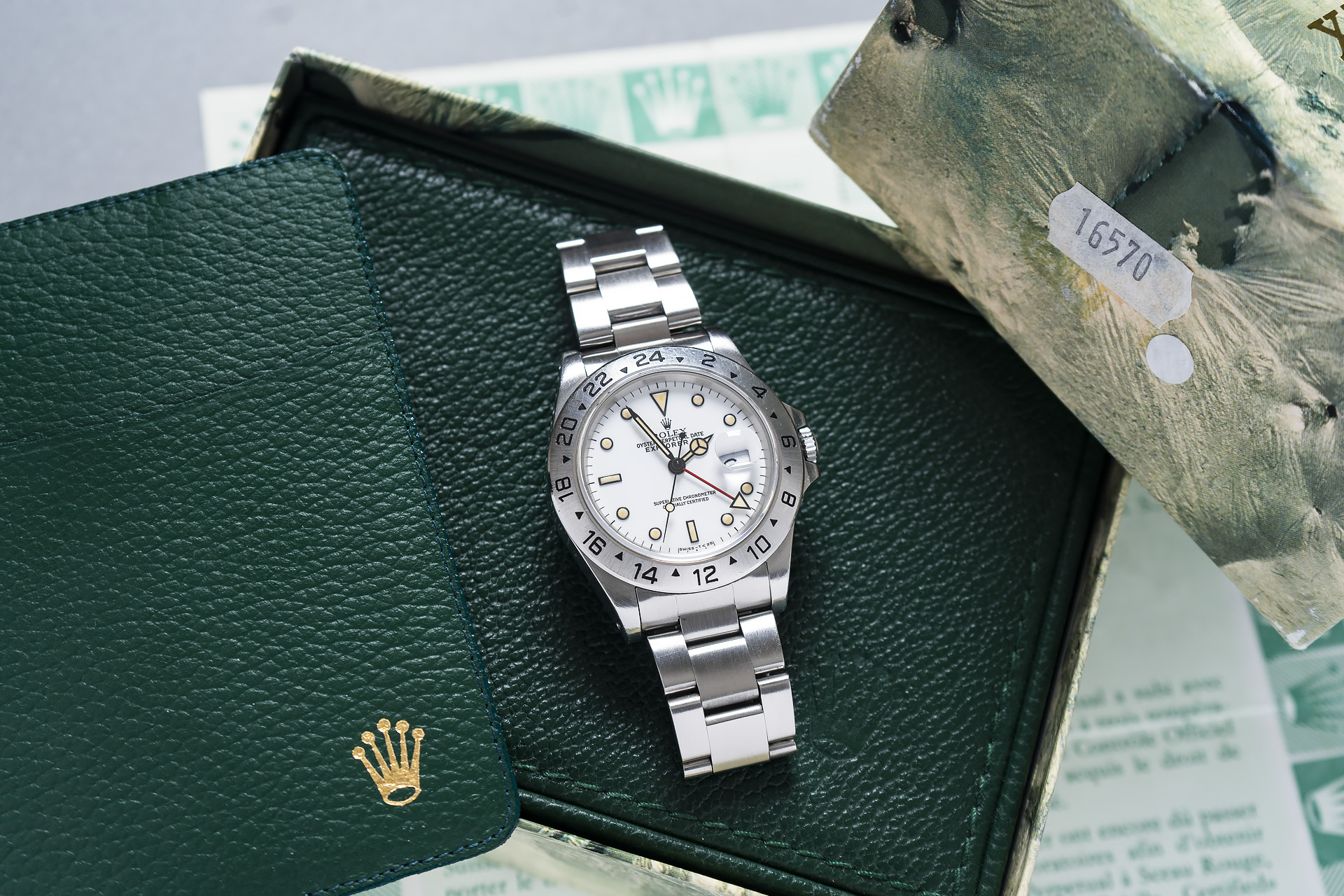 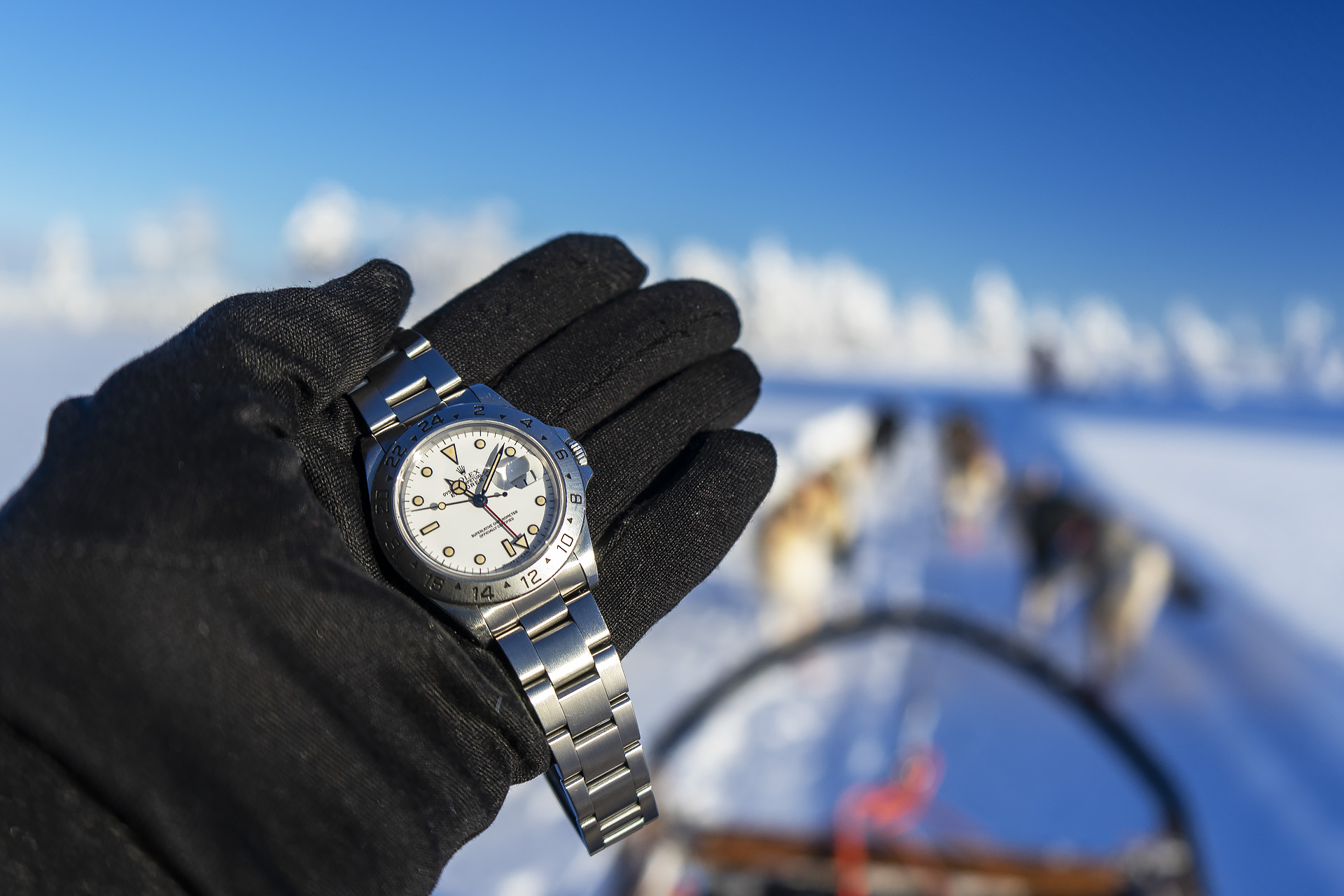 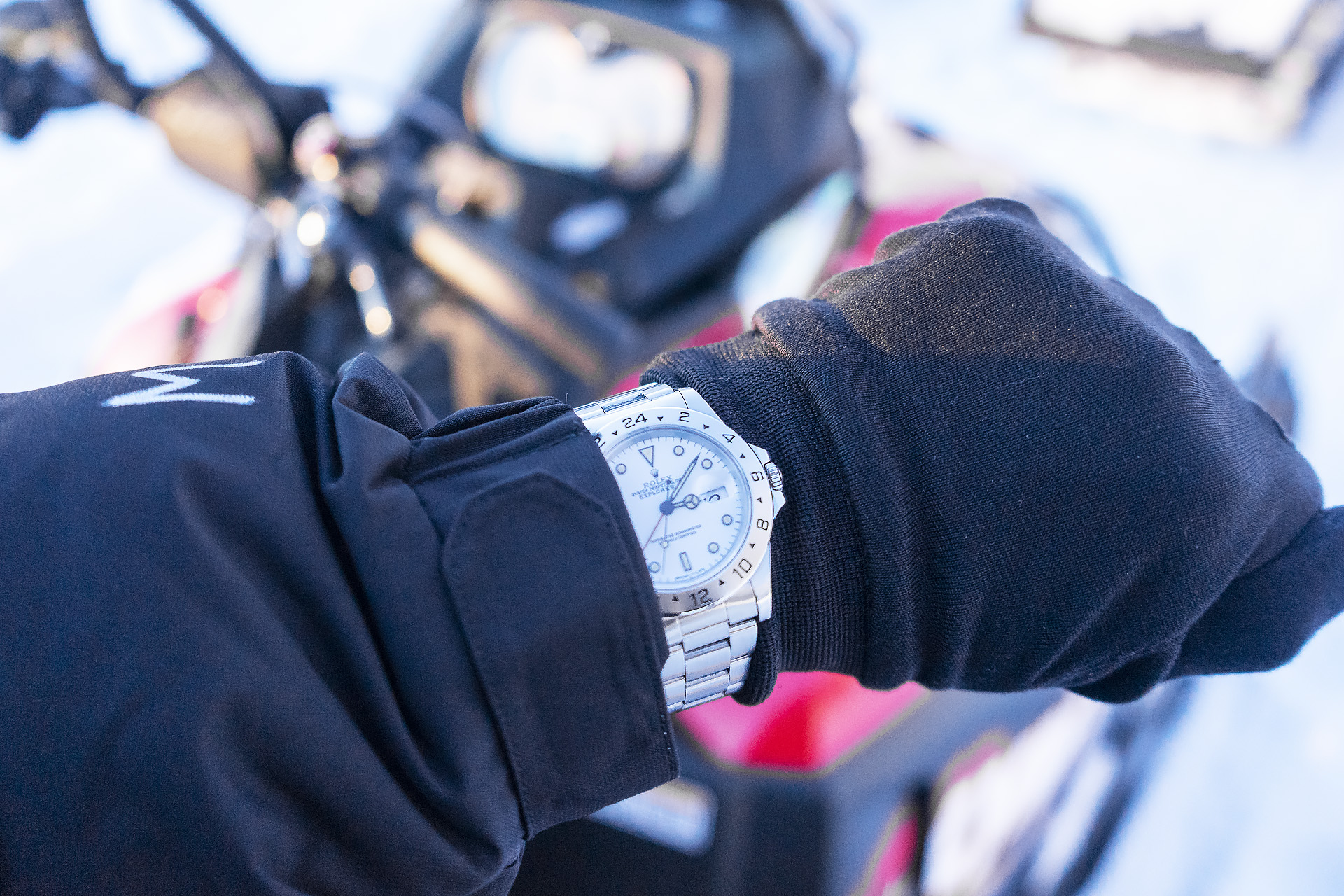 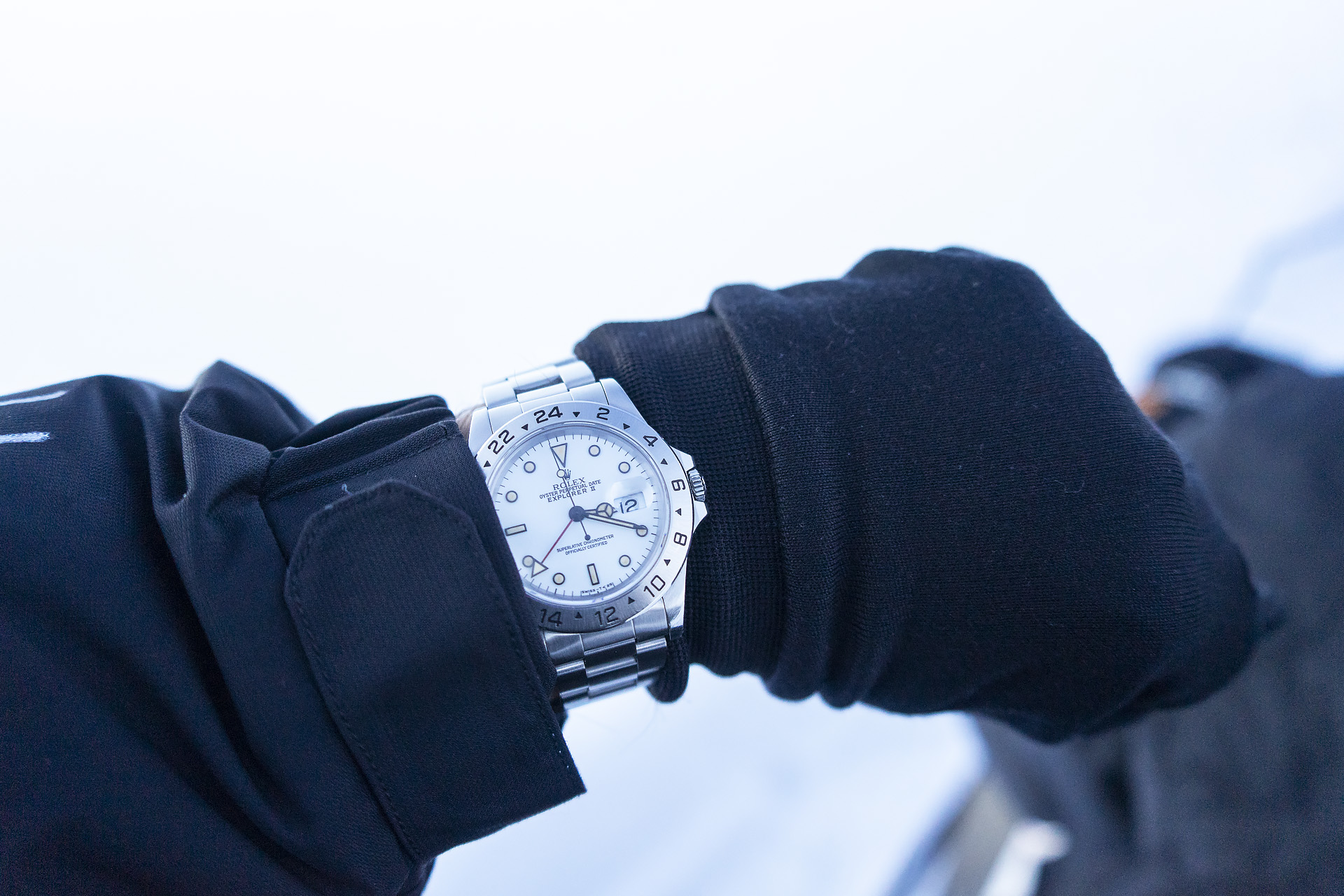 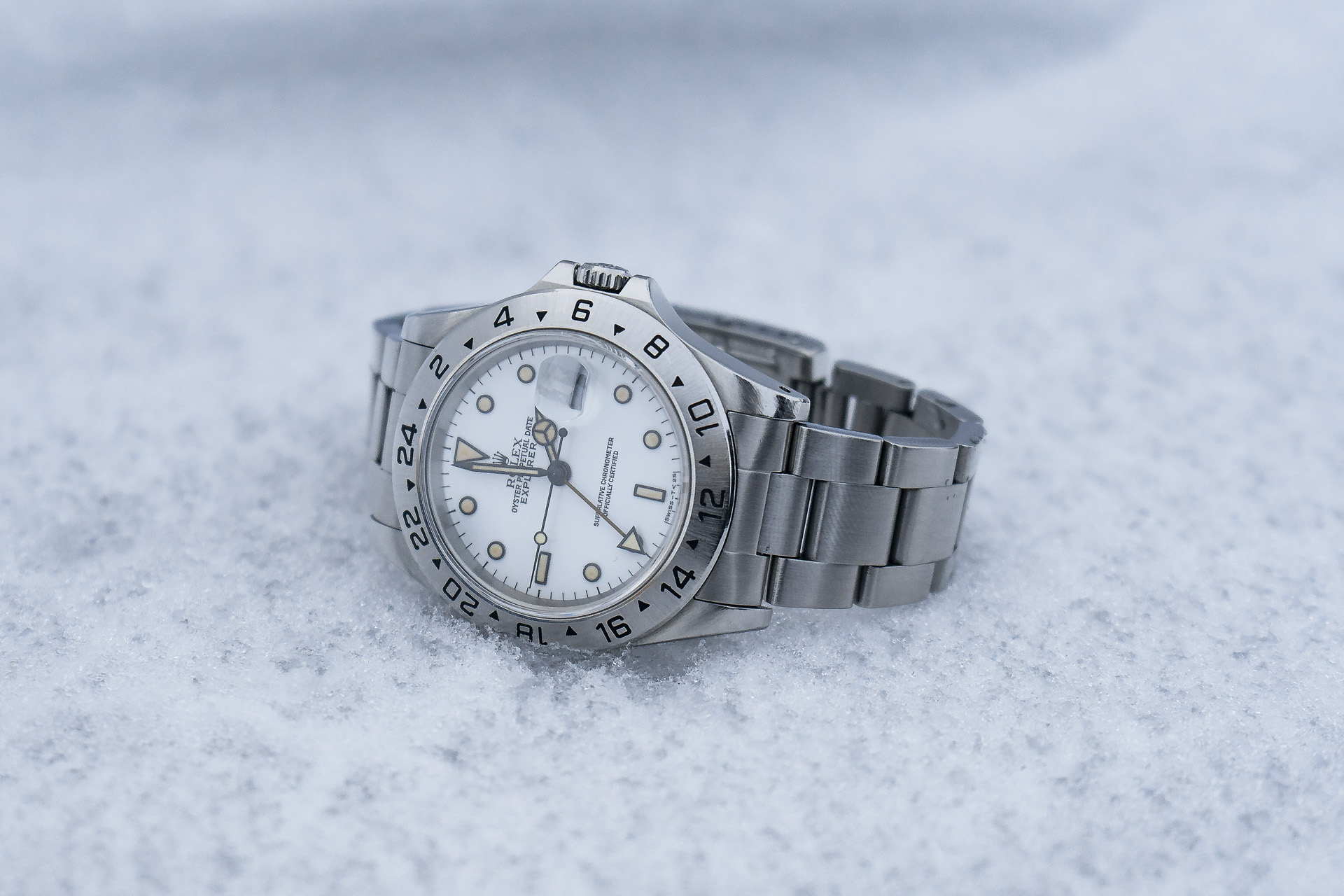 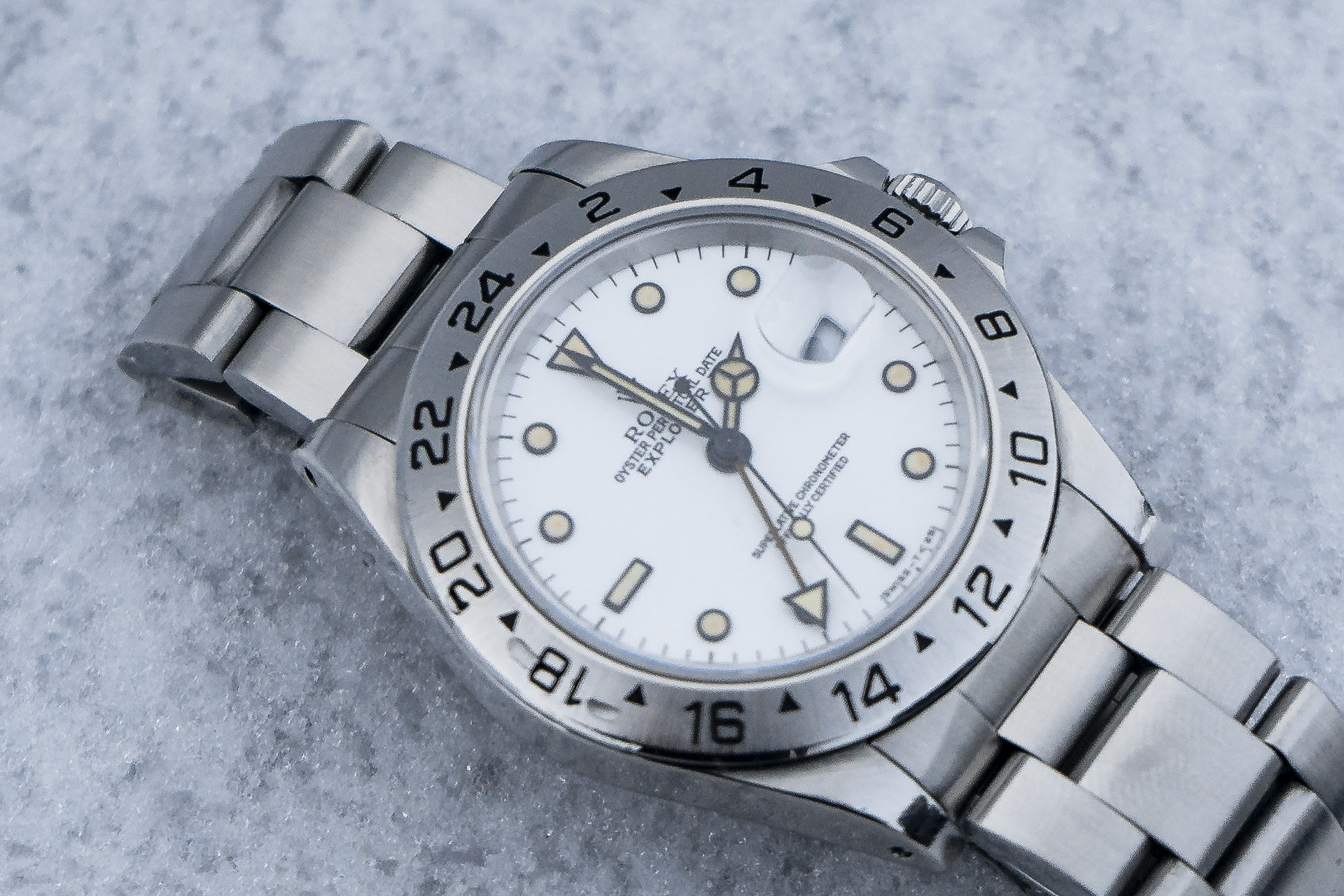 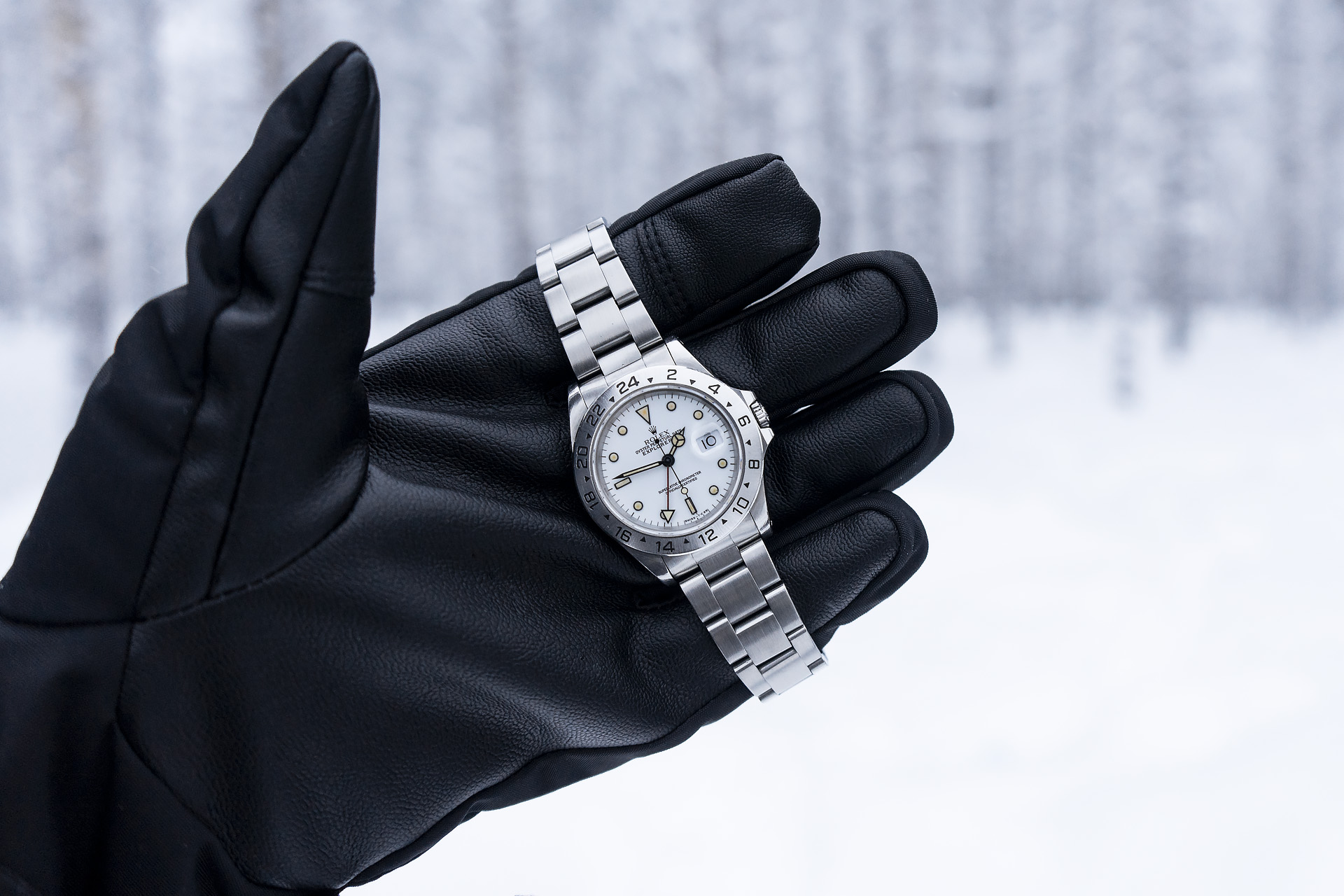 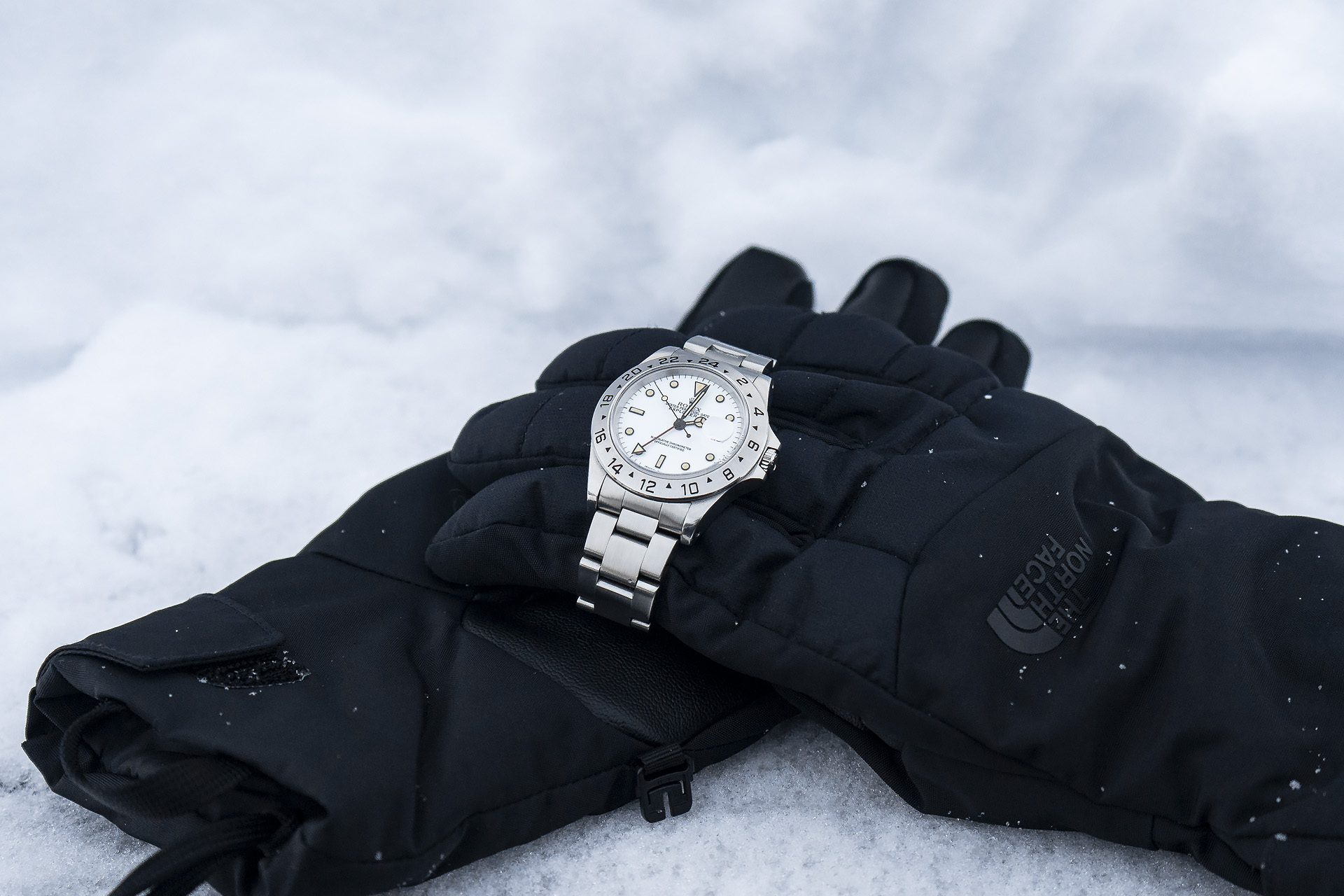 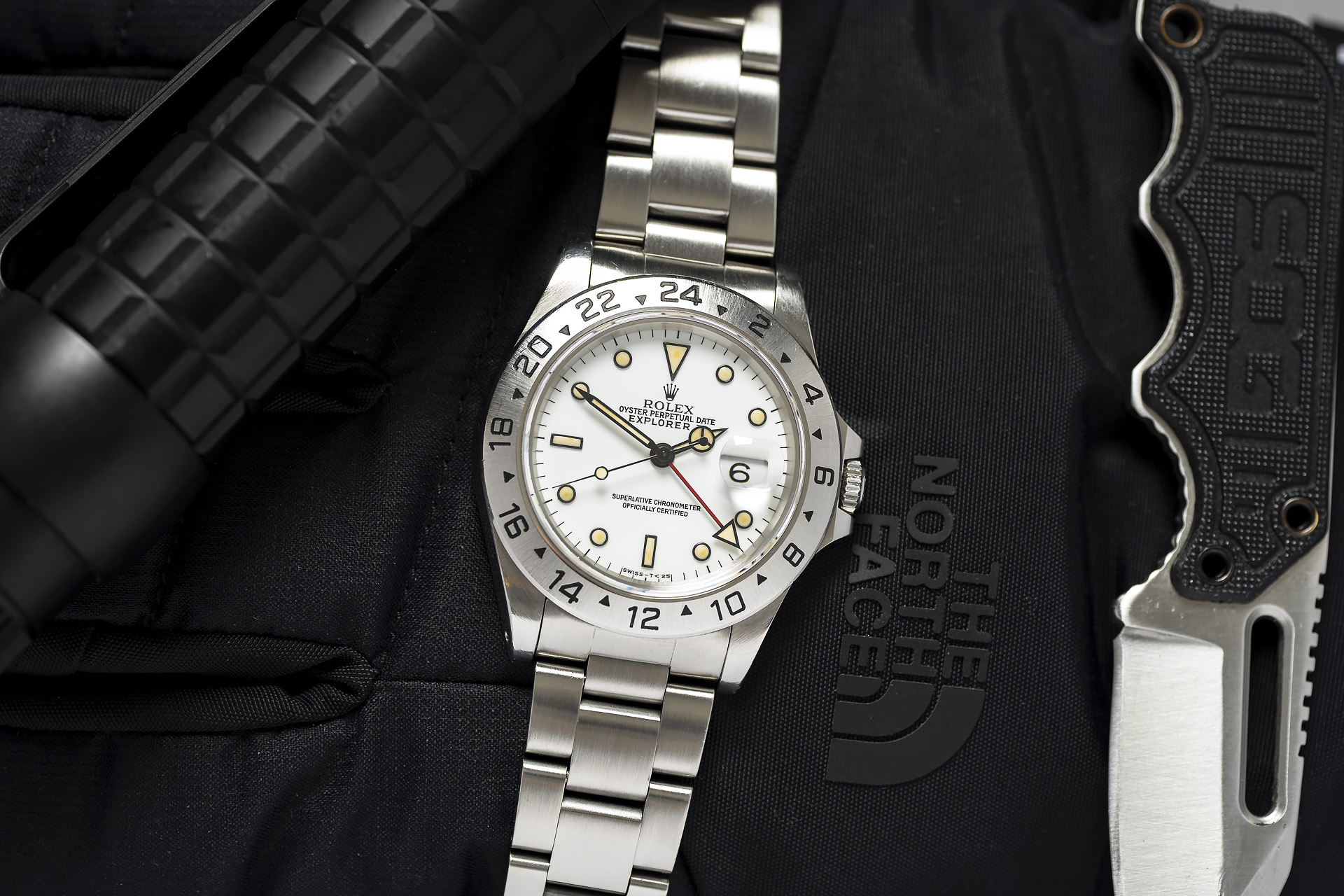 If you followed this watch its adventures through our Instagram posts and stories, you will know it had a blast! Our adventurous buddy and photographer, Jeroen Vink wore this Explorer II while Exploring the High North.

This Explorer II from 1991 visited the north of Lapland, part of the Arctic Circle, during a weeks long Exploration. It endured temperatures as low as -28 degrees and stayed on the wrist almost 24 hours a day. The watch was worn during, high speed snowmobile rides, dog sled rides, hiking and Ice cave exploration. It was exposed to water, snow, ice and an accidental beer spill or two. This Explorer even witnessed the Northern Lights on the edge of the Arctic Circle, making this Rolex watch officially much more adventurous than me…

Upon the watch it’s return, we did a full check up of the movement, the lubricants in the jewels and the watch it’s timestamp. It became clear the watch started to run a bit slower then when it left, probably due to the zub zero temperatures and the temperature variations (going from +20 degrees from inside a log cabin, to -20 degrees outside in the snow). Apart from the small loss in time a few more scratches we’re added to the Oyster bracelet – No other problems or hick ups were detected after the Explorer’s zub zero adventure. Now, we can tell you all about the gorgeous ‘Chicchi di Mais’ dial and the beautiful warm patina, about the original matching hands. About the very strong case and bracelet and the fact this beauty is accompanied by it’s original box and papers – but I think you guys will understand this by now. We’ll just let the photo’s do the talking!

The movement is again serviced and regulated but we will leave it to the buyer to do do anything about the watch it’s adventurous ‘battlescars’ A polish is easily done, but that polished material can’t ever be brought back.

This beautiful Explorer II will be sold with a 12 month warranty.