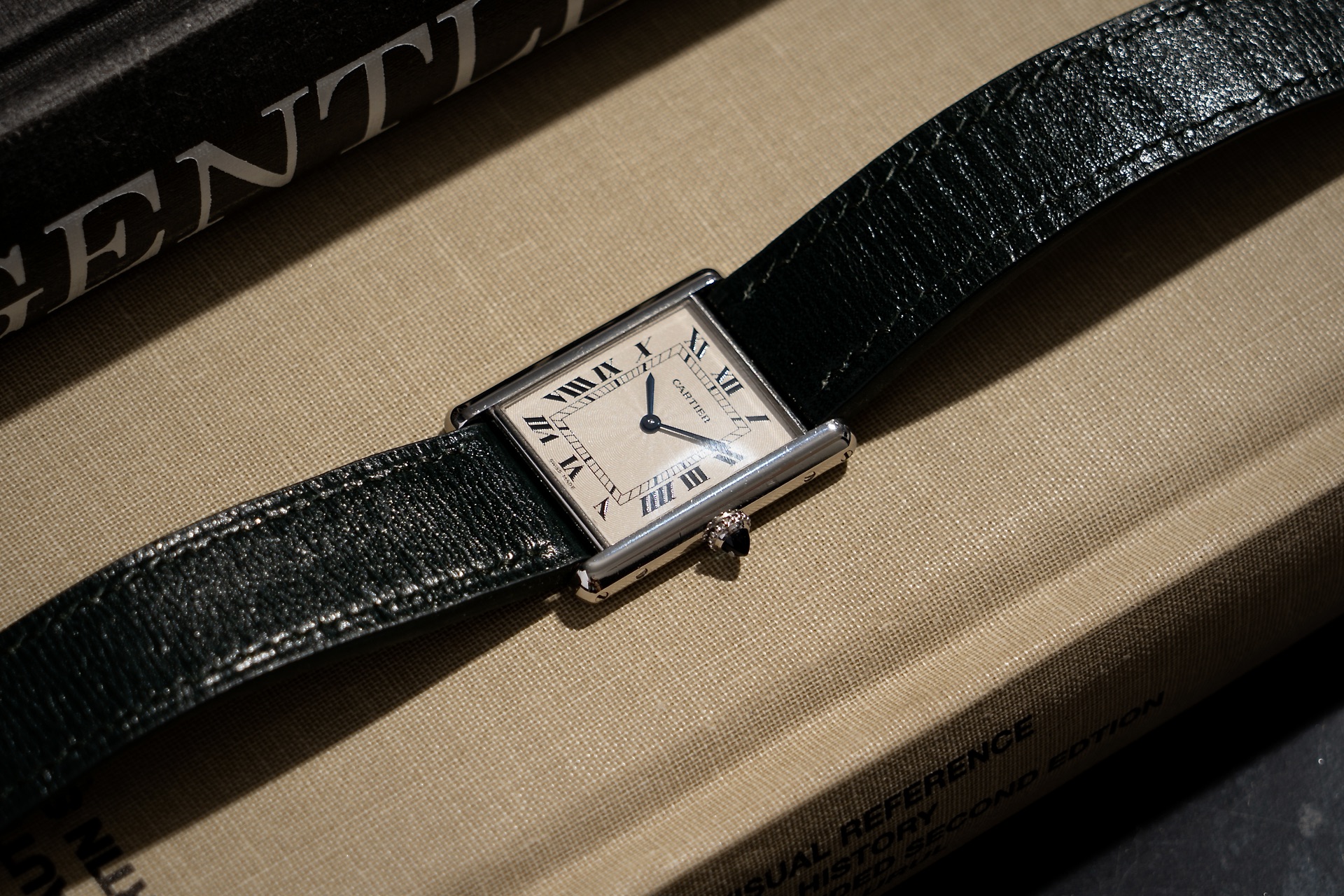 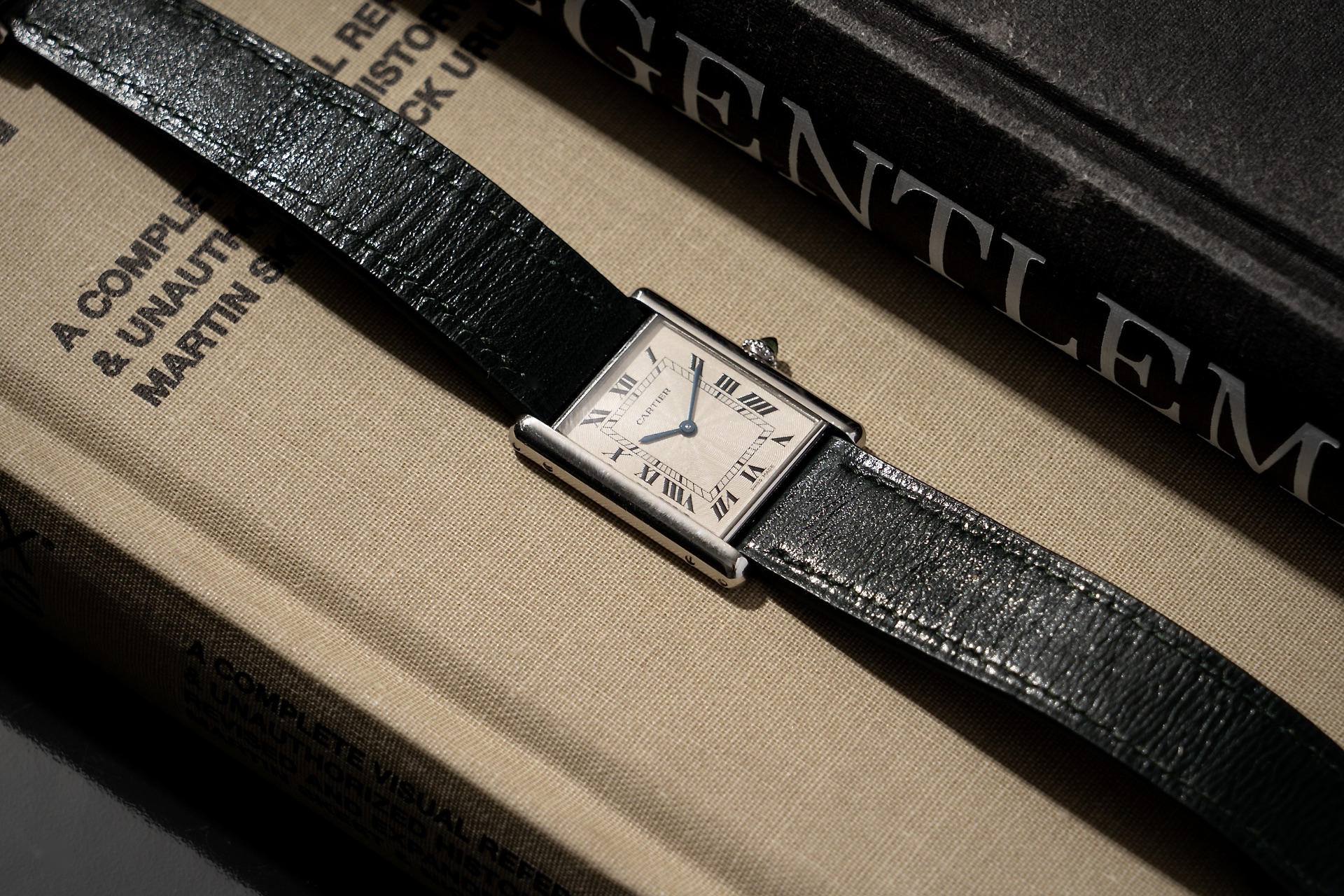 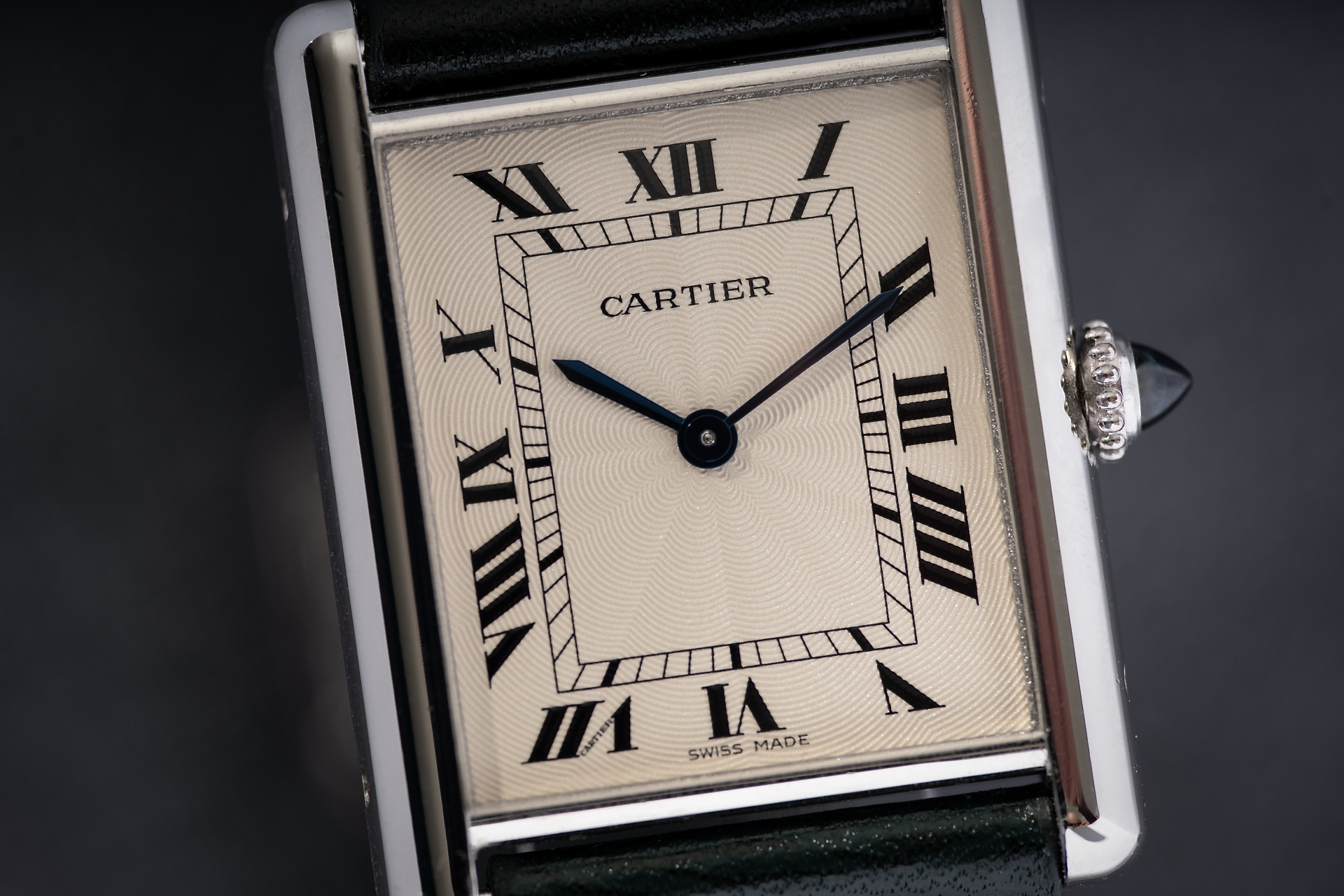 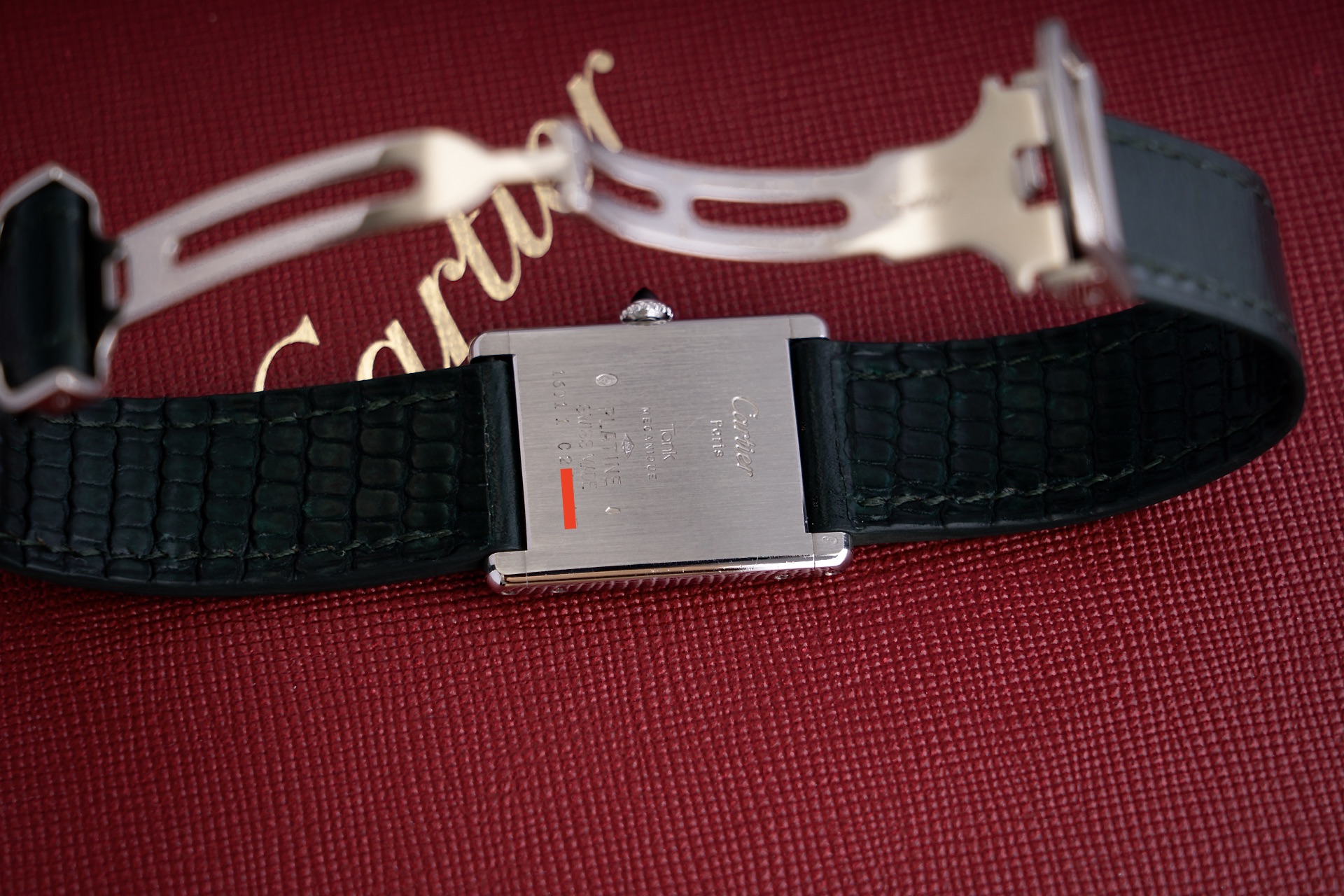 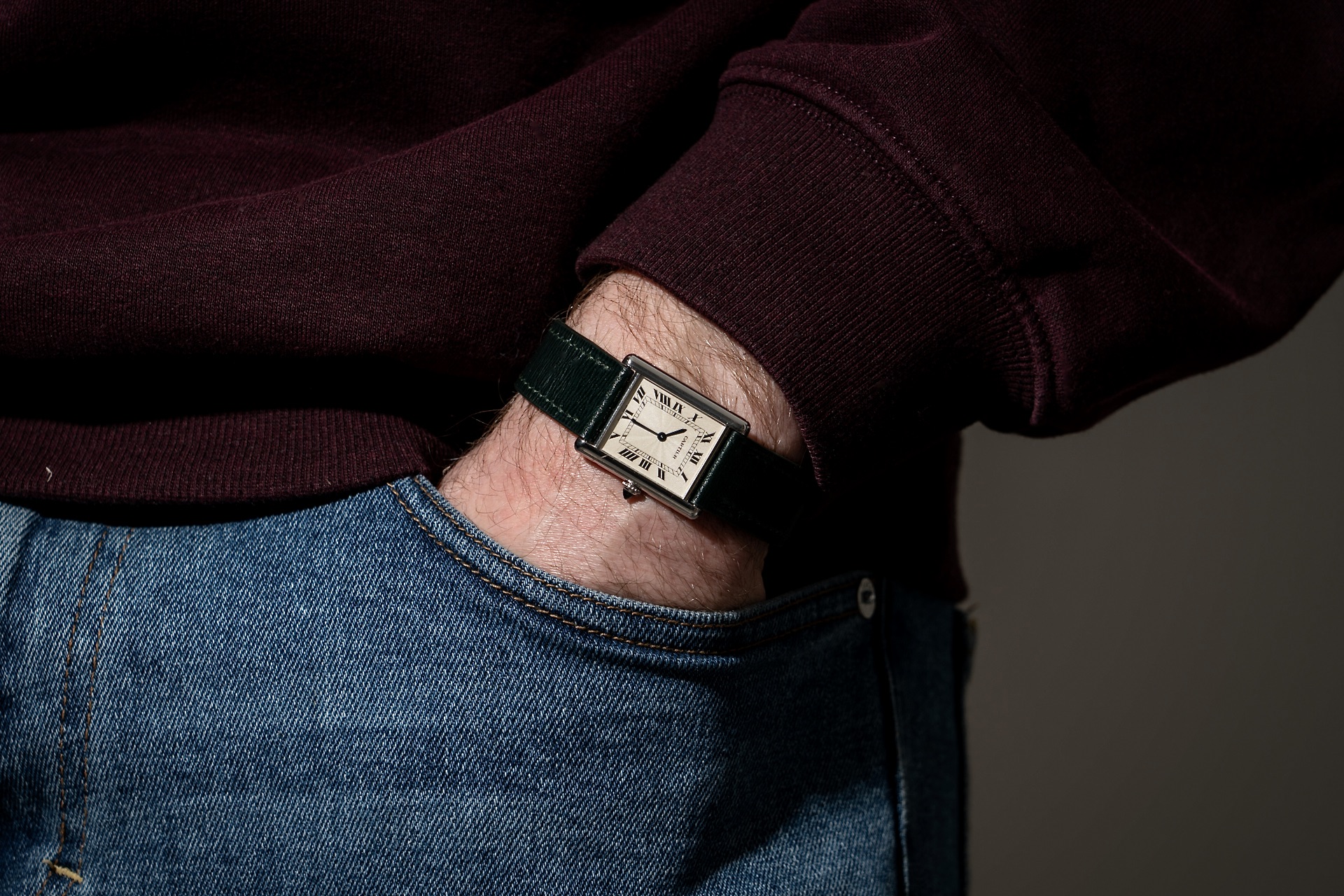 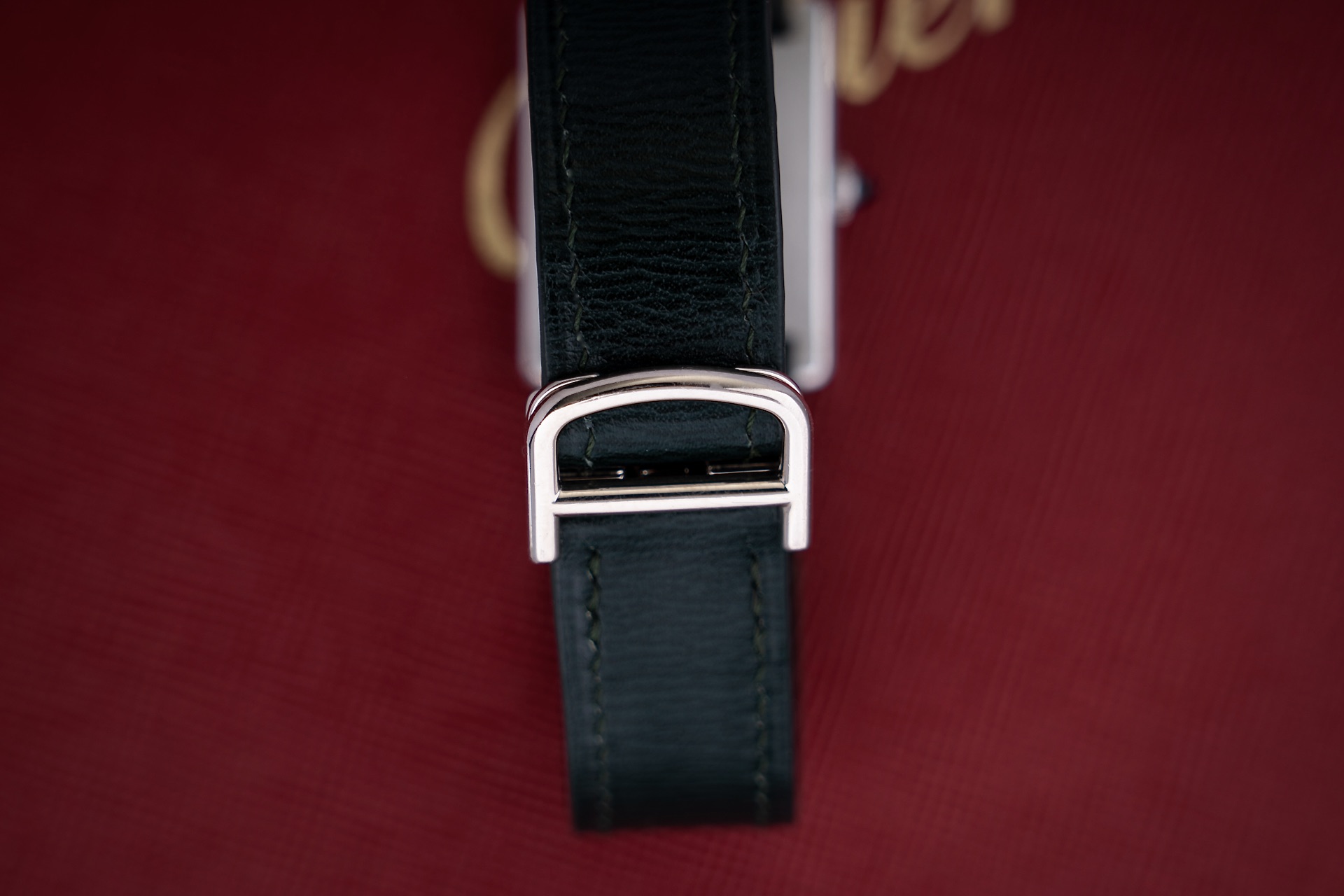 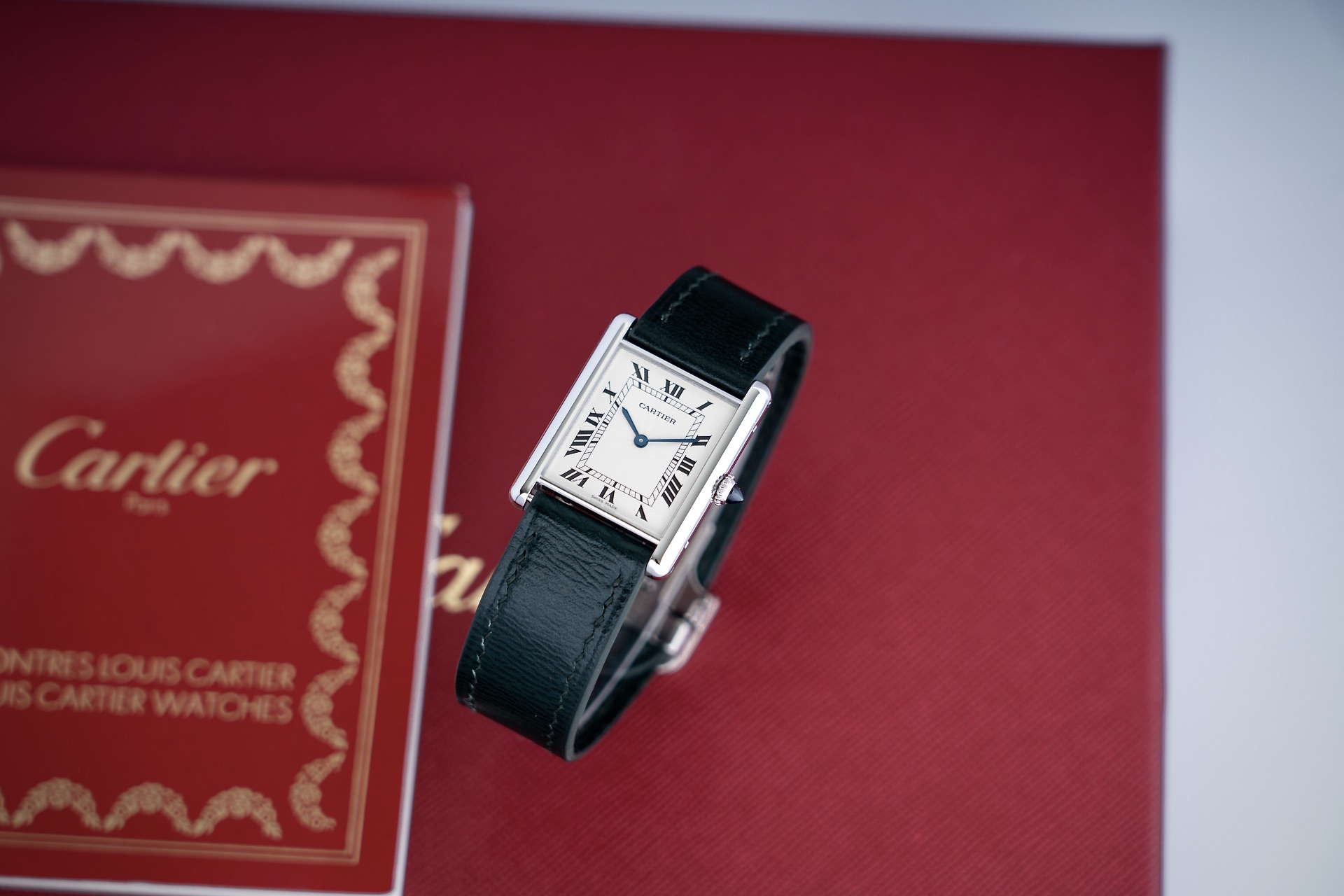 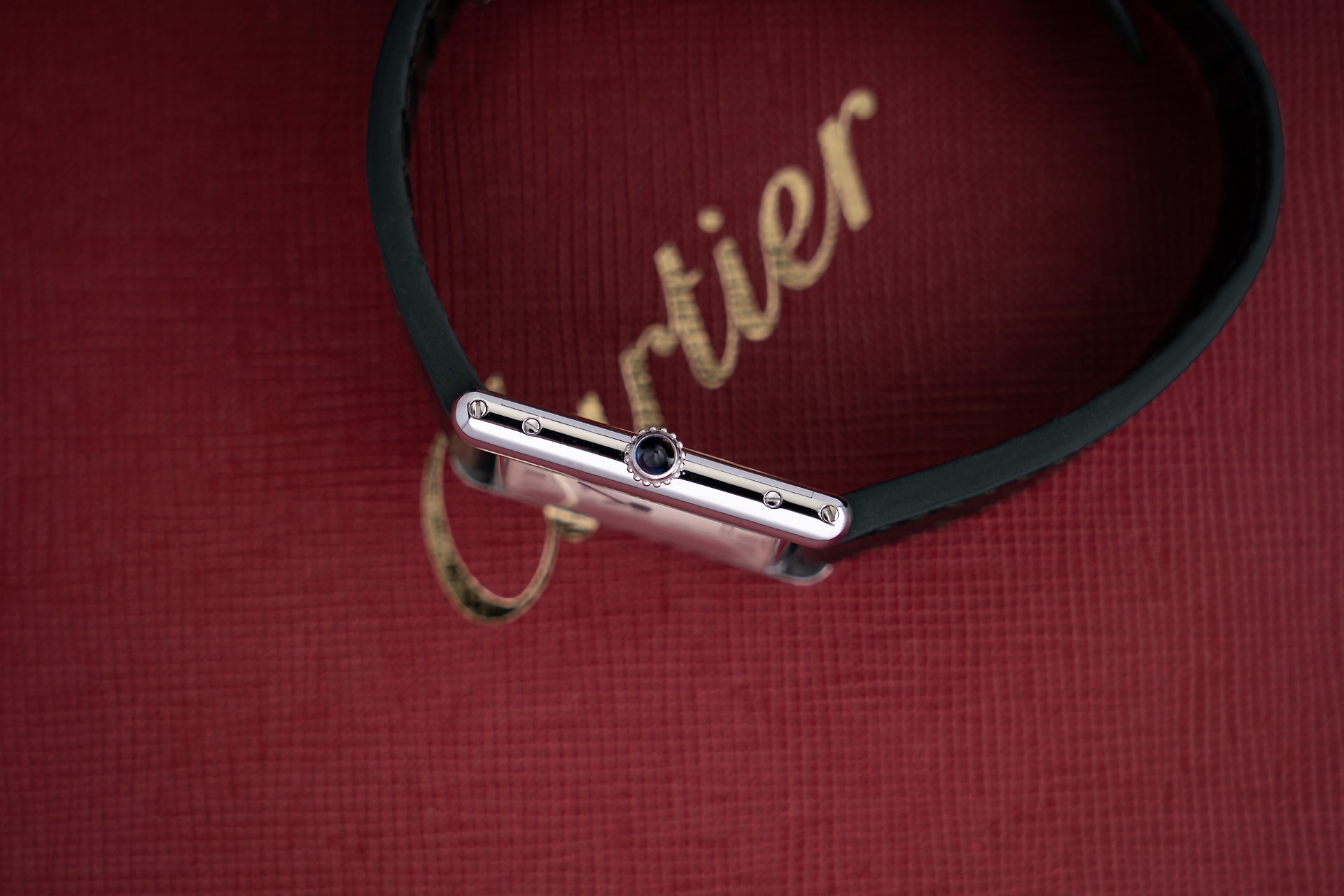 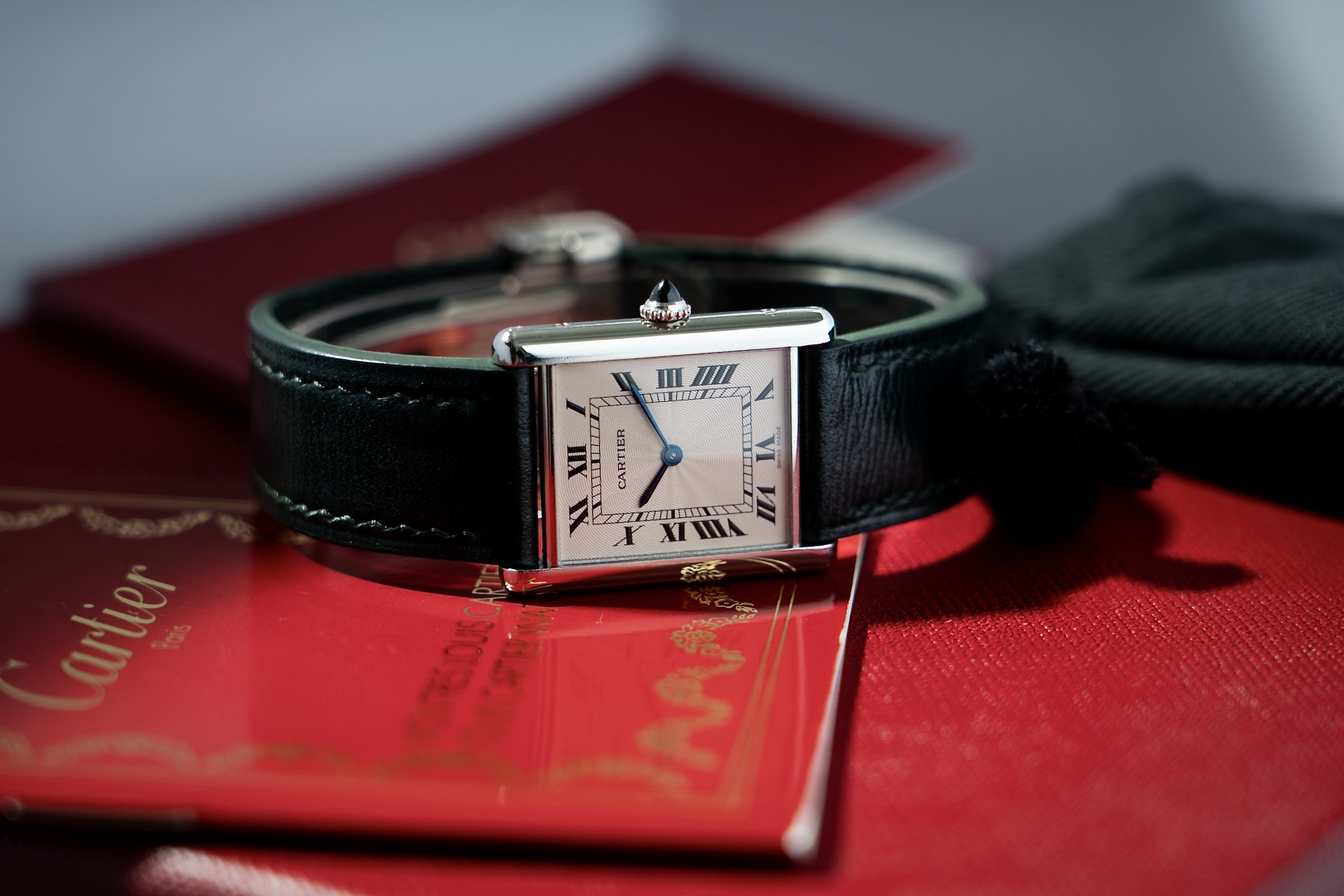 The ultimate understatement; there is no better way to describe this Tank Louis Cartier. It is one of the purest expressions of Haute Horlogerie, timeless, elegant, yet full of character and finesse. While it wasn’t the first Tank that Cartier designed, this is the one that became THE Tank. It is no wonder that the world’s greatest were drawn to it. It graced the wrists of Clark Gable, Muhammad Ali, Tom Ford, and Ralph Lauren. Andy Warhol was so enamored by the Tank Louis Cartier that he owned several.
This platinum Tank Louis Cartier is the ultimate version to have when it comes to this exceptional watch. It has the classic proportions as designed by Louis Cartier himself, and combines this with mouthwatering details such as the very fine guilloche on the dial and the rather pointy sapphire cabochon set in the crown. Its refinement also continues inside the case, as Cartier opted to have this Tank powered by a Frederic Piguet caliber 21. This ultra-thin manual wound movement was originally introduced in 1925, and still counts as one of the most exceptional ultra-thin movements ever made. It has a height of just 1.73mm, making it still one of the thinnest movements ever made.
The platinum case gives this modestly sized watch a pleasant heft. The unique luster of this precious metal is instantly recognizable by connesieurs, and provides this Tank Louis Cartier a timeless contemporary look. Unlike its far more common yellow gold siblings, the platinum version looks surprisingly more casual, making it very versatile to wear. Its wearing comfort is also second to none, thanks to the original folding clasp that Louis Cartier designed with Edmond Jaeger (of Jaeger-LeCoultre). While it was never a limited edition, its precious metal case and equally heft price tag made it that Cartier only made a handful of watches of the ultimate Tank Louis Cartier, which are therefore only rarely seen on the market.
This platinum Tank Louis Cartier has recently gotten a full service at Cartier, and it is fitted with an exceptionally refined strap, which was custom made for the previous owner in Switzerland. The watch was not worn after the service, and the new strap was fitted, allowing this unique privilege to its future owner.