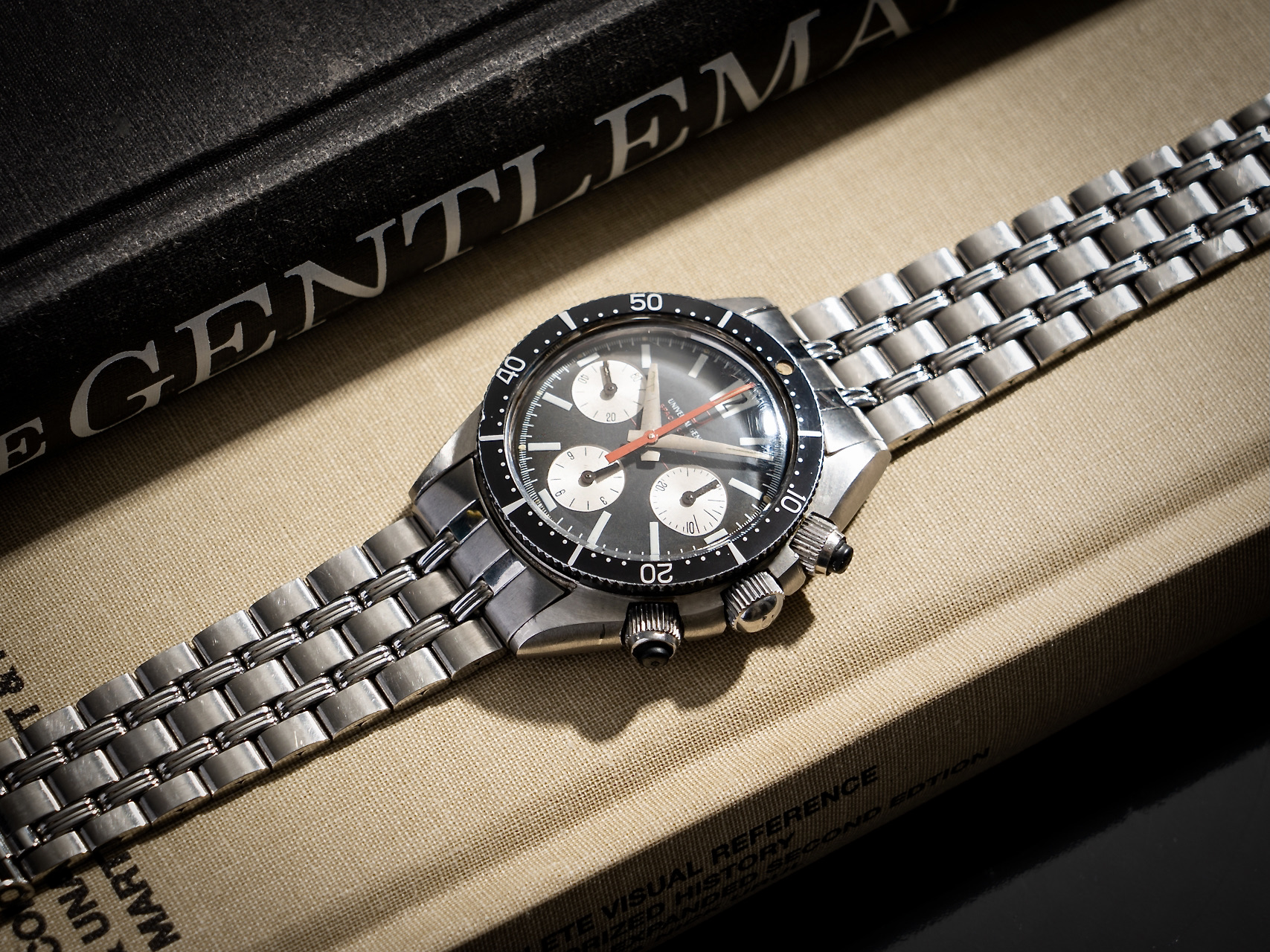 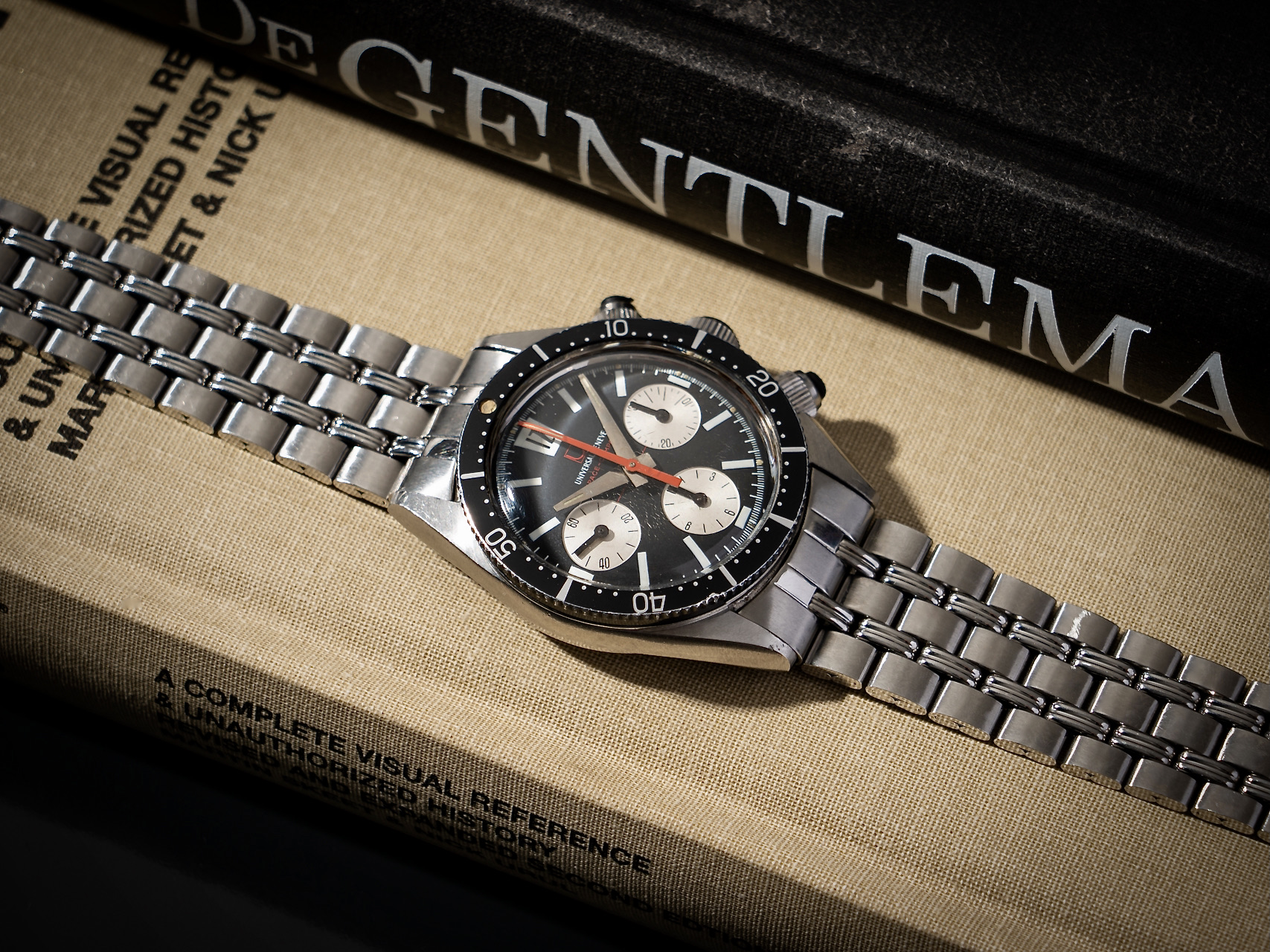 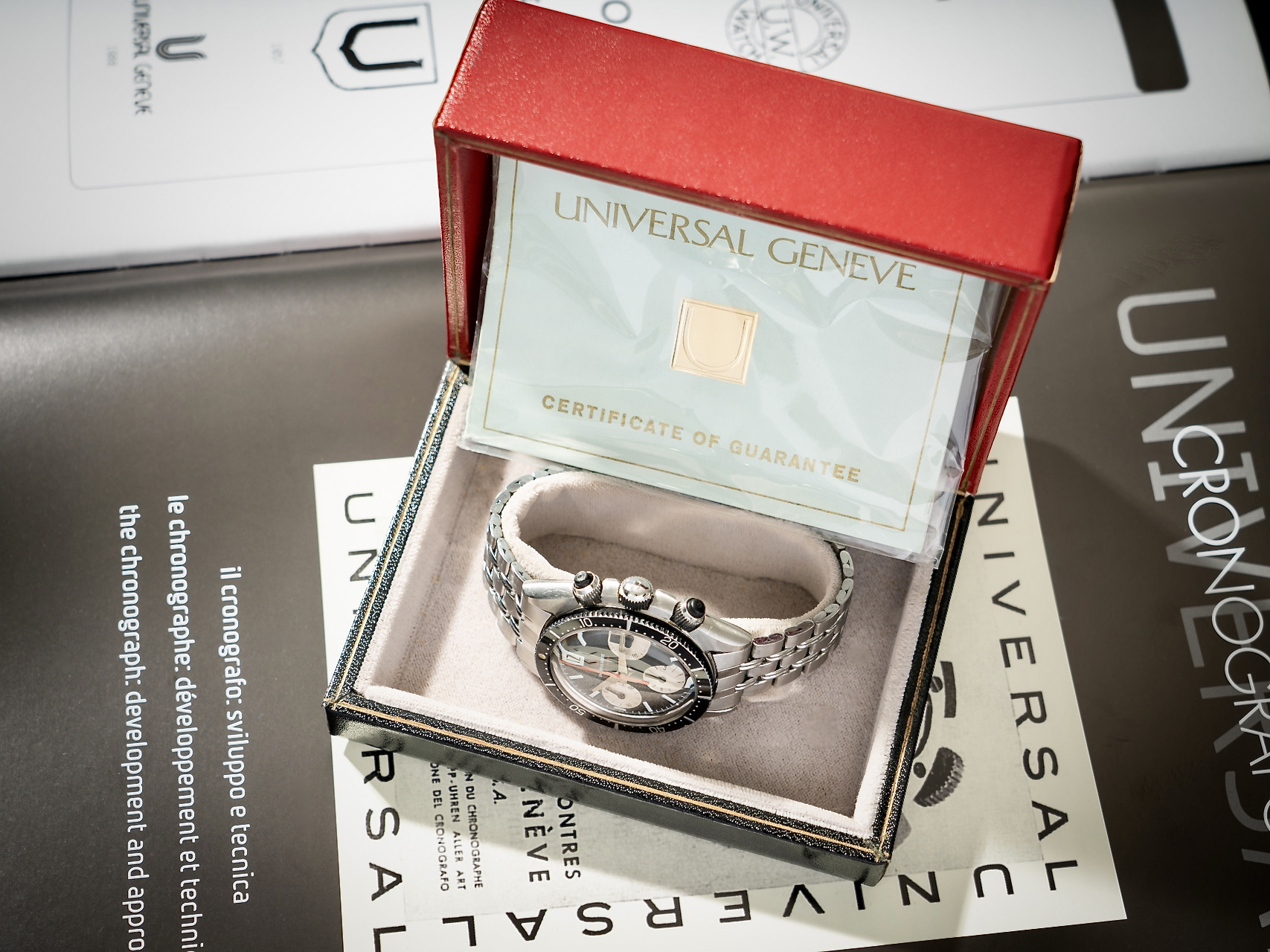 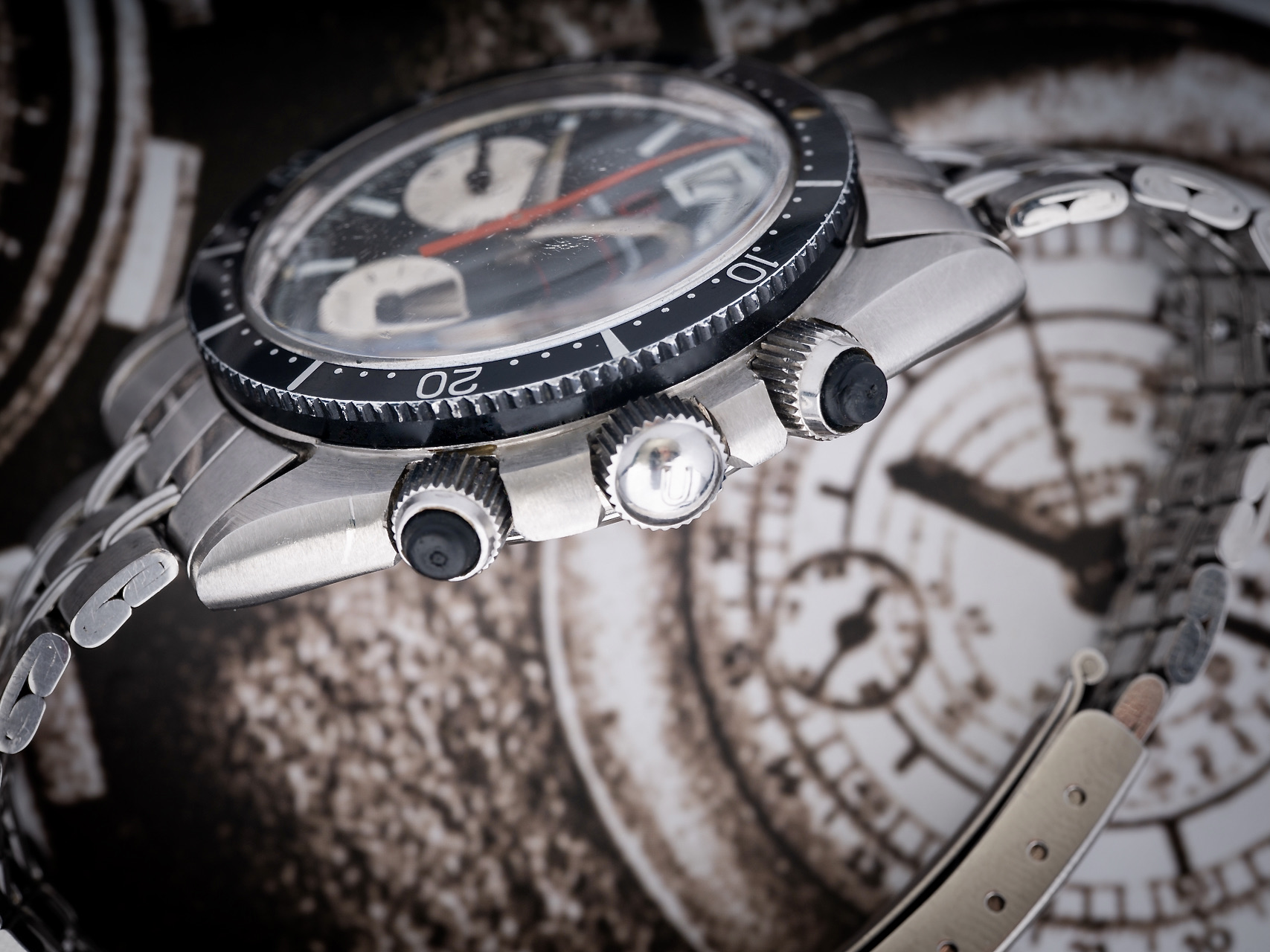 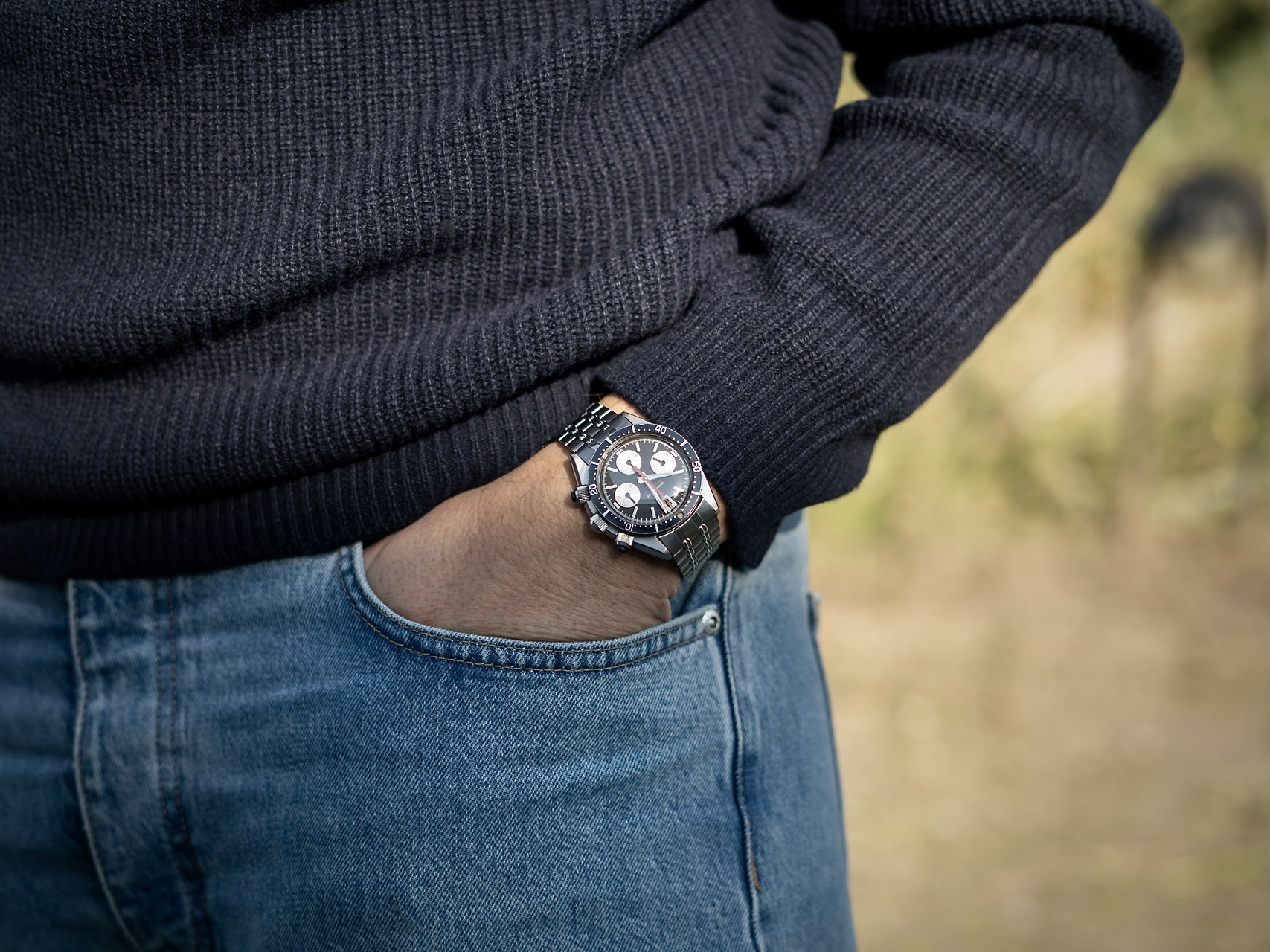 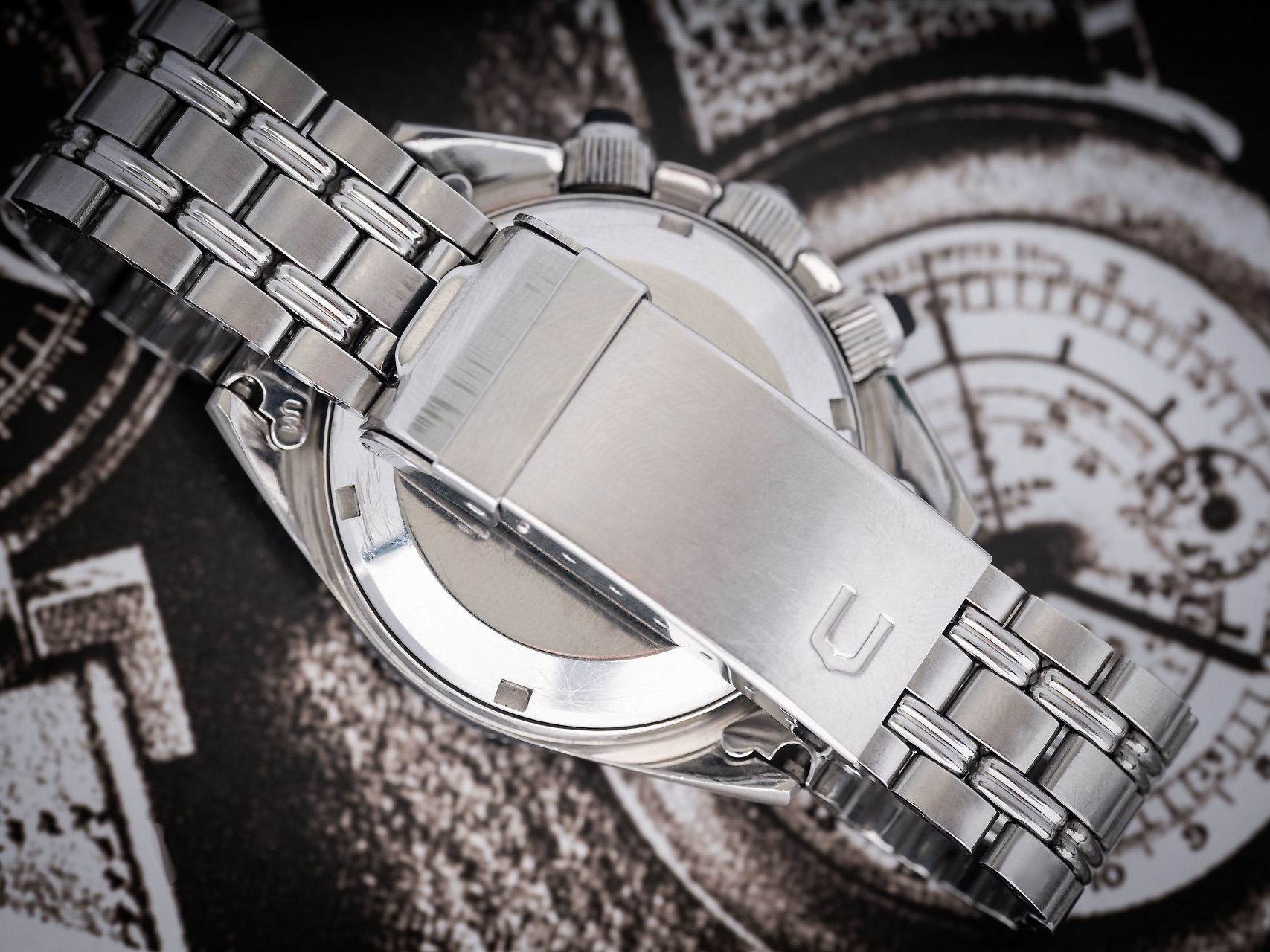 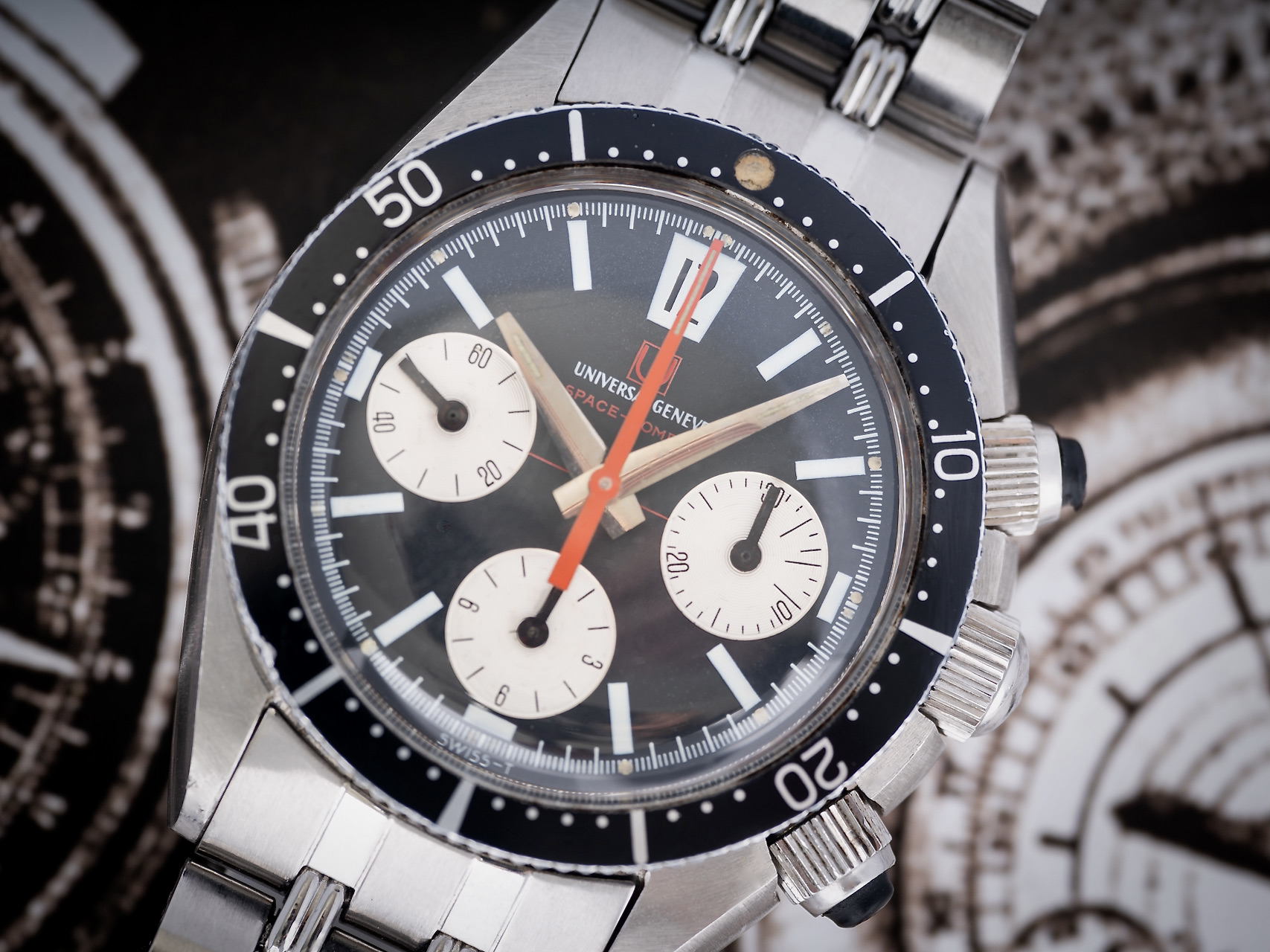 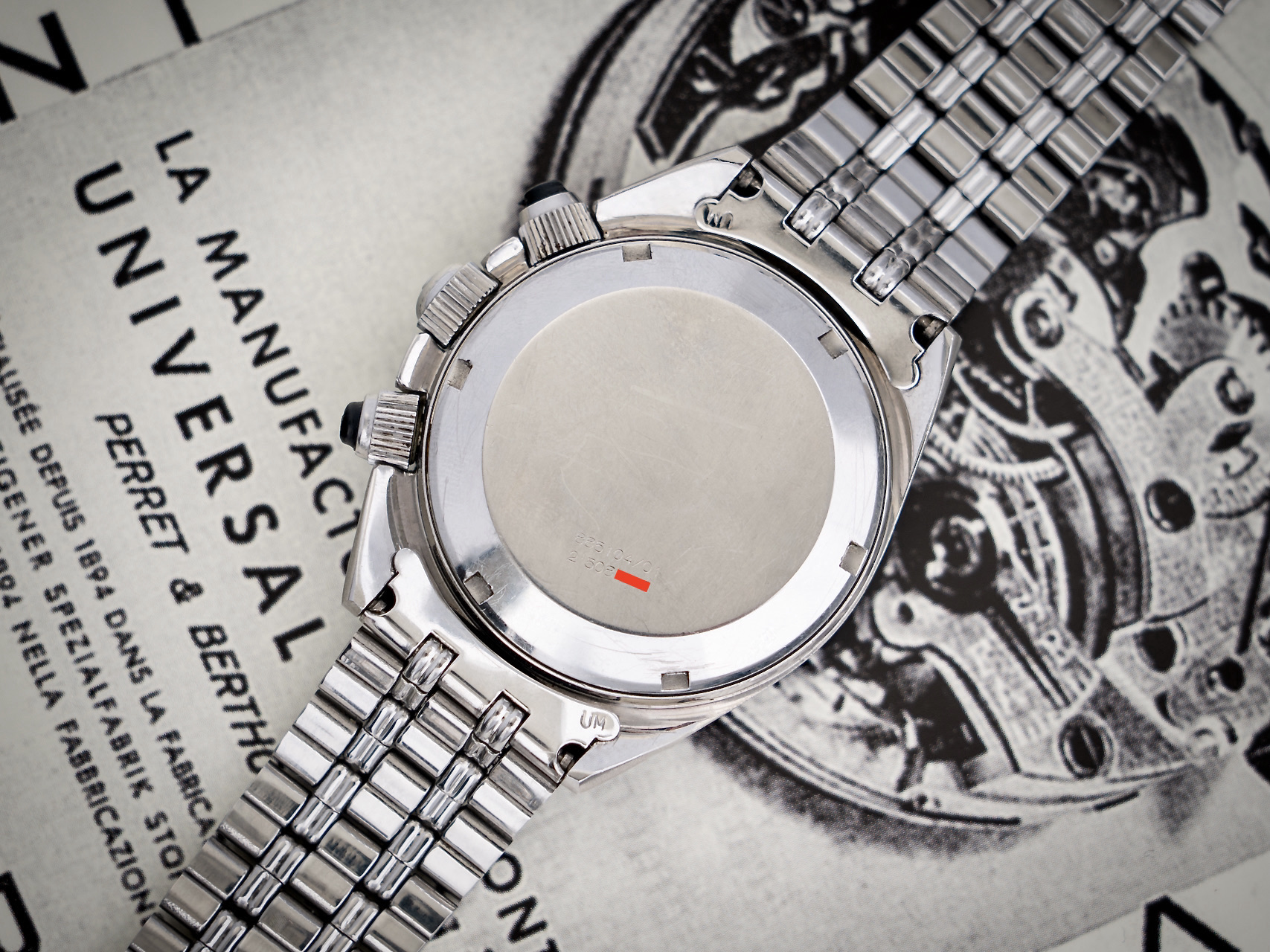 You are looking at a rare UG Space-Compax (Mk1) from 1968. The watch is in a very well preserved condition, with fully original pushers, including the U signed crown and “U” signed plexiglass domed crystal. The overall watch remains in excellent conditions with all original parts, including its original UG box and UG warranty signed and dated in 1970.

The entire case is very solid and shows little signs of polishing, yes there are some traces of wear on the case, but this is consistent with its age and use as a tool watch. That beautiful matte black dial with it’s red details and funky 1960’s design is still spotless with clean sub-dials and original hands all-over. Personally I very much like those fat minute and hour hands and the bright red, chronograph counter hand, these look like they mean business and make the overal watch look like a true professional Toolwatch. The original, black aluminum insert with its 60 minutes partition still remains in a pretty good condition with some nicely aged, custard colored Tritium inside the round dot on the 12 position. We believe that the “U” signed domed crystal is also still the original from the 1960’s as the entire crystal is showing so-called Craquelé lines all over the plexiglass from aging.

This UG Space-Compax B&P, Divers Chronograph is worn on the beautiful and rare “U” signed Double Beads of Rice, Gay & Freres bracelet, with a Divers Fliplock clasp. That clasp is dated 1/68 on the inside and therefor matches perfectly with the rest of the watch. The famed Valjoux 72 movement was fully checked by our watchmakers and is running smoothly with all complications functioning accordingly. She will be sold with our 24 month warranty.